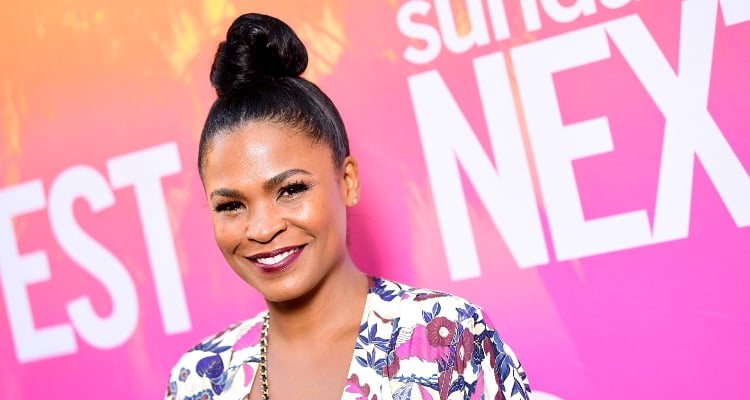 Who’s excited for Empire season 4? The Lyons are back with more music, drama, and the best ensemble cast on TV. Season 4 continues from that jaw-dropping season 3 finale. But there’s something missing besides Lucious’ memories. What happened to Giuliana Green on Empire? Three episodes into this season and Lucious’ ex hasn’t been seen so far. Who plays Giuliana on Empire? Here’s what you need to know about Cookie’s one time rival.

Nia Long, who we know from the Are We There Yet? and The Best Man franchises on the big screen, joined the cast of Empire in season 3. From the moment she appeared on the show, we knew she was going up against the Lyon matriarch at some point.

She played the mysterious vixen with underworld connections, Giuliana Green. The Las Vegas club owner was approached by Lucious Lyon (Terence Howard) who is seeking to expand Empire Enterprises into Las Vegas.

Of course it wasn’t all business. As it turns out, she’s another one of Lucious’ blasts from the past. They have a romantic history when he first tried to expand into Vegas. Lucious and Giuliana rekindle their somewhat shady romance, and Cookie (Taraji P. Henson) has her snake-in-the-grass antenna up.

So Giuliana is invading Cookie’s kingdom, using Andre as her pawn and claiming the song “You’re So Beautiful,” which we thought Lucious wrote for Cookie, was written for her. So yes, Lucious was fooling around with her while Cookie was rotting in prison. But things ended when Giuliana double-crossed Lucious and her husband at the time. The same husband we see her kill in cold blood.

Giuliana was playing Lucious again, or so he made her, Cookie, and all of us believe. In the season 3 finale, he paid her in the same coin, sneakily having her sign her share in the club away under the guise of a gaming license. Everything is fine between our “Coocious” couple after Giuliana vanishes off-screen.

Next thing we know, Andre couldn’t call off the hit on Lucious on time. His car explodes and Lucious lands in a coma only to wake months later without his memories.

Where Is Giuliana Now?

After Lucious double-crossed Giuliana, we didn’t see her at all. Frankly, if the man you’re seducing for 10-plus episodes professes his love for your rival and takes back the money you stole from him, we’d be hiding our faces in humiliation too.

But Giuliana is in hiding for completely different reasons. She’s a shady woman who has done some bad things and now lost the protection of her club business front. Plus, she pissed off Cookie. You do not come out of that unscathed.

She gets a mention in the season 4 premiere where we come to know she’s on the run, but the police are closing in on her. The NYPD is questioning Andre about her but he’s playing innocent. That doesn’t stop him from flirting with Det. Pamela Rose who’s investigating the case.

Pamela and Andre’s romantic game of cat and mouse continues even as she investigates them. During one of their rendezvous, Andre tells her that Giuliana is in hiding because she’s afraid of Lucious. Does that mean Giuliana doesn’t know Lucious has amnesia? Either way, Pamela doesn’t care and she’s going to get Giuliana one way or the other.

We can soon anticipate the return of Nia Long’s Giuliana on Empire, which airs Wednesdays at 8:00 p.m. EST on Fox.