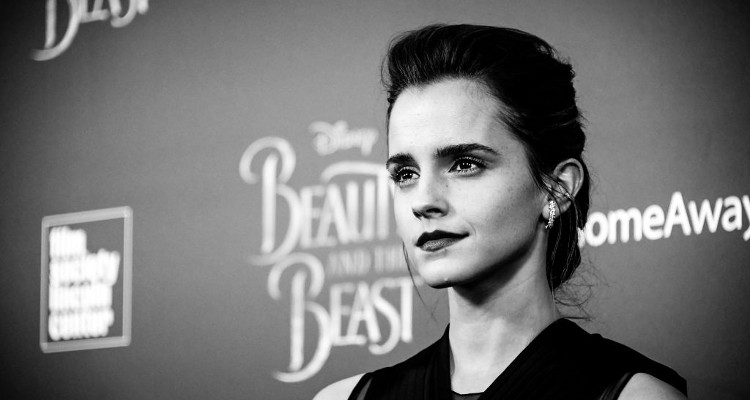 Emma Watson hit the Hollywood jackpot when she landed the role of Hermione Granger in the Harry Potter franchise. As she celebrates her birthday, how much as she earned over her career? Emma Watson banks a whopping $70.0 million net worth.

When Emma Watson brought the beloved Hermione Granger to life at the age of 10, many predicted that the actress will do great things. As she turns 27 years old, it’s almost like we’ve watched her grow and have grown with her. She’s one of the few child artists who averted the curse of early fame. Now, she’s a critically acclaimed actor, UN Goodwill Ambassador, an Ivy League graduate, and style icon. She’s also on her way to surpassing Jennifer Lawrence as the highest-paid actress in 2017. On Emma Watson’s birthday, her net worth is estimated to be $70.0 million. Here’s a detailed breakdown of the starlet’s wealth in Emma Watson’s net worth and a brief Emma Watson wiki.

How Rich is Emma Watson?

When a young Emma Watson auditioned for a role in a big-screen adaptation of a best-selling novel, the novel’s author, one J.K. Rowling, found her perfect female protagonist. Harry Potter and the Sorcerer’s Stone introduced Emma Watson as Hermione Granger and we all fell in love. She was 10 years old then and basking in early fame. The English actress has since earned a net worth of $70 million in her career.

She’s still behind Jennifer Lawrence’s net worth of $110.0 million, who earned $46.0 million in 2016 and was the highest-paid actress for two consecutive years. With the release of the remade Disney classic Beauty and the Beast, Watson is expected to top the Forbes list this year. Daniel Radcliffe is sitting on a $110.0 million fortune while Rupert Grint has $50.0 million. Tom Felton has a net worth of $35.0 million while the other famous young Emma, Emma Stone, has earned $18.0 million. Angelina Jolie, who starred in a previous Disney live-action remake has an unbelievable net worth of $200.0 million.

Also Read: Daniel Tosh’s Net Worth: How Much is the Comedian Making?

The following table shows how Emma Watson’s net worth stands compared to her Harry Potter costars and other actresses.

How Much Did Watson Earn from Her Movies?

The exact figures of the Harry Potter cast’s paychecks for the eight movies aren’t known. However, reports claim that Watson went from making roughly $3.0 to $4.0 million in the initial films, both within the Hogwarts universe and outside, to more than $14.0 million in the last three. Her acting salary alone amounts to approximately $15.0 million annually. And she admits her wealth makes her uncomfortable.

“By the third or fourth film, the money was starting to get … serious. I had no idea,” she said in an interview, “I felt sick, very emotional.”

She has done critically-acclaimed movies outside the Potter franchise earning hefty paychecks. She was paid around $8.0 million for the 2015 romantic thriller, Colonia and more than $10.0 million for the horror drama, Regression.

With Disney’s live-action remake of Beauty and the Beast being one of the biggest movies of 2017, the blockbuster has grossed over $900 million in the worldwide box office against a production budget of $160 million. Naturally, the stars of the movie are looking at a massive pay day. For her starring role as Belle, Watson was paid $3.0 million upfront. She also struck a deal wherein she could earn an additional sum of $15.0 million if the film grosses more than $750.0 million like previous Disney blockbusters like Angelina Jolie’s Maleficent. With the big bucks still rolling in, she might as well be crowned the highest-paid actress of the year.

Thank you to everyone who saw our film Beauty and the Beast! I saw so many lovely photos of families at the cinema together! Love, Em x ❤️? pic.twitter.com/FM1VZEJQDG

Here’s a look at Watson’s earnings from some of her movies.

By now we know acting isn’t Emma Watson’s only talent. She can sing and dance, get straight As, make groundbreaking speeches at the UN, and look simply spell-binding. Adding to her staggering income from acting is her big-time modeling and endorsement deals.

The Paris-born actress has done extensive ad campaigns for Burberry and Lancome. She reportedly is paid a six-figure sum though details aren’t disclosed. Her old ad with Lancome came under fire. After all, the skin lightening industry is a problematic one, especially when endorsed by a contemporary feminist icon. The debate that sparked following the controversial Lancome ad prompted a statement from Watson’s camp; the actress won’t sign beauty campaigns anymore.

Her rep stated that sometimes artists don’t have control over the use of their image. However, Watson won’t be associating with endorsements who “do not always reflect the diverse beauty of all women.”

She also created a spring collection for the Fair Trade brand, People Tree. The clothing line is eco-friendly and getting popular for her designs inspired by southern France and London. Watson now steps on the red carpet in eco-friendly fashions and promotes brands that encourage artisans.

#Repost @calvinklein with @repostapp. ・・・ At the #metgala, actor + activist @emmawatson in a custom Calvin Klein Collection look designed in collaboration with @ecoage and made from sustainable cotton, satin, and taffeta woven from recycled plastic yarn. #mycalvins #manusxmachina

Though one of the most popular actresses of the generation, Watson strives for a normal life. So she prefers to keep most of her personal details private. That means there’s a slim chance we’ll know about her fancy cribs or expensive cars and their price tags. Raised in London, where she lives with her family, Watson bought a house there recently and it’s paparazzi-proof.

“Privacy for me is not an abstract idea,” she says and went the extra mile to ensure no one knows about her new residence. She said she purchased the house unseen over a Skype call with the real estate agent.

She also has a boyfriend, Mack Knight, who’s reportedly is in the tech industry, and his parents love her. But she’s not going to talk about her relationship either. “I want to be consistent: I can’t talk about my boyfriend in an interview and then expect people not to take paparazzi pictures of me walking around outside my home. You can’t have it both ways.” So that’s that.

Watson was also looking at expensive condos in New York worth $15.0 million. No word yet on whether she purchased one, though. She has been spotted driving a few cars like a Prius, Audi, and a Cadillac Escalade.

And she also doesn’t do selfies anymore. Well, not with fans, at least. Though she will make exceptions (like with children, for example), she would still prefer to autograph something or have a conversation.