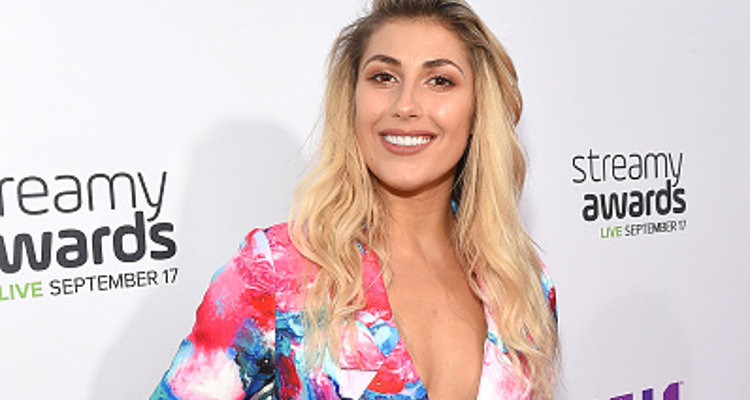 In case you missed it, or forgot to watch Dancing with the Stars last night, then you certainly missed out on the beautiful moment when Sasha Farber got down on his knee and proposed to Emma Slater during the show! Tuesday’s episode of Dancing with the Stars was definitely worth watching, not only because of the spectacular performances, but also because of the proposal. Many are now wondering, “Who is Emma Slater?”. If you’re one of those people, you may be searching the Internet with terms such as, “Sasha Farber’s girlfriend,” “Sasha and Emma DWTS,” “Sasha Farber and Emma Slater engaged,” and “Emma Slater’s Instagram.” Well, you can stop searching because we’ve got all the info you need, right here!

During the Tuesday night results show, viewers were in for a treat as they got to witness the brilliant performance by Sasha Farber and Emma Slater. Viewers were in for an even bigger treat after their steamy performance, as Farber did something everyone dreams about—he got down on his knee and proposed to Slater for marriage! Love is certainly present on the set of Dancing with the Stars! We all know a great deal about Sasha Farber, so let us get to know a little more about his new fiance, Emma Slater.

She was born as Emma Louise Slater on December 25, 1988 in Sutton Coldfield, England, but she was raised in Tamworth, Staffordshire, England. Since the time she was very young, Emma was highly into dancing. She attended local stage schools, participating in several productions. She has won many dance competitions in England. At the age of 10, Slater began her training in Ballroom and Latin American dance.

At the age of 15, Emma made an appearance in a George Michael music video called “Round Here,” which was produced by Bikini Films in London, England. Later, in the same year she participated in the fitness video, “Latinasize,” which was produced at the Pinewood Studios in London England. She has won several dance competitions and titles. In 2005, she won the British Under 21 Latin American Championships. In 2006, she won the 2006 United Kingdom Under 21 Latin American Championships. She even represented the UK in several dance competitions around the world! Slater has participated in several world tours and videos such as Simply Ballroom, Cuban Groove, Dirty Dancing, Cheek to Cheek, Latin Fever and Burn the Floor. She was also featured in the movie, Mamma Mia!

“Dancing with the Stars”

If you have been searching the Internet for the Dancing with the Stars proposal, then you should know that Emma Slater was dating fellow Dancing with the Stars professional dancer, Sasha Farber. The couple started dating in 2011 and in 2014, they broke up for a while. However, in December 2015, Sasha posted a picture on Instagram claiming that the couple were very much back together! The couple is now happily engaged since Farber’s proposal to Slater on live national television last night.

Although Emma Slater is eliminated from the show, she is still a brilliant dancer and we are really excited for her and Sasha Farber to begin their lives together! In case you missed the episode and want to watch the video, you can do so below.