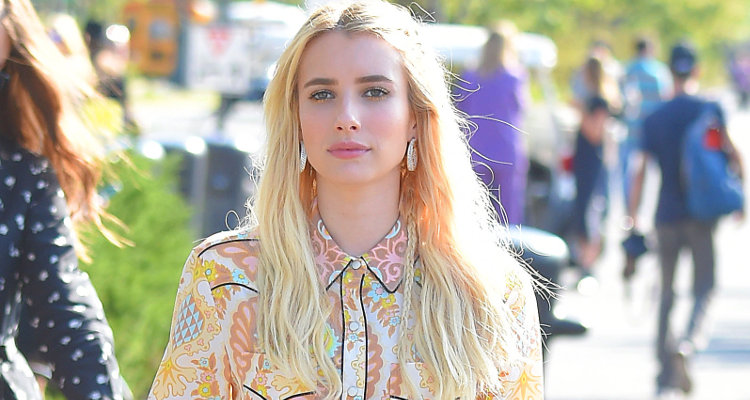 Emma Roberts is an American actor and singer. If you think she and her surname appear familiar, you are damn right! She is actually the niece of Hollywood star, Julia Roberts! Don’t believe us? Just check out Emma Roberts’ wiki page on the net. Since she acts and sings, people are asking “What is Emma Roberts’ net worth?” Don’t worry, we tell you all about Roberts right here.

Roberts was born on February 10, 1991 in Rhinebeck, New York to her mother Kelly Cunningham and actor, Eric Roberts. Eric is the brother of actress, Julia Roberts. Unfortunately Roberts’ parents separated when she was just a baby. As a child, Roberts used to spend a lot of time on the sets of her father and aunt Julia’s films. Though her mother wanted Roberts to have a normal childhood, she developed an interest in movies and in acting. These childhood experiences created a desire in her to become an actress. She followed her passion and today, she is a much sought after young actress in Hollywood.

Emma Roberts’ net worth is an impressive $15.0 million!

Luckily for her, she got a break in film at an early age. Roberts made her acting debut in the Johnny Depp film, Blow in 2001. She played Depp’s daughter and it was the first film for which she ever auditioned. The same year, she had minor roles in movies such as bigLove [a short film] and America’s Sweethearts. She also acted in two more films the following year, namely Grand Champion and Spymate.

Roberts became famous when she started acting in the Nickelodeon series, Unfabulous. She played the lead character, Addie Singer in the series, which ran for three seasons. Roberts received several teen awards for her role. The series also spawned off TV movies like, The Perfect Moment. By then, Roberts got noticed in Hollywood and started receiving film offers. She acted in Aquamarine in 2006. She achieved fame when she played the character of Nancy Drew in the film of the same name.

Roberts had grown up and started looking for mature roles in bigger films. She got a chance in the commercially successful and critically acclaimed film, Hotel for Dogs. She played the lead in the film Wild Child, where she played a rebellious character. She also appeared in films like Valentine’s Day, Memoirs of a Teenage Amnesiac, Scream 4 and Adult World. Roberts got rave reviews for her acting in Adult World.

A Love for Horror

Not many people are aware of this but Roberts is a singer as well. She first released an album in 2005 called Unfabulous and More, as a soundtrack for her TV series. She had a couple of hit singles from the album called “I Wanna Be” and “Dummy.” However she has focused more on her movie career than on her career as a singer. With so much work behind her, people often ask, ”How old is Emma Roberts?” She is just 25 years old.

Roberts has done philanthropic work, as well. In 2016, Roberts told stories about the people killed in the Orlando Gay nightclub shooting. This video tribute was done on behalf of the Human Rights Campaign. With a sensible head on her shoulders and advice from her aunt Julia, it looks like Roberts is here to stay. She is young and talented. She is one of the bright young talents to look out for in Hollywood, so keep your eyes peeled for her!