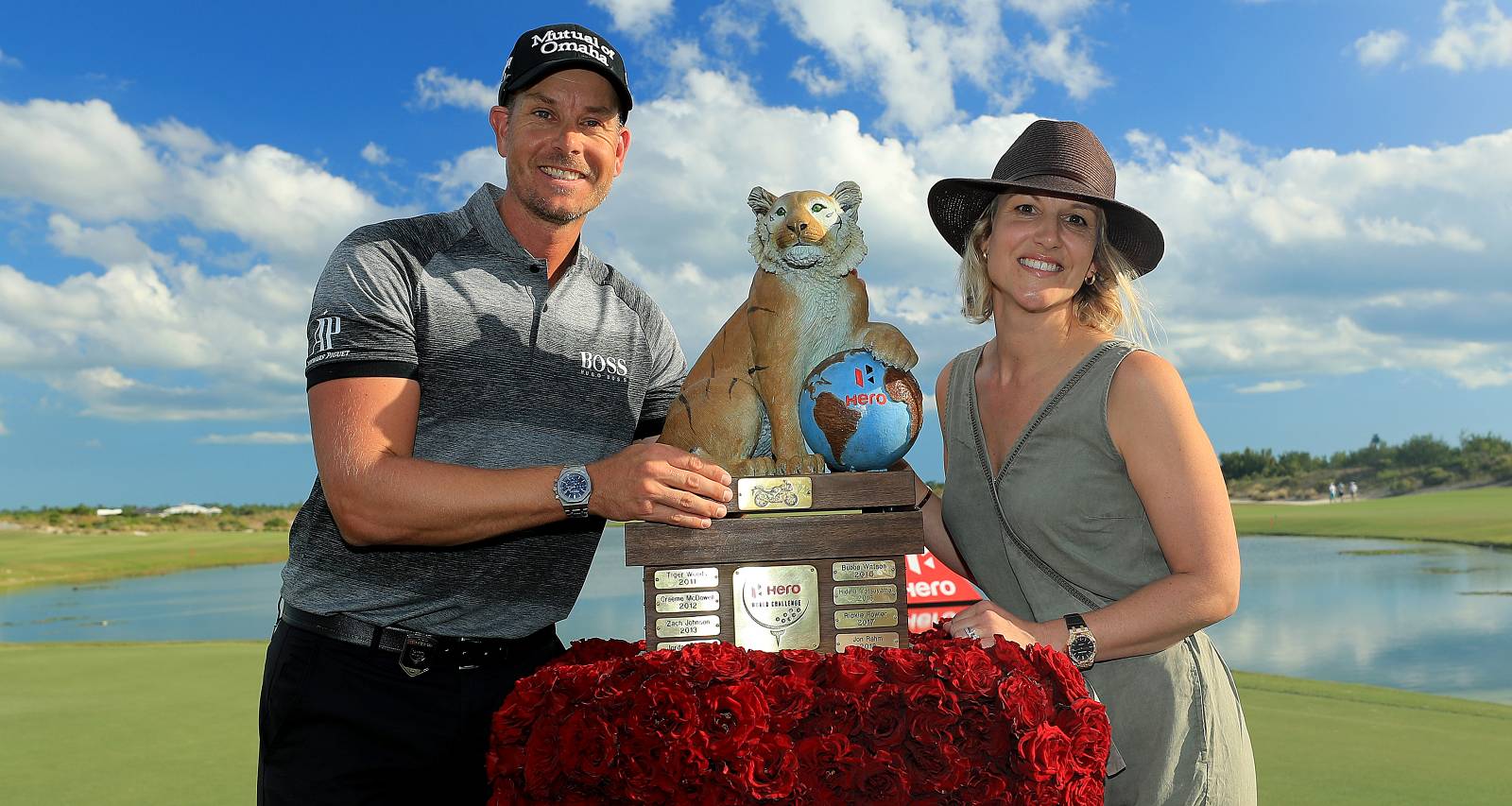 Henrik Stenson of Sweden poses with his wife Emma Stenson and the trophy after the final round of the 2019 Hero World Challenge at Albany on December 07, 2019 in Nassau, Bahamas. (Photo by David Cannon/Getty Images)

The whole world is talking about Henrik Stenson. On Sunday, July 17, 2016, Stenson won his first major title at the Open Championship at Royal Troon. Henrik Stenson’s wife, Emma Löfgren, has been supporting her husband’s career choices from the beginning.

Although Emma Löfgren was not on Hollywood’s radar before her husband’s success, she has now turned out to be a part of one of the world’s most popular sports couples. Getting to know some cool facts about Emma Löfgren and Henrik Stenson’s kids will be great thing to do today!

There’s no doubt that Emma Löfgren Stenson’s bio is probably filled with information about her husband’s amazing career, but it gives minimal details about the Henrik Stenson family, and it  that does not tell you everything about what kind of woman she is. Hence, you need to check out these cool facts about Löfgren, which will give you a glimpse about how lucky Stenson is to be married to her. If you want to learn more details about Emma Löfgren and want to see Henrik Stenson’s wife pics, then you need to keep reading.

Her love for her husband Stenson’s career is because of her knowledge and experience in the same sport. Löfgren studied at SEC school for four years. In the year 1999, she helped the Lady Gamecocks to a 14th place finish at the NCAA Division I Championships. Although both Löfgren and Stenson are from Sweden, they did not meet until Löfgren was in college.

Great week in Germany winning the BMW International Open once again! Thanks for all the support! H #bmwinternationalopen

Although they both hail from the same country, they lived in two opposite areas. Stenson was from the southern side of the region and Löfgren used to live in the Northern side. As the Henrik Stenson girlfriend and fiancee, Löfgren never imagined she would get married to her long-term boyfriend. They went for their first date in 1997 and got married after 10 years (in 2006) in Dubai. The pair stayed in Dubai for six more years before finally moving to the United States.

While growing up, Löfgren had two options: either to make golf her profession or to be a skier. She selected golf, although she was a trained alpine skier. Despite golf being her profession, the family still hits the mountain regularly to enjoy skiing, as well. They even have jet skis, which they ride whenever they go for the trip. Henrik Stenson’s kids, Lisa and Karl, both enjoy skiing, too.

Löfgren Is a Mommy

Henrik Stenson’s family includes his wife and three beautiful children. That’s right Löfgren is a mommy of three kids! In 2007, less than a year after their marriage, Löfgren and Stenson welcomed their first child, Lisa. Lisa was born in Dubai and is also known “Princess Lisa.” In the year 2010, they welcomed their second child, son Karl, whom they lovingly call “Kalle.” Like Lisa, he was also born in Dubai. Löfgren and Stenson’s youngest daughter, Alice, was born in October of 2014 in the United States.