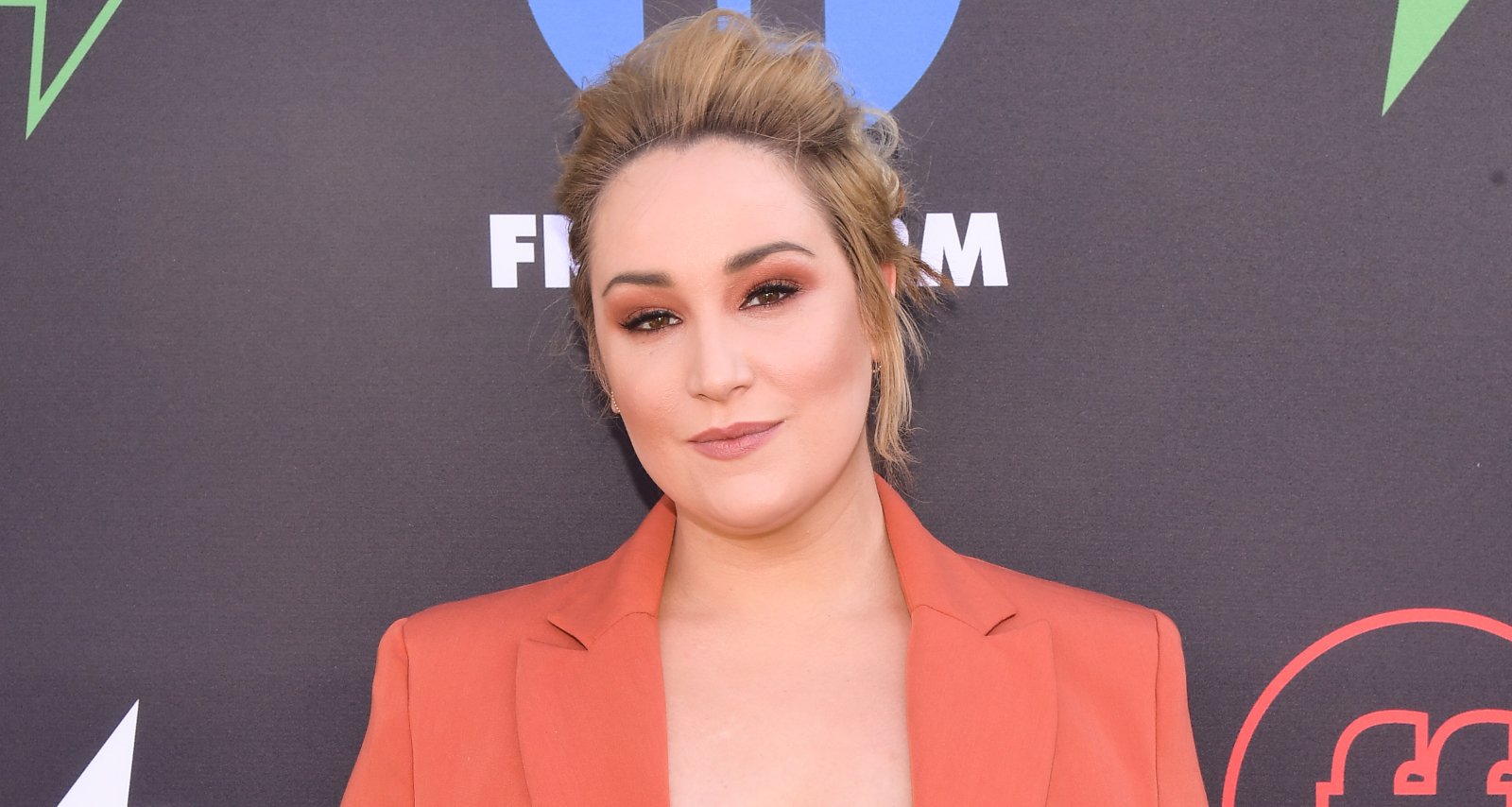 Freeform is leading the charge with an amazingly diverse cast in The Fosters‘ spinoff, Good Trouble. Joining the talented cast is the multi-talented and inspiring Emma Hunton. You probably heard of her before her role as body-positive activist Davia in Good Trouble. Nonetheless, if she somehow slipped off your radar, we’ve got Emma Hunton’s wiki to catch you up with this rising star.

Emma Hunton’s Mother Was an Actress

Emma Leigh Hunton was born on August 26, 1991 in Los Angeles, California. Her mother, Erica Hunton, was also an actress.

Well, nothing's changed and I look exactly the same.

Erica Hunton was a child star in the ‘70s. She appeared in 1973 episodes of the James Arness-starring Western, Gunsmoke. She later portrayed two different characters in separate episodes of the CBS series, The Waltons.

Erica supported Emma’s entertainment pursuits while working, as the starlet said in an interview: “Growing up, my mom was a waitress supporting me while I went on auditions. As I got older, my mom became more involved in the industry and started working with a friend who owned a talent agency. She’s been working there for the past several years (and she’s great at it).”

Besides being an amazing actress, Emma Hunton is blessed with a heavenly voice that she’s put to good use in musical theater. She’s consistently bagged lead roles in productions like Rent (off Broadway), Spring Awakening on Broadway, and a Next to Normal national tour, just to name a few.

Theater critics were in awe of Hunton’s Elphaba and they were further delighted when she played Ellie in the Disney Theatrical Productions adaptation, Freaky Friday The Musical, in 2016 and 2017. Heidi Blickenstaff would resume the role of the mom, Katherine, in the Disney Channel movie of the stage production. But Cozi Zuehlsdorff replaced Hunton in the TV film.

Hunton Made Her TV Debut When She Was 8

Like her mom, Hunton ventured into the acting industry at a young age. She made her debut in 1999 with an appearance on the CBS legal drama, Judging Amy. That same year, she played the protagonist in an episode of the Chicken Soup for the Soul TV adaptation.

She went on to make another scripted TV appearance in 2003, when she played Connor’s (Vincent Kartheiser) sister in the Buffy the Vampire Slayer spinoff, Angel. That followed with an appearance on The Drew Carey Show.

Hunton would focus more on music and theater in the years following. Her last TV role before Good Trouble was in a 2010 episode of Disney’s Sonny With a Chance, which starred a young Demi Lovato.

Hunton is billed as a recurring character on Good Trouble. However, she’s making a big impact as Davia, a teacher by day and body-positive influencer by night.

Hunton Is a Body-Positive Activist

Good Trouble is blazing a trail with their diverse group of talented young actors and tackling tough topics like its parent show, The Fosters. Good Trouble‘s Davia and Emma who portrays her are similar in more ways than one.

Davia is a top body-positivity influencer on the show and Emma is getting there, too. The actress is an advocate for embracing all body types.

In one of the many thought-provoking videos released by the cast of Good Trouble, Hunton breaks down how damaging bullying someone over their weight can be.

On her Instagram, where Hunton has over 24K followers and growing, she encourages a healthy body image, which comes from her own experience. Sharing an image of her younger self, Hunton wrote in the caption that she once fell prey to the skinny-is-beautiful mindset.

She said that she restricted her eating to become thinner, but didn’t feel beautiful at all. She now embraces her body, curves and all, and is happier than she was back then.

Hey kids, here’s a picture of me when I was putting an unhealthy eating mindset to achieve what I thought was the ideal standard of beauty. Do I look beautiful? YES! Did I feel beautiful? NO. Did I do this in a healthy way? NO! I restricted my eating and developed a nasty habit of thinking my size defined my happiness or who I was as a person/performer. Spoiler alert, it didn’t make me better at either. I’m posting this so you all know I practice what I preach. And you are beautiful, even when you think you’re not. I see you. You are beautiful and you are perfect how you are. If we keep changing our bodies to fit everyone else’s standard of beauty we will all be miserable and we’ll find that it will never be good enough, so why not wake up every day and love what you see in the mirror? At the end of the day, you only have to make yourself happy, and literally EVERYONE else can fuck themselves. Love you all. 🖤

The actress tied the knot with Ryan Duval in October 2017. Duval is a chef who’s currently working at The Wallace in Culver City.

After studying sociology at Fullerton College and Cal State San Bernardino, Duval studied the culinary arts at Le Cordon Bleu. He has since worked in several restaurants in California.

She Performed with a Young Ariana Grande

Almost a decade ago, Hunton was a regular performer at New York City live music hotspot, (Le) Poisson Rouge. It was not uncommon for guest artists to join her on stage.

In one such collaboration, Hunton was joined by a smol Ariana Grande to sing a medley of Britney Spears songs. Then 13 years old, Ariana was sans signature ponytail and still a budding Nickelodeon starlet. Check out their performance below.

And clearly, Hunton goes way back with the Grandes. Not only did she perform with pre-fame Ariana, she recently collaborated with Ariana’s half-brother, Frankie Grande.

Emma and Frankie released their song, “The Mad Ones,” in September 2018 and it’s a must-listen.