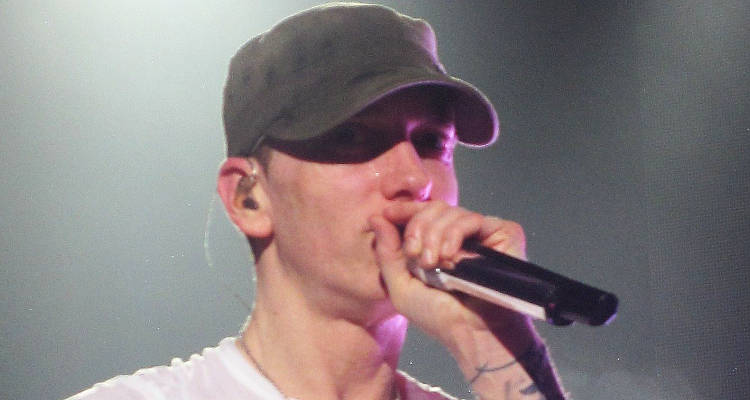 Marshall Bruce Mathers III, better known to the world as Eminem, hasn’t released an album in almost three years—not since 2013’s The Marshall Mathers LP 2. With a wait that’s only getting longer by the minute, fans are obviously clamoring for news on the megastar rapper’s next album. Well, word has begun to spread that such an album could be sooner than anyone thinks; in fact, it may very well be released this year, if the rumors are to be believed! When will Eminem’s next album really drop?

According to recent reports, Eminem has spent a lot of time recently in the recording studio. While that’s nothing new for any musical artist, let alone one this popular, it’s suspicious given how quiet a year 2015 was for the rapper. For the entire year, he was only confirmed to work on a single album, and it technically wasn’t his; rather, it was a soundtrack he produced, which was for the movie Southpaw starring Jake Gyllenhaal.

That being said, it’s not as if Eminem released zero content last year. The aforementioned Southpaw soundtrack featured two new songs from the rapper, “Kings Never Die” (which also featured Gwen Stefani) and “Phenomenal.” He was also heavily involved in Shady XV, a compilation album featuring artists from Eminem’s label, Shady Records, and yet another new song from the man himself, which shares its name with the album. Another song on the album, “Detroit Vs. Everybody,” featured Eminem doing a seven-minute-long freestyle.

As for “Slim Shady” in other media in 2015, he only had two television appearances, and both were interviews. One was Zane Lowe’s first interview in Beats 1, Apple’s radio station, which was streamed in July. The other was on the public access show Only in Monroe, the “Monroe” being the town in Michigan, in which he was interviewed by another guest, TV personality Stephen Colbert; this interview also aired in July of last year. It was also announced in June that Eminem would executive produce the new series Motor City, which is based on Narc, a 2002 movie about the investigation into an undercover police officer’s murder.

However, it may be wise not to get your hopes up. According to Denaun Porter, who is in the hip-hop group D12 with Eminem, “Em doesn’t work like that. He’s gotta feel that there’s things to talk about and things to say. I mean, he’s working on some other things that I know of. He’s working on a Slaughterhouse project that’s gotta come out.”

Does this mean all hope is lost for a new Eminem album before 2017? Not necessarily. Porter could be out of the loop (unlikely) or simply lying for the sake of surprising fans. It’s also possible that the rapper will suddenly get a burst of inspiration and hit the studio hard, cranking out something new before the year’s end. After all, it’s hard to believe that an artist of his caliber didn’t at least brainstorm some ideas for his next album during a relatively simple year. But all fans can do for now is hold out hope for a more concrete announcement!