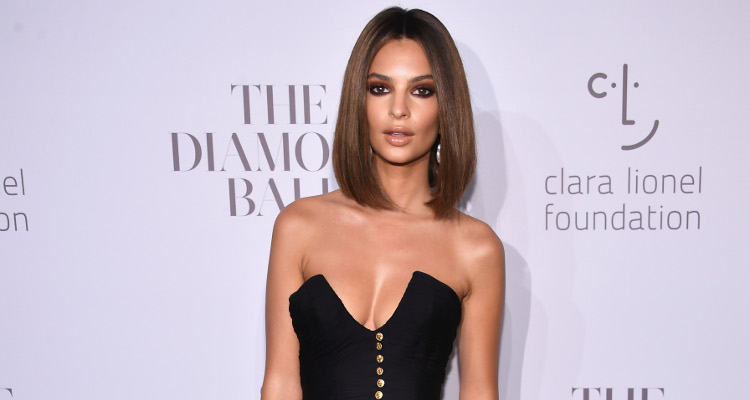 The breathtaking Emily Ratajkowski has recently made another stunning cover appearance, this time for the German version of Vogue Magazine. The publication spoke with her for a lengthy, insightful interview, and of course, with an interview comes a photo shoot. Obviously the model was proud of this recent set, because the Emily Ratajkowski Instagram features the star posting some of the images, including the Emily Ratajkowski Vogue cover! Scroll down to see a preview of what Germans have to look forward to.

Thank you @voguegermany for this wonderful cover ✨ Grazie amoure @giampaolosgura ??

Behold: the Emily Ratajkowski Vogue cover! And we must say she looks stunning, though given that it’s Emily Ratajkowski, she definitely wearing more clothes than we’re used to seeing her wear! After all, she’s best known for being very comfortable with nudity. “Thank you @voguegermany for this wonderful cover,” she wrote, also thanking the photographer, Giampaolo Sgura.

That moment when @voguegermany makes your cover into a t-shirt ?? Win one for yourself via vogue.de/emily

The above cover may just be one of many great Emily Ratajkowski pics to us, but to her, it was a keeper. In fact, the cover was so well received, either by Vogue Germany’s staff or Ratajkowski herself, that it was made into a t-shirt! “That moment when @voguegermany makes your cover into a t-shirt,” Ratajkowski wrote about this pic of her wearing it.

Me as Lady Godiva for @harpersbazaarus ?? Naomi Wolf is someone I grew up admiring. Her ideas in The Beauty Myth and Promiscuities helped me to develop the opinions I carry today. Check out our conversation on feminism, selfies and sexuality. Link in bio.

If you were worried that living outside Germany would mean not getting your Emily Ratajkowski fix, she also recently was featured on the web site for the North American version of Vogue. The site looked back at the times she enforced her own brand of feminism, including the recent photo shoot this above photo comes from. The shoot was designed to be an homage to English noblewoman and arguable proto-feminist Lady Godiva, who rode nude on a horse to obtain a remission for the taxation her husband applied to his tenants.