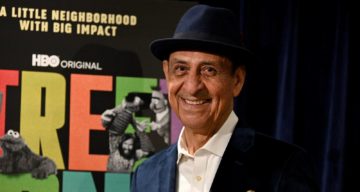 Emilio Delgado attends the "Street Gang: How We Got To Sesame Street" Special Screening at Symphony Space on December 10, 2021 in New York City. (Photo by Alexi Rosenfeld/Getty Images)

The theme song may feature someone asking how to get to Sesame Street, but nobody has ever inquired about how to leave. But that’s what three members of the cast now have to ask themselves as they have been released from the show. One, Emilio Delgado, who played Luis on Sesame Street, is particularly noteworthy, given how long he was on the show and his career in general. Why was Emilio Delgado fired? What was Emilio Delgado’s salary before his release? What is Emilio Delgado’s net worth after playing Luis from Sesame Street for so long? These questions and more will be answered in our four facts below.

Emilio Delgado was born in Calexico, California on April 8, 1940, making his current age 76. While Luis from Sesame Street was his first major role, it also led to other ones. His first film role was in the 1975 TV film I Will Fight No More Forever in 1975 and his first non-Sesame Street TV series role was in an episode of Cannon in 1976. His most recent TV appearance that didn’t involve Muppets was an episode of the U.S. version of House of Cards last year. He also has numerous theater credits and has performed occasionally with the band, Pink Martini, even appearing on their latest album.

Delgado first appeared as Luis on Sesame Street in 1971, making him both the first human to appear on the show—before him, it was 100% puppets—and the Mexican-American actor with the longest time playing a single role on a regular TV series. In addition to the show itself, he has also appeared as Luis in numerous live performances, teaching the rest of the characters about Hispanic culture in later seasons.

Emilio Delgado was fired from Sesame Street alongside other show veterans, Bob McGrath and Roscoe Orman, meaning they and likely their characters will not return for the show’s 47th season. The reason cited for their departure is the show’s move from PBS to HBO, as the show will receive a subsequent retooling. Changes include a move from hour-long episodes to 30-minute ones, as well as updating the show itself to account for the modern world, such as having Cookie Monster use a tablet and Oscar the Grouch also appearing from a recycling bin. It should be noted, though, that all three of the released actors will continue to make public appearances representing the show, likely at events such as fan conventions.

Despite appearing on Sesame Street for decades and having other roles in various TV shows and films, Emilio Delgado’s net worth is rather modest. So, how much is Emilio Delgado worth? He is currently believed to have a net worth of $200,000, which is actually on the lower end of Sesame Street cast members. While Emilio Delgado’s salary remains unknown, it likely saw a steady increase between the time he first joined the show in 1971 and today. We bid thee farewell, Luis!
Sources:
http://goo.gl/QyL1jb
http://goo.gl/Zmn3qn
https://goo.gl/cCzif1