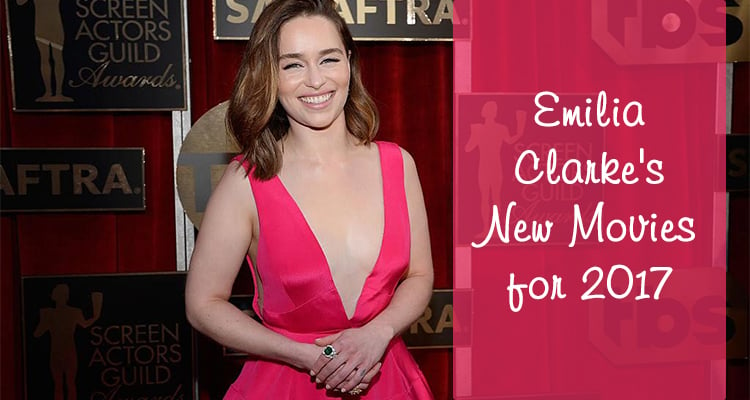 Season 7 of Game of Thrones is currently filming, and fans will be happy to know it is expected to premiere this summer! While fans wait for the return of the thrilling fantasy drama, Emilia Clarke will portray some captivating characters in 2017, completely different than the Mother of Dragons she’s known for.

Game of Thrones fans are surely excited for season 7’s release, but we don’t have to wait for the new season premiere to see our favorite stars. Daenerys Targaryen a.k.a. Emilia Clarke has new movies lined up for 2017! There’s an excited buzz surrounding her upcoming movies as they involve genres we haven’t seen the 30-year-old in before. Here are the new movies starring Emilia Clarke in 2017.

She Will Give You the Chills in Her New Horror Flick

The Terminator: Genisys actress will star in the supernatural psychological thriller, Voice from the Stone based on the novel by Silvio Raffo. Clarke co-stars with the actor behind Lord Celeborn from Lord of the Rings, Martin Csokas and Casino Royale‘s Caterina Murino.

The mystery is set in 1950s Tuscany. Clarke plays a nurse named Verena, tasked with aiding a mute heir of a castle who is dealing with the trauma of his mother’s sudden death. Verena discovers there’s a malevolent otherworldly presence in the stone walls of the castle that has possessed the boy (played by newcomer, Edward Dring) and is slowly taking control of her, too.

Filmed entirely in Italy, the movie was completed in 2014. Evanescence singer, Amy Lee was revealed to compose and sing the film’s title song, which will be heard during its closing credits. “Speak to Me” was recorded at the Skywalker Ranch in California. Momentum Pictures acquired the North American rights to the thriller with a release in select theaters, as well as on demand in digital HD on April 28, 2017. Check out the snippet of the instrumentals and a preview of the movie below!

Another Thriller to Hit Theaters This Year

From playing the badass heroine in Game of Thrones to donning the role of a spunky and lovable woman in Me Before You, Clarke seems to be diversifying her acting credits. This year, Clarke is venturing into thrillers and her second upcoming movie is the psychological crime film, Above Suspicion.

Once again, the movie is adapted from a novel, this one by New York Times reporter, Joe Sharkey. The story is based on the infamous case of Mark Putnam (played by Jack Houston), an FBI agent who killed his lover. The story revolves around Putnam, who was posted to an Appalachian mountain town in Kentucky in the late 1980s. Clarke plays Susan Smith, a local woman who is first enlisted as Putnam’s informant and later becomes his lover. 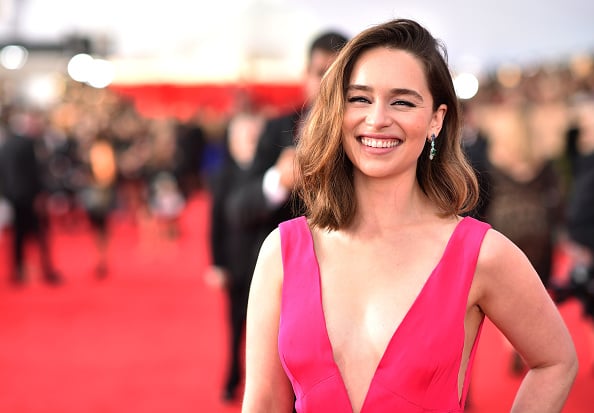 Mark Putnam had murdered Smith, and the scandal was a shock to the country as Putnam became the first ever FBI agent to be charged with homicide. Thora Birch will play Smith’s sister and Jackass star, Johnny Knoxville, will play Smith’s abusive ex-husband.

Director Philip Noyce had nothing but praise for Clarke’s acting in this film. “Nothing I had seen Emilia in had prepared me for what she has done here,” Noyce told Forbes, “She is such a brilliant actress and I don’t think she has had the chance to completely prove her versatility.”

An initial release date for the film hasn’t been announced yet, but reports claim Above Suspicion will release in 2017.

Clarke is Going to a Galaxy Far, Far Away

As if being the Mother of Dragons and an international star isn’t enough, Clarke is going intergalactic —and with Han and Chewie no less! In 2015, Lucasfilm announced a Star Wars anthology film on a young Han Solo as a smuggler and thief.

StarWars.com announced in November 2016 that Emilia Clarke has been cast in Han Solo’s currently untitled movie. Donald Glover, better known by his rapper alias, Childish Gambino also co-stars in the movie, while Alden Ehrenreich will play the titular role. Clarke’s role hasn’t been specified, but the GOT star’s large fanbase is sure to get bigger through the long-running sci-fi franchise.

Production for the film is expected to begin this year, and if the filming goes without delays, we could be seeing Clarke in the Star Wars movie in May 2018! 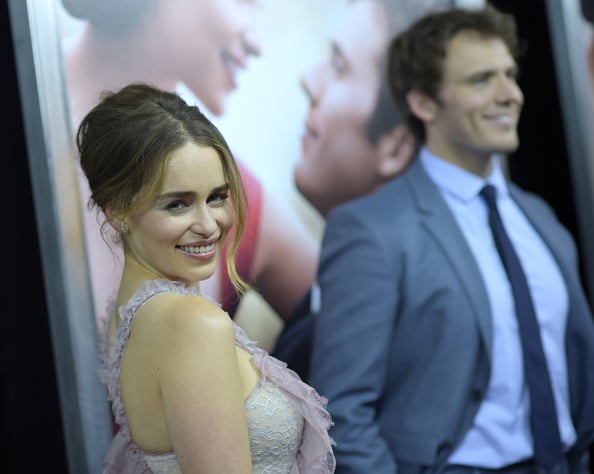 Emilia Clarke is all ready to resume her day job as Daenerys Targaryen, but apparently there have been delays in the filming of GOT season 7. Fresh off the heels of Me Before You, Clarke is set to co-star with Glen Powell in another romantic flick by MGM. The Set Up follows two assistants try to get their overbearing bosses out of their hair by setting them up together.