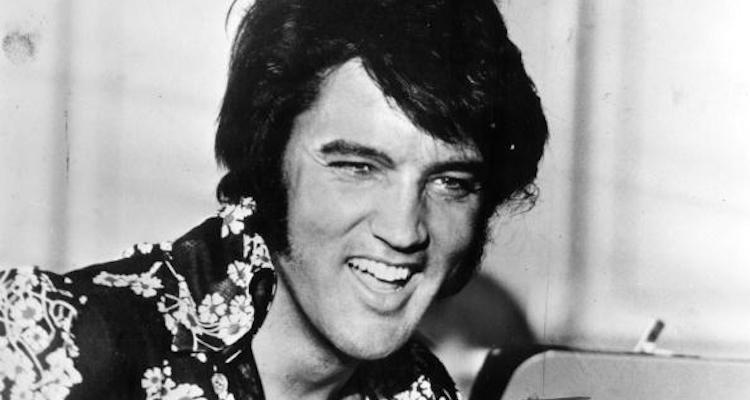 Had he lived, Elvis would have been 83 years old. In celebration, we thought we’d take a look at the King of Rock ‘n’ Roll’s life through this Elvis Presley wiki. From when Elvis Presley’s birthday is, to how Elvis Presley died, and everything in between, we have it right here.

Quick Facts about Elvis in the Early Years

Elvis Aaron Presley was born on January 8, 1935, in Tupelo, Mississippi to Gladys and Vernon Presley. His family was poor with Vernon moving from odd job to odd job, and Gladys trying to keep the house together. When he was just 10 years old, Elvis received a gift that would change his life: An acoustic guitar. At first, he was disappointed as he would have preferred a rifle or maybe even a bike. But he soon came to love the guitar. Initially, he was quiet about his musical gifts, preferring to play alone and not tell anyone. In high school, he began performing in the odd talent show here and there, wowing his fellow students.

In August 1953, Elvis Presley entered Sun Studios for the first time. While he always claimed that he went in with the intent of making a two-sided single for his mother as a gift, it is possible that he hoped to get discovered at Sun, as he could have easily gone down the street to a general store with a cheap recording and vinyl press machine for his mother’s gift. Sam Phillips asked his secretary to write down the name of the man who came in to record a single for his mother and, in July 1954, he began his recording career with Sun Records. With that came the birth of rock ‘n’ roll to the general public.

The King of Rock ‘n’ Roll

While Elvis Presley wasn’t the first to artist to combine rhythm and blues into what we now think of as the sound of early rock ‘n’ roll (depending on who you ask, the first rock ‘n’ roll artists includes names like Robert Johnson and Ike Turner), he was the artist to bring the sound to white people. Black gospel music and blues had a tremendous influence on Presley’s music, and it was a very deep part of his sound. It also helped open the doors for black performers who played the music that Presley loved to mainstream radio attention. Unfortunately, his career became slightly derailed by the things that come with fame. Hangers on, drugs, affairs, all of which he fell into. By the time Presley passed away on August 16, 1977, he was almost unrecognizable from the young man who once strode boldly into Sun Studios. He was overweight and suffered from a variety of ailments like glaucoma, high blood pressure, liver damage, and an enlarged colon.

The Impact of Elvis

There is no way of measuring the impact of Elvis Presley both musically and culturally. For example, hey still makes money. According to Forbes, Presley earned $35.0 million last year, and was the fourth highest paid dead celebrity, a spot ahead of Bob Marley and just below Peanuts creator Charles Schulz. Tours of his former home, Graceland, are as popular as ever and, on the way out, you can buy anything from records to Elvis Presley pics. In the history of popular music, his is a name that has to be mentioned.