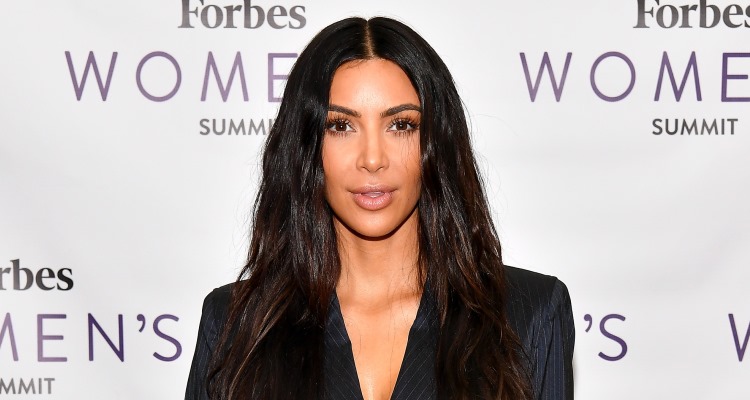 The hit Disney movie Frozen may have hit theaters years ago (and is already getting a sequel), but with the reveal of the Ed Sheeran look-alike baby, we couldn’t help but think back to the Elsa-Kim Kardashian look-alike photo on Kim Kardashian’s Instagram! If you want a stroll down memory lane and find out what the reality star is up to, then read on!

Kim Kardashian’s pics are normally shots of her nearly nude or actually being nude, as well as her rocking a variety of other fashionable outfits. But since she became a mother, some of her fashion sense and mother-daughter time has been devoted to Elsa pics and anything else related to the hit Disney movie! (As we are sure anyone with a 4-year-old can relate!)

Elsa’s Frozen character was the most sought after Halloween costume around the time of the movie’s release, and the film’s song, “Let It Go,” was one of the most-played songs of the year, whether parents liked it or not. Elsa is known for her platinum blonde hair and we all remember when Kim rocked that look for a while, and even started unintentionally dressing up like her! Where did Kim’s Elsa fetish come from? Her daughter North West is arguably Elsa’s biggest fan! We can only imagine how North felt having her very own Elsa for a mother, and with Kim Kardashian’s net worth alone, North gets treated like a princess even in real life! She even dressed up as Elsa for Halloween and her cousin Penelope Disick (Kourtney’s daughter) dressed up as Elsa’s sister, Anna. If there’s one thing the Kardashians and Jenners have in common, it’s there love for makeup!

Speaking of makeup, Kim is proving once again that she’s still a makeup mogul and like her sister Kylie Jenner, she’s creating a product that will most likely be sold out before you reach the checkout option. Kylie isn’t the only star of Keeping Up With the Kardashians that has a claim to the makeup world—her big sister has something coming up for her fans, too. The 36-year-old entrepreneur and socialite has made her mark in entertainment, technology, fashion and now once again, makeup. The Kardashians took over a long time ago and Kim is just here to remind us that it’s her world and we are just lucky enough to live in it.

On June 13, Kim cryptically announced on her newest Instagram account, KKW Beauty, that she was releasing a new makeup line and it will be available as of Wednesday June 21. But this isn’t the first time she’s dabbled in the beauty world! She recently partnered with little sister Kylie and her business Kylie Cosmetics, called KKW x Kylie. The famous lip kit consisted of four nude shades, a color that is now associated with Kim. She even owns a nude bathing suit! The reviews for Kim’s new line have been mostly positive, but some on Twitter have accused her of blackface, since her makeup made her darker than her natural skin tone. But Kim isn’t burning at the stake alone: Kylie was  also recently called out for appropriating African American culture. Kim hasn’t commented on the controversy, but we’re sure the drama won’t hurt makeup sales. With the Kardashians, it almost never does.