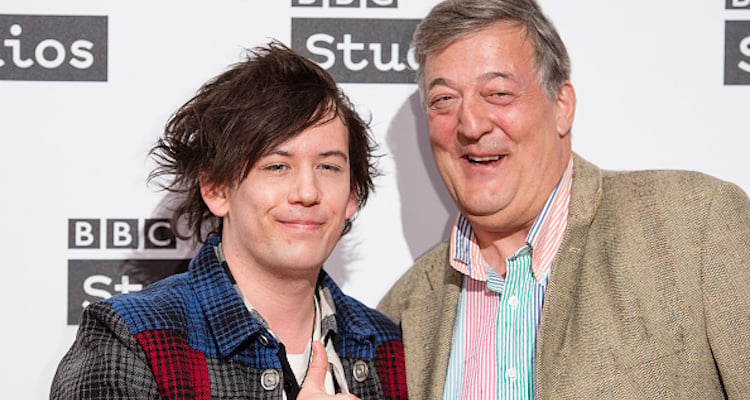 It came as a surprise to many of Stephen Fry’s fans, when they learned that the 60-year-old British host and actor was diagnosed with prostate cancer. Along with his condition, people have been looking into Stephen Fry’s husband and their marriage. Get everything you need to know with our Elliott Spencer wiki.

Who Is Elliott Spencer?

Elliot Spencer is a British photographer and comedy writer, who was born in May 1987, to Robert and Melinda Spencer. During his appearance on The Jonathan Ross Show, Fry said that he knew he wanted to be with Elliott for the rest of his life.

“We met at a friend’s house and I knew pretty much straight away that this was someone I wanted to spend, what I considered, the rest of my life with.,” Fry told The Independent in an interview. “Whether he thought the same because he’s got rather a lot more to go than me.”

Spencer and Fry tied the knot in 2015, after dating for roughly a year, but many have been critical in the past, due to the couple’s age gap, which is almost 30 years apart.

“I don’t care what people think, Stephen is the love of my life, the light of my life,” he told The Mirror.

While the couple danced around the topic of marriage, the proposal almost didn’t go as Fry originally planned.

“I bought a ring and waited for him to pop off to the loo and put the ring on the prongs of a fork so that he would see it as he started to eat,” Fry told The Independent. “I thought it would be charming. Of course he came back and he started chatting and he started playing with the fork and I thought, ‘For God’s sake look at the fork’ – you don’t really ever look at forks do you?”

He continued, “I thought, ‘He’s going to pick it up and the ring is going to fly off into that lady’s soup…’ But fortunately he just in time caught sight of it and it was a very teary and splendid moment.”

Spoiler alert: Spencer said yes! They even released a fake wedding date in order to throw off reporters from prying into their personal lives.

“We chose it because it’s a small market town, they call it ‘the Heart of Norfolk’ that’s it’s little slogan and a wonderful, wonderful registrar had taken it upon herself with a great deal of pride,” said Fry in a Jonathan Ross interview.

He added, “They decided that our wedding should be private and the wonderful [registrar] Linda put a false date into the computer in case it was being hacked or in case there was a mole within the borough. It meant that Elliot and I were able to be conjoined without any photographers or journalists which was really nice.”

The couple stated in the past that humor is the key to their loving marriage, and that there are no plans for children in the future. Fry is a godfather to several children already and said that’s enough for him. There are several pics of the them together on red carpets and while they haven’t been very public about the cancer, Fry has undergone surgery to have it removed.