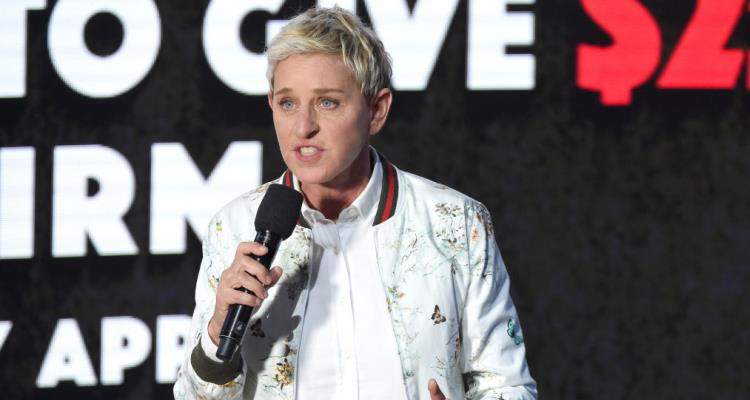 It’s been a hard week for Ellen DeGeneres, 59, and we’re not sure how she’s even able to go to work in front of an audience. Ellen DeGeneres father passed away recently, at 92 years old. We’ve got everything you need to know about her dad, Elliott DeGeneres here.

Who was Elliott DeGeneres?

Elliot DeGeneres lived in Metairie, Louisiana and was married to Betty DeGeneres, Ellen’s mother, but the pair divorced when she was just a teenager. Ellen has an older brother named Vance and her father worked as an insurance salesman.

Ellen’s Tribute to Her Father

Ellen honored her late father with a moving tribute on her show and recalled a moment on Instagram, before her father’s death.

“Before we go to break, there’s something else I want to talk about. I mentioned yesterday when I was talking about all the mudslides that are going on in my community of Montecito, which is heartbreaking, I said that I had a lot going on in my life. In addition to what’s going on in Montecito, I lost my dad this week,” Ellen said. “It wasn’t unexpected. I was able to say goodbye.”

Ellen also mentioned that her father was proud of her and wasn’t ever judgmental. She also said she received a sign in the form of a beautiful rainbow!

When I was a kid, my dad took us on one vacation to Warner Bros. Studios. He loved this business. He loved that I was in it. When he died, I saw this rainbow over the stage they named for me.

“I was leaving the building, and I looked back and there was a rainbow over the Warner Bros. studio. This looks photoshopped,” she said as she referred to a photo of the rainbow shown on screen. “This is what I saw after I talked to my dad, and he died ten minutes after that. Pretty amazing,” said the star, who later shared her favorite Elliot DeGeneres photos of on social media. “I got a rainbow before he died.”

This week, at the age of 92, my father, Elliott DeGeneres, passed away. He lived a good long life. It wasn’t unexpected. I was able to say goodbye.

Earlier, Ellen talked about the mudslide in Santa Barbara, which caused her and her wife to evacuate their home, along with several other residents. Many have been reported dead and several are still missing.

“I work in L.A. but I consider Montecito my home,” she said. “I live there, Oprah lives there. It’s not just a wealth community. It’s filled with a lot of different types of people from all backgrounds.”

“There are people who are missing family members. They’re finding people and bodies,” she later added, at times pausing to take a breath. “You hear the word mudslides and you have no idea the impact that it has. But after the largest fire in California history, it’s catastrophic, it’s beyond recognizable.”

Ellen also FaceTimed Oprah to see how she was doing and to ask for help.

“So many times over the past 15 years, people have come up to me and say to me that when they’re going through a tough time this show gets them through it,” Ellen told Oprah. “Today, I need you because there’s a lot going on in my life right now.”

There are no funeral details at this time but fans have been supportive of the comedian since she revealed the news.