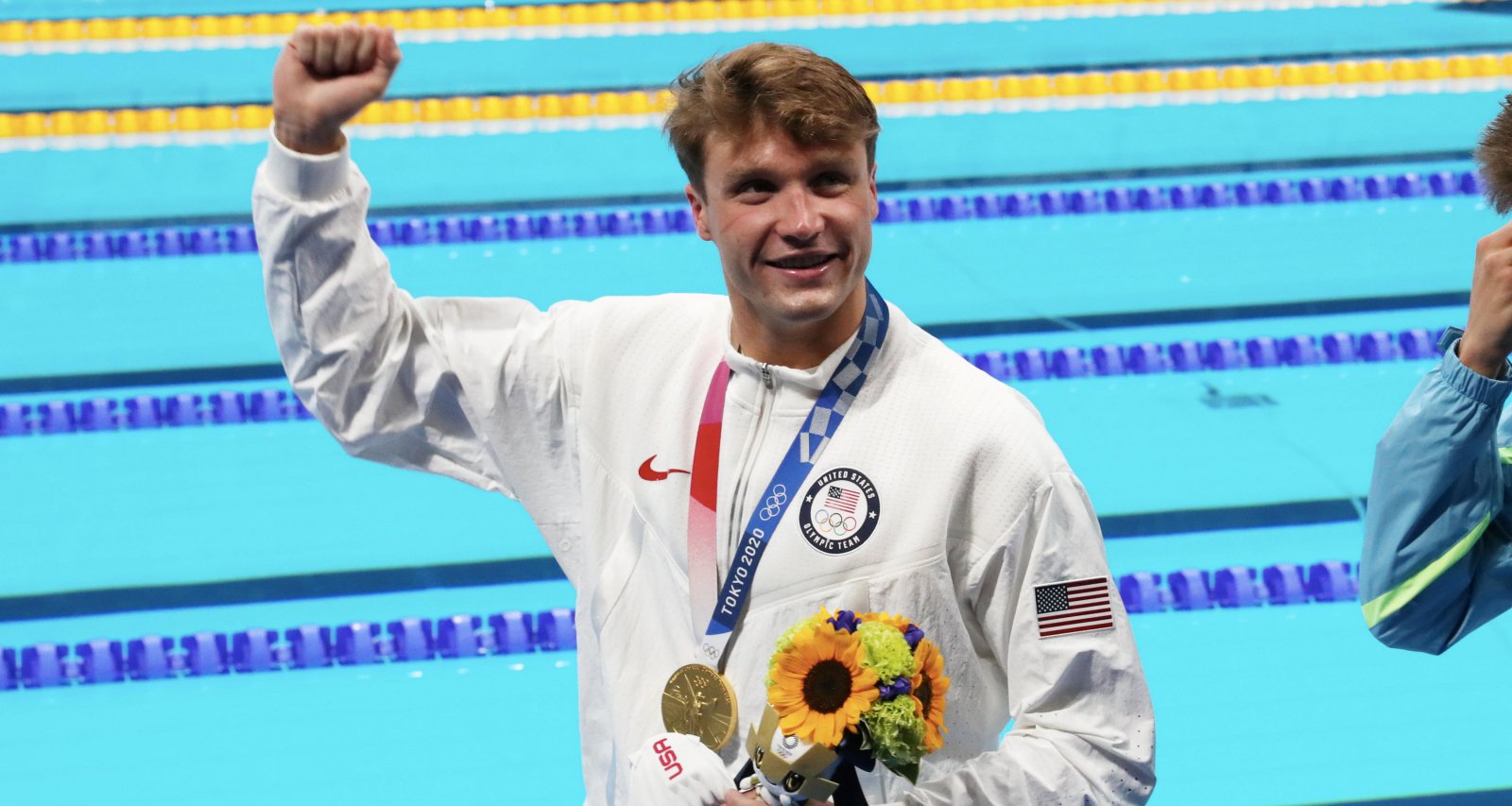 Robert Finke won the first Olympic gold medal of his career at the Tokyo Olympics in the 800-meter freestyle. Among the scores of fans cheering the American swimmer are also his family, friends, and a wonderful girlfriend. Ellie Zweifel has been dating the gold medalist for a while now, and though they keep their relationship low-key on social media, she’s certainly proud of him. After all, she knows firsthand what it took for Finke to win gold as a swimmer herself. The Olympian’s new fans want to know more about who Robert Finke’s girlfriend is. So we compiled a primer on her in this Ellie Zweifel wiki.

Ellie Zweifel was born in 2000 and hails from Missouri. She and her sister, Selma Zweifel, grew up in Columbia.

Missouri residents may be familiar with the Zweifel name because of Clint Zweifel. The Democrat served as the state treasurer of Missouri from 2009 to 2017. He and his wife, Janice Smith, are the parents of Ellie and Selma.

Selma is a graduate of University of Missouri-Columbia where she was involved in promotions, social media marketing, and basketball game broadcasts for the athletics department. She is currently in Los Angeles, California, assisting an entertainment lawyer.

Ellie Zweifel attended Rock Bridge High School and was part of the Columbia Swim Club. She is a two-time Missouri state champion and ranked No. 6 among recruits in Missouri.

When Zweifel was in her senior year, she verbally committed to the University of Florida Gators swim team for the class of 2022. She enrolled at Florida and began her freshman year in the 2018-19 season, recording personal best times right away.

In the 2019-20 season, she won the 200-meter breast stroke and also outdid a personal best time. She is pursuing a bachelor’s degree in economics and made the 2020 SEC Academic Honor Roll.

Florida’s state champion, Robert Finke, committed to the Gators in 2017. Since he started his collegiate career, he’s won numerous accolades for the team on his path to the 2020 Olympics.

It was also in college that he met fellow swimmer, Ellie Zweifel. According to her Instagram, they have been officially dating since October 16, 2018.