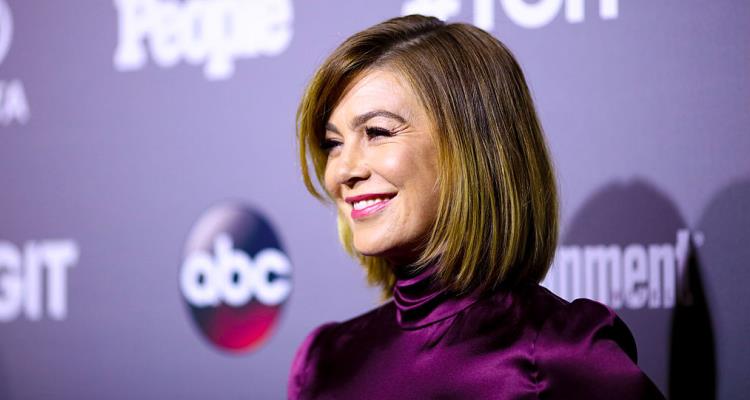 Ellen Pompeo’s net worth for 2018 is the topic of discussion recently, and it’s no surprise why. The Grey’s Anatomy star, 48, just aired out her dirty laundry and now everyone has a better idea of Ellen Pompeo’s salary per episode! Here’s a look at the details behind her net worth of $30.0 million and how she accrued such wealth!

Pompeo spilled some serious tea during her interview with The Hollywood Reporter and it revealed how the top TV star was able to negotiate a serious raise! While Ellen Pompeo and Patrick Dempsey started on Grey’s Anatomy at the same time in 2005, they were paid differently, even despite the show being named after her character!

“For me, Patrick [Dempsey] leaving the show [in 2015] was a defining moment, deal-wise,” said Pompeo. “They could always use him as leverage against me — “We don’t need you; we have Patrick” — which they did for years. I don’t know if they also did that to him, because he and I never discussed our deals. There were many times where I reached out about joining together to negotiate, but he was never interested in that. At one point, I asked for $5,000 more than him just on principle, because the show is Grey’s Anatomy and I’m Meredith Grey. They wouldn’t give it to me.”

Back when the show first started, Pompeo was making roughly $200,000, according to The Richest. She’s now signed to a two-year contract extension on Grey’s Anatomy for $575,000 per episode, according to Variety. Pompeo is now making $20.0 million a year, a vast increase from last year’s $13.0 million, according to Forbes.

ABC hasn’t announced whether or not the show will be ordered past its current 14th season but according to Pompeo’s THR interview, Disney has reportedly made $3.0 billion from Grey’s Anatomy, since the pilot episode.

“When your face and your voice have been part of something that’s generated $3 billion for one of the biggest corporations in the world, you start to feel like, “OK, maybe I do deserve a piece of this.”

Pompeo is a director and is currently developing the ABC legal drama, Big Law. According to reports, she’s also set to be an executive producer of the Grey’s Anatomy untitled firefighter drama series.

My close friend Ellen from Everett, MA and then we moved to South Beach in the early 90’s. Ellen Pompeo tells the Hollywood reporter; know your worth, and ask for it! #ellenpompeo #goodfriends #hollywoodreporter #boston #losangeles #greysanatomy

Pompeo live in Los Angeles with music producer husband, Chris Ivery and their children: Stella Luna, Sienna May, and Eli Christopher. The actress worked with decorator Martyn Lawrence Bullard to transform her 1930s Mediterranean home and make it more modern. Pompeo’s home is located in the Los Feliz neighborhood and the house is a 16,000-square-foot villa, crafted by architect Paul Revere Williams. The mansion is a piece of old Hollywood and has welcomed stars such as Frank Sinatra, Lucille Ball, and Tyrone Power. (It’s definitely the kind of home you would expect the highest paid woman on TV to live in!)

While she’s reportedly worth $30.0 million, there’s a good chance she’s worth much more than that, given her new TV deal and current Hamptons listing!