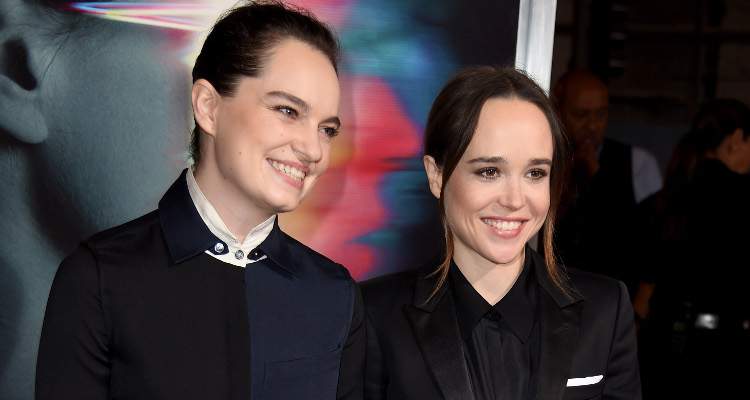 Ellen Page welcomed 2018 as a newlywed. The Juno star announced she has married her girlfriend. Who is Emma Portner? She now gets to call herself Ellen Page’s wife just six months after going public with their romance.

X-Men star, Ellen Page has big news for the new year! The actress has announced she’s now a married woman. She went public with her romance with Emma Portner back in June 2017 making her fans overjoyed. Now her fans are ecstatic when they revealed their wedding news. While Page is famous for her award-winning acting, LGBTQ activism, and crusading against sexual harassment, many are curious about her partner. Find out about Ella Page’s wife in Emma Portner’s wiki right here.

Portner is a dancer and quite a famous one at that. Her moves have transfixed many who have had the opportunity to watch her dance. Her dance journey began when she was three and she polished her moves spending summers as a child at the prestigious National Ballet School of Canada. She went on to study dance at the Ailey School in New York City at the age of 16.

In few years, she built her brand in the dance world. She has choreographed and starred in Justin Bieber’s music video for “Life Is Worth Living” and was also part of his sold-out Purpose World Tour. She also conceptualized a music video for indie artists, Blood Orange.

She founded her own dance company, Flock’d. The NYC-based company is now renamed as Emma Portner and Artists. She also teaches dance in New York, Los Angeles and Canada. She’s also the youngest woman to ever choreograph a musical, A Bat out of Hell which showed in Toronto and London’s West End.

Portner has been working hard to make it in the dance field. A YouTube video of her dance she posted got her cast in Justin Bieber’s video which raked in almost 50 million views and counting. Social media is clearly Portner’s best friend.

She practices improv to keep her moves fresh and posts videos of her rigorous practice on Instagram. Her clips are so eye-catching, she doesn’t need agents or managers. Choreographers, directors, artists and other organizations approach her through her Instagram.

She deliberately posts her videos without any filters to let her 91.7k followers see the process in its raw beauty. Her style is described as “a striking flavor of highly technical contemporary expressed through intricate, gut-wrenching jerks and undulations” which Parris Goebel thought was perfect for Bieber’s “Life Is Worth Living.”

Both Page and Portner are from Canada. Page was born and raised in Halifax, Nova Scotia while Portner hails from Ottawa, Ontario. But coming from the same country doesn’t mean they knew each other back then.

In fact, Page got in touch with Portner the same way a lot of people mesmerized by her art do – through Instagram. The dancer posted a video dancing to a song by Sylvan Esso, an electronic duo. The band shared the video and Page saw it.

The actress was impressed by Portner’s performance – in Page’s words, she thought Emma was “the shit” – and messaged her on DM. The rest, as they say, is history.

Page and Portner began dating and went public with their relationship in June 2017 when they were spotted kissing in LA. They secretly tied the knot this month and broke the news with a series of pictures on Instagram. They shared their wedding rings with Emma calling the actress an “incredible woman”. Page returned the love calling her new wife an “extraordinary woman”.