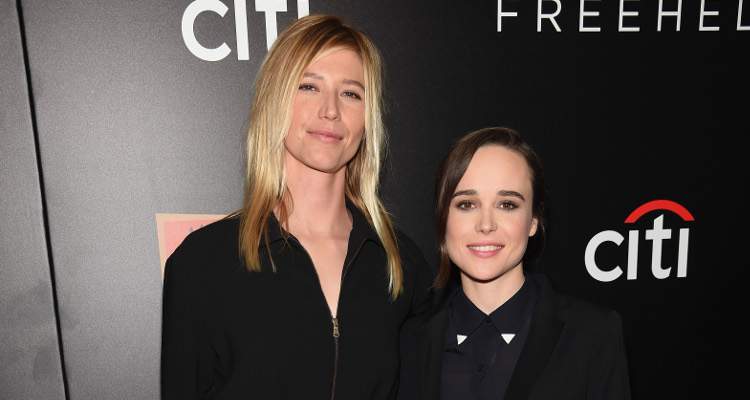 Ellen Page (from the Emmy-nominated travel show, Gaycation) has decided to get married and she wants the world to know it! She chose Instagram to announce her “I do” moment with Emma Portner, whom she describes as an “extraordinary woman.”

Meanwhile, her ex-girlfriend, Samantha Thomas (who is a golfer, surfer, and an artist) is back in the limelight. So, keep reading to know more about her in our Samantha Thomas wiki.

Born in 1980 in McAllen, Texas, Samantha Thomas’ age is 37. A huge dog lover, she has one of her own named Patters. She considers the dog as her child and cares for him the same.

Not amused he hasn't had his foodies yet ? #Patters #helookslikeasweater

There is not much information about Thomas’ parents. However, apparently her mother was an artist while her father had his own business.

“Artist Surfer Ladybug” is how Thomas describes herself on her Instagram account. When she is free and has some spare time on her hands, Samantha Thomas, the surfer, can be found on the beach most of the time. This love has taken her to many exotic destinations.

Samantha Thomas’s Instagram account is a testimonial to her love of surfing. She constantly posts pics and videos of her surfing and chilling out by the water.

Those Were the Days

According to reports, Ellen Page and Samantha Thomas met at a party in Los Angeles through friends in 2015. It took Page six months to reveal her lover’s name and identity to the world.

Page had arrived with Thomas in tow at the premiere of her film, Freeheld, at the Toronto International Film Festival in 2015. That was how she chose to announce to the world that she was with Thomas. It was their red-carpet debut together as a couple.

Thomas is apparently seven years older than Page and both were quite supportive of each other’s careers. They were seen visiting each other’s work, too. Page has been seen several times visiting her then-love interest’s art gallery exhibits.

Thomas is currently living in Malibu, but we don’t have further information on why the breakup happened or how Thomas might be coping with the news of Page’s engagement.

After the duo went public with their relationship in 2015, they were probably the most chilled out couple of their time. They were quite at ease with each other and kept a low profile most of the time. So much so, that when they were last photographed in January 2017, nothing seemed amiss.

However, with the recent reports of the Ellen Page and Emma Portner marriage, we are sure that the pair must have broken up quite some time back. Neither of the two has mentioned to date that they broke up with each other, let alone the reasons for doing so. Either way, we are happy for Ellen and her new adventure in love!