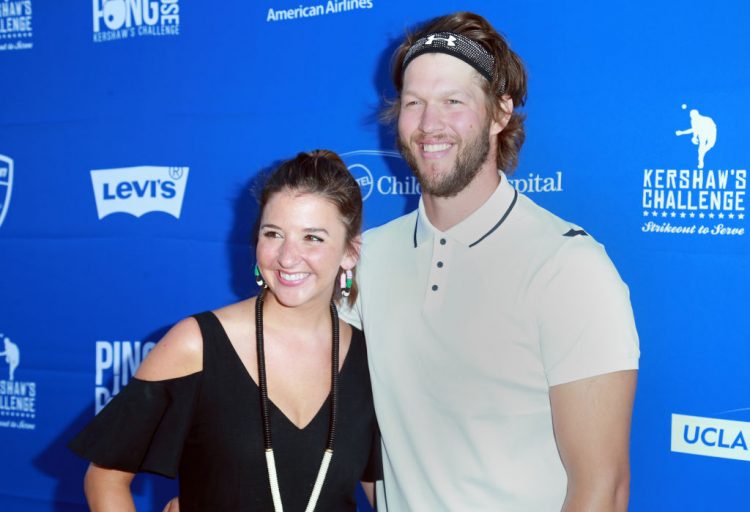 Ellen Kershaw is the thread that holds Clayton Kershaw’s family life together. The two were high school sweethearts and eventually said “I do” in 2010. While Clayton Kershaw doesn’t need much of an introduction, we’ve got a few interesting facts about his wife. So, keep reading our Ellen Kershaw wiki!

All About Ellen Kershaw

Although Ellen Kershaw’s age is not known, we do know that when they began dating, she was 15 years old and he was 14. Since Clayton Kershaw is now 29 years old, Ellen Kershaw should be 30.

Ellen Kershaw was his long-time girlfriend, and the two have known each other since they were together at Highland Park High School in Dallas, where they grew up. Clayton Kershaw had asked her out in the school’s hallway. They also happened to attend school with Matthew Stafford, the Detroit Lions quarterback, as well as Jordan Walden and Shawn Tolleson, who are Clayton Kershaw’s fellow MLB pitchers.

The two were forced to separate after college when Ellen Kershaw attended Texas A&M University while Clayton was drafted by the Dodgers and bypassed his collegiate career.

In an interview with Risen magazine, Clayton Kershaw confessed, “I would say we got closer when she went to college and I started playing professionally. We both kind of figured out stuff on our own. I think that really helped our relationship now.” He continued, “As for when she became the one? I really don’t know. I guess somewhere late in high school, or early college.”

In the same interview, Ellen Kershaw revealed, “We both realized our lives were so much better when we were together than when we were apart. We could accomplish so much more; with my passion for Africa and Clayton heading into his career in baseball, it felt like the Lord was up to something pretty cool with both of our passions.”

As Thanksgiving approaches, our team has been reflecting on all that the Lord has done since we started Kershaw’s Challenge and we are SO THANKFUL! Today, we want to thank our four beneficiaries who we love so much. We are so grateful to work with @ariseafrica, @behindeverydoor, @cureintl and @ladreamcenter. What are you thankful for this Thanksgiving?

When it came to proposing, Clayton Kershaw planned a fun day-trip at the Six Flags amusement park. After the park, he took her to dinner in a limo before heading to his holiday-clad townhouse, which is where he popped the question. And obviously, the answer was “yes.”

On December 4, 2010, the couple got married in Dallas in a Dodger-themed wedding. Clayton Kershaw danced in blue Dodgers sneakers and a sign saying, “Welcome to Dodgertown” was prominently displayed at the reception. The wedding was at the Royal Oaks Country Club, while the ceremony took place at Highland Park Presbyterian Church.

Ellen Kershaw gave birth to their first child on January 23, 2015. Their daughter, Cali Ann, was born a day before Clayton Kershaw was due in New York City to accept his third Cy Young Award. Just before their little girl was born, the couple had purchased a house near Dodger Stadium.

In 2016, while the Dodgers played the Chicago Cubs in the NLCS, Ellen Kershaw was nine months pregnant. The couple welcomed their son, Charlie Clayton, on November 19, 2016.

All dressed up in blue! ?? #flashbackfriday to a GREAT night at the 3rd annual @dodgersfoundation Blue Diamond Gala. ?⚾️

Another important fact about Ellen Kershaw is that she is empathetic towards underprivileged children. She has worked with them in Africa, so it didn’t take long for the couple to start their own charity, which is called Kershaw’s Challenge. It works to assist at-risk children in Africa.

Well, clearly Ellen Kershaw’s beauty goes beyond just her looks. And, we’re glad that someone like her has got our favorite pitcher’s back!