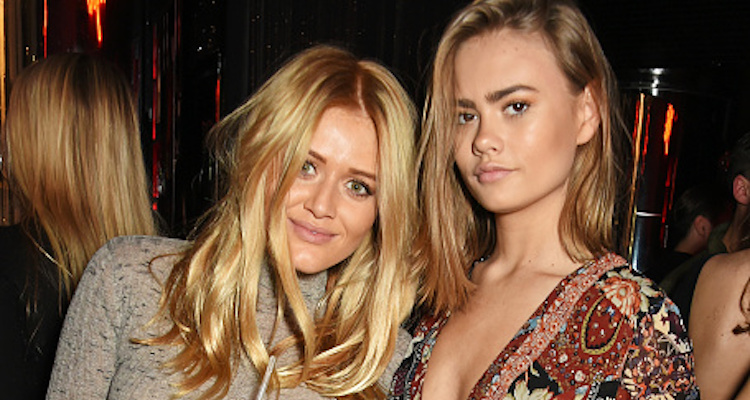 Who is Scott Disick Dating?

Multiple reports claim that Disick is getting serious with a mystery blonde. Ella Ross is her name and she is a British model. She has been spotted with the 33-year-old all over Los Angeles. And for those wondering about Ella Ross’ age: she’s just 21 years old! It’s not exactly a scandal and she can legally drink —which is one of Disick’s favorite things! It’s also been reported that Disick is back to his old habits and his friends want him to stop drinking and go to rehab, before things get worse. What else is new?

If you’re looking for more intimate photos and hot pics of Ross, then you’re in luck, because the young model has Instagram! It’s the best place to find out more about her and see what she’s doing next. There aren’t any shots of Disick on her Instagram, but that doesn’t mean they aren’t in contact. Could she be hiding him? Or maybe he’s not ready to be official? Either way, fans of the reality star want to know more about her.

Ross not only loves horses, she even used to own one named Charlie for six years, but she had to give him up when she moved to London. She still rides occasionally and there are no shortages of horse pictures on her Instagram. Is anyone else slightly jealous that Ross got the pony everyone wished they had growing up?

To no surprise, Ross is not a fan of the country’s new commander in chief. In a post honoring legendary singer Prince, Ross fired back at Trump and wrote that the president should be the one to leave. So far, the Secret Service haven’t collected her!

It seems that Disick isn’t the only one moving on: Kourtney Kardashian, 38, is also dating! The reality star socialite is dating a 23-year-old model named Younes Bendjima, and so far they’re keeping things casual. But E! News reported that Disick isn’t happy about it, even though he brought a girl on the family’s Costa Rica trip, which will air on an upcoming episode of Keeping up with the Kardashians.

“Scott doesn’t like Kourtney dating Younes at all,” the source said. “He doesn’t want to see photos of them or know about it. Kourtney has tried to give Scott a heads up that he might be seeing photos, but Scott can’t stand seeing her with someone else, especially Younes.”

Even though Disick isn’t loving the idea of his ex-girlfriend seeing someone else, he’s still devoted to be a co-parent to their three children: Mason, Penelope, and Reign.

“I don’t think we know any other way, to be honest,” said Disick to People. “We never had any negativity between us and we made a very smooth transition into the way we live, and luckily, thank God, we’re able to see one another and still be with our children and, knock on wood, that we have that. Thank God we have that and everyone is somewhat happy and it seems to work. It’s not broke, so don’t fix it.”

Whether they’re dating or not, we expect to be seeing much more of Ella Ross, who doesn’t seem to shy about being seen in public with Disick!