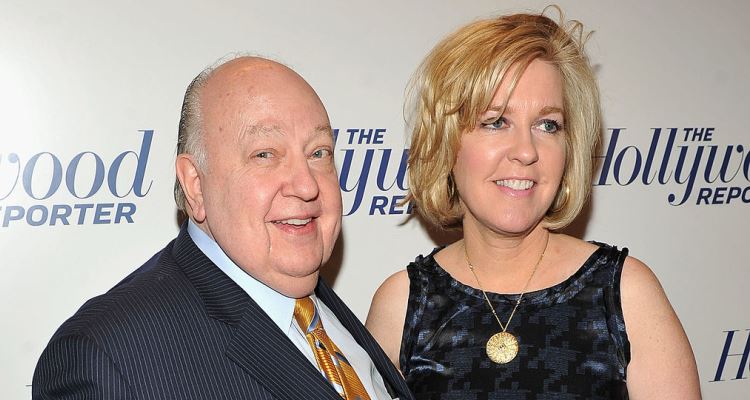 News surfaced on Thursday, May 18, that Roger Ailes is dead, according to a statement made by his wife. The man who, according to The New York Times, built Fox News into an empire, died at 77 years old.

The news has led people to ask questions about Roger Ailes’ wife and family, mostly because of the sexual harassment allegations made against him in the past. To give some background information into the controversial American television executive and media consultant, and his wife, keep reading our Elizabeth Tilson wiki.

She Announced His Death

“I am profoundly sad and heartbroken to report that my husband, Roger Ailes, passed away this morning,” Tilson said. “Roger was a loving husband to me, to his son Zachary, and a loyal friend to many. He was also a patriot, profoundly grateful to live in a country that gave him so much opportunity to work hard, to rise — and to give back. During a career that stretched over more than five decades, his work in entertainment, in politics and in news affected the lives of many millions. And so even as we mourn his death, we celebrate his life.” According to reports, Ailes allegedly took a fall last week at his Palm Beach home, and suffered a blood clot that led to his death. Despite the accusations against her husband, Elizabeth Tilson’s relationship with Ailes appeared to be supportive and happy.  Pics of the couple show them to be quite fond of each other.

Roger Ailes played a pivotal role in my career. Long before he became a consultant and advisor to 3 Presidents, and developed and created FOX TV News, as a producer of the Mike Douglas Show, Roger recommended and created a format for most of my appearances on the Douglas Show. In the first segment instead of performing, Mike would ask me about some dramatic current incident, news piece, or controversial issue making headlines. He deeply felt and convinced me that I could share a unique perspective that would be fascinating to the viewers and also decided the best way to approach this was not to tell me what the question was going to be. I share my thoughts and feelings with Beth and Zach during this sad period. – The Amazing Kreskin #rogerailes

She Married a Controversial Man

Roger Ailes and Elizabeth Tilson married on February 14, 1998, however she was not his first wife. Ailes married three times, and his first two marriages resulted in divorce. During this time, Ailes was well-known for his disrespectful behavior toward women. Ailes married Tilson, a producer who worked for him at CNBC, two years after launching Fox. They had a son two years later, when Ailes was 59. Elizabeth Tilson’s age was 38 at the time, as the couple are 20 years apart. Despite his third attempt at marriage, reports said his behavior toward women who worked for him did not change. Several women who worked for or alongside him made claims that he harassed them, including Megyn Kelly, and Laurie Dhue. NY Mag reported in September 2016 that a Fox source said that Tilson wanted Fox PR to release racy GQ photos of Kelly published years ago, to discredit her accusations against Ailes. Further sources close to the family said Tilson took those revelations very hard.

Former CEO of #FOXNews, #RogerAiles has died at age 77. His wife confirmed the news this morning. Ailes stepped down from Fox amidst a nasty sexual harassment scandal last year. — Read more at THEURBANTWIST.com (or click the link in our bio ???? @theurbantwist) #WhatsYourTwist? and #JoinTheConvo #TUT

She Has a Son Named Zachary

Elizabeth Tilson’s son, Zachary is 17 years old, born on New Year’s Day in 2000. In the book, Roger Ailes off Camera by Zev Chafets, Ailes said he had been making “memory boxes” for his son since he was four years old, and Zac was only supposed to open them upon Ailes’ death. Some of the items included in these boxes are pictures of Zac and Elizabeth on vacation, while another one is a piece of paper that says, “Your mother is a beautiful woman. Always take care of her.”

She’s Successful in the Broadcast Industry

When Ailes bought The Putnam Country News and Recorder (PCNR) in 2008, he made Tilson its publisher. He also purchased the local Putnam County Courier a year later, where she is also publisher. Tilson was also a veteran of NBC News, and has a Bachelor of Science in Journalism from Southern Connecticut State University. According to her bio on her web site, she is the owner of the Hudson Valley Freedom Press.