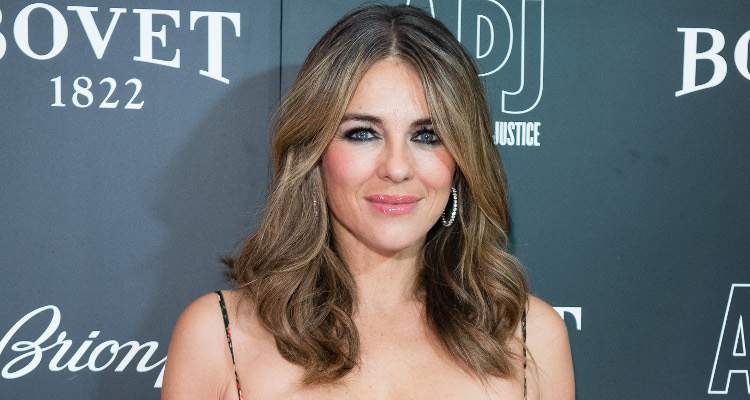 Elizabeth Hurley seems to have drunk from the Fountain of Youth. She posted an Instagram video of herself enjoying the sun in a pink bikini, and the Internet broke! Check out these 10 hot Elizabeth Hurley pictures.

It was eight years into his relationship with Elizabeth Hurley that Hugh Grant was caught with a prostitute. Though it was another five years until they split, The Notting Hill star recently revisited his past, and spoke about how the two are “like brother and sister.” Now, he and his girlfriend are expecting their third child together, and Hurley is setting fire to the Internet!

Check out some of Elizabeth Hurley’s hot pics right here.

Hurley was in a very serious relationship with Hugh Grant, back in the ’90s. The could were both struggling actors then, and lived in a small apartment, which he credits to their closeness.

#2. Looking Younger by the Day

Grant and Hurley began finding work, and just before the release of Nine Months in 1995, he was caught paying a prostitute for oral sex. Rather than claiming he had a “psychological problem,” the actor took full responsibility for his actions.

3. Who Says Beige is Boring?

Hurley stood by his side after the scandal broke, but the couple eventually broke up in 2000, maintaining that it was an amicable split.

#4. Once You Reach Infinity…

In 2001, Hurley started dating Steve Bing, with whom she had a son, Damian. Bing did not believe that he was Damian’s father, and contested Hurley’s claims that there was no other man. But after a DNA test was conducted, the results proved him wrong.

Hurley went on to date textile magnate Arun Nayar. In 2007, the couple got married at Sudeley Castle, and had a Hindu ceremony in Jodhpur.

Someone has to do it ? #Herefordshire @elizabethhurleybeach

She lived with her husband and in Barnsley until 2011, when she filed for a divorce under “unreasonable behavior.” The two were officially divorced that June.

Hurley then dated Cricketer Shane Warne three months after her divorce, and rumors of them being engaged were confirmed via Twitter not too long after. She sported a huge ring on her finger until 2013, when the two broke up.

#8. Leaving Little to the Imagination

Hurley’s son is all grown up, and his godfather is none other than Hugh Grant. She is godmother to two of David Beckham’s children, Romeo and Brooklyn. Now, she is working on her beachwear brand, Elizabeth Hurley Beach.

In more recent news, Hurley posted a video of herself dancing on the beach in a pink bikini. Call it clever advertising if you will, but social media is lit with her video, and fans can’t believe Hurley is 52 years old!

Elizabeth Hurley’s workout and special diet plan have worked in her favor, and there seems to be a whole lot of proper eating in her lifestyle! She does yoga regularly and majorly credits it for her figure.