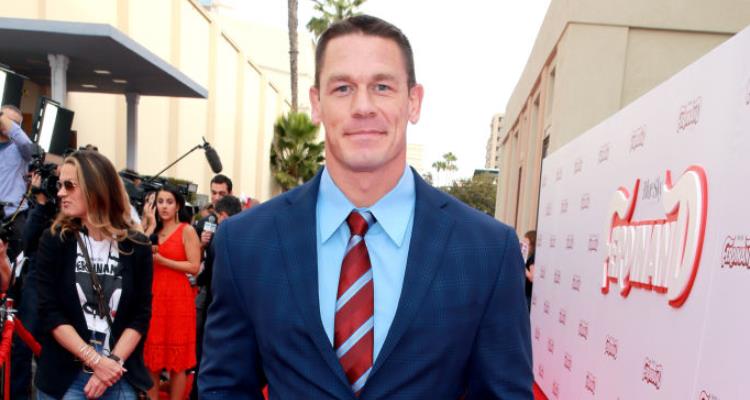 Star wrestler, John Cena took to Twitter on New Year’s Day to tell fans about the upcoming opportunities in his life. The news has led people to ask questions about John Cena’s ex-wife, and where she fits in all of this. Check out our Elizabeth Huberdeau wiki for the details.

“A sunny morning on the first day of 2018. Possibilities are endless, opportunities are plentiful. Time to #EarnTheDay because on January 28th, I’m entering the #RoyalRumble match and earning a chance at history @WrestleMania! #Raw,” wrote Cena on Twitter January 1, 2018. Many fans responded and shared his tweet, expressing their excitement about the news, and showing their support for him to win. One fan wrote, “I have a good feeling that you will win the royal rumble you ain’t 16 time champion for nothing #teamcena.”

His Ex-Wife Was a High School Sweetheart

Elizabeth Huberdeau, age 38, was never a celebrity and not associated with the WWE. She was John Cena’s first wife and high school sweetheart. The wrestler never talked much about his relationship with her, so it is still unclear which high school they matched up at. According to reports, Cena went to two high schools: Central Catholic High School in Lawrence, Massachusetts, and Cushing Academy in Ashburnham, MA. News of their marriage came out while Cena was promoting his movie, 12 Rounds in 2009.

In May 2012, Cena filed for divorce and it was finalized in July of the same year. According to reports, Huberdeau was shocked when he filed to end their marriage. The divorce was worked into Cena’s WWE storyline that same year, while he was also feuding with The Rock, who he had lost to at WrestleMania.

Cena Blamed It on Home Remodeling

According to reports, Cena blamed his divorce on a home remodeling that cause strife between him and his wife. Huberdeau, however, accused him of being unfaithful and challenged their prenuptial agreement. A tabloid site claimed it had tips that Cena was messing around during their marriage, however, no concrete proof was found. Since the couple dealt with the settlement confidentially, no details were available as to what the real reasons were.

The suspicions that he was cheating flared up four months later, when he began dating fellow WWE superstar Nikki Bella, his now fiancée. The WWE’s WrestleMania champion got down on one knee in the middle of the ring and proposed to Bella, asking for her hand in marriage. “I proposed in the middle of the WWE ring, the place to establish [that you’re] the tough guy. I could have [proposed] a bunch of different ways, but [the WWE audience is] my family,” he said. “And I wanted to do something that I’d remember for the rest of my life, in front of my family.”

The decision seemed questionable to some of their followers, as both had differing views on marriage and children. Bella said at the time, “Nothing’s worse than hearing the man you love, be like, ‘I will never get married again! I will never have kids.’ That stuff is tough, and that sucks.” The quote came from a conversation she had with her sister, Brie Bella, on her reality show, Total Divas. “Do I leave the man I love, or do I stay with him and just sacrifice kids and marriage? To walk away from this guy because of marriage and kids doesn’t seem right.”

In 2014, she revealed she would continue to wait for Cena to come around. “I do want to get married and I want to have kids–and I want all that with John,” she said. “I hope one day he wants those things!” In 2017, the couple began making wedding plans, and are taking their time planning it perfectly!

Happy New Years! Totally was in bed before midnight ? lol Hope everyone stayed safe and had fun! Yay 2018! ??