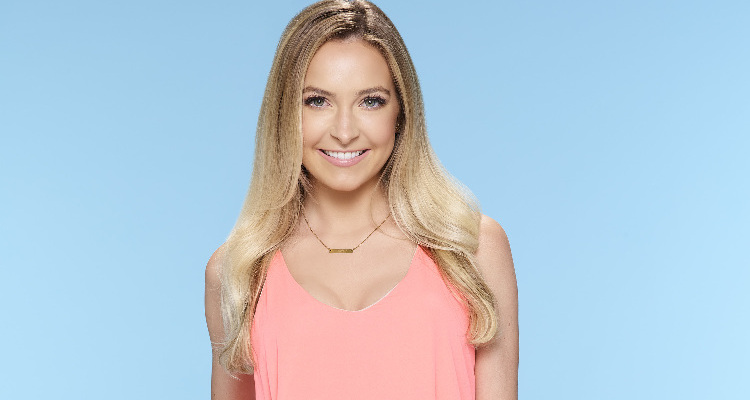 Elizabeth Whitelaw is a marketing manager who is used to getting her way. Now she will use her skills to make Nick Viall fall in love with her.

At the beginning of The Bachelor season 21, two Elizabeths were on the show vying for Nick Viall’s attention. One, Liz Sandoz, did not make it past the second episode. Fortunately, 24-year old Elizabeth Whitelaw from Texas is still in the running. Even though she is from Chicago, she currently lives in Dallas. Since her appearance on The Bachelor, fans are curious about Whitelaw and want to know more about her. Here is what we know about Elizabeth from The Bachelor‘s family.

The Art of Being Convincing

Whitelaw works as a marketing associate manager for Robin Technologies, and has a BA degree in psychology from the University of Illinois. She worked briefly in Chicago as sales associate and a hostess at a restaurant before moving to Dallas. Thanks to her job, Whitelaw gets to meet a large number of people, convincing them to buy the products. She is great at her job, which is exactly why she is confident that Nick Viall will choose her from this pool of beautiful women.

Happy Mommy's Day to the most beautiful woman I know! I love you!

Unfortunately there is very little information on Elizabeth from The Bachelor‘s parents and siblings. However we hope that as the show progresses, we will be able to learn more about her family. Like most people, Whitelaw does not like to reveal much about her personal life. She is fairly active on social media, so we can only catch a few glimpses of pictures as she posts them.

She Is Close with Her Mother

"God could not be everywhere, and therefore he made mothers". Love you with my whole heart on this Mother's day, Mommy!

There are some pictures of Elizabeth from The Bachelor‘s mother on her Instagram account. They show the loving and beautiful relationship the two have. The caption for one picture Whitelaw posted reads, “God could not be everywhere, and therefore he made mothers. Love you with my whole heart on this Mother’s day, Mommy!” It is heartwarming to see this wonderful mother-daughter pair who have nothing but love for each other.

#tbt to cray college times. Oh yeah and MY BEST FRANS ARE COMING TO DALLAS IN 1 WEEK! #peasants #hashtag #cheerstohomecoming

Other pictures on Elizabeth Whitelaw’s Instagram show her having fun with friends, going to parties, and having a good time. She also has a lot of pictures of food that we hope taste as good as they look! Whitelaw loves Christmas, because family comes together to share food and drinks while spending time with each other. Whitelaw says that she suffers from claustrophobia and also has a fear of heights. If she could be someone for a day, it would be Kate Middleton because she is a princess, or Britney Spears because she is the “Queen of pop!”