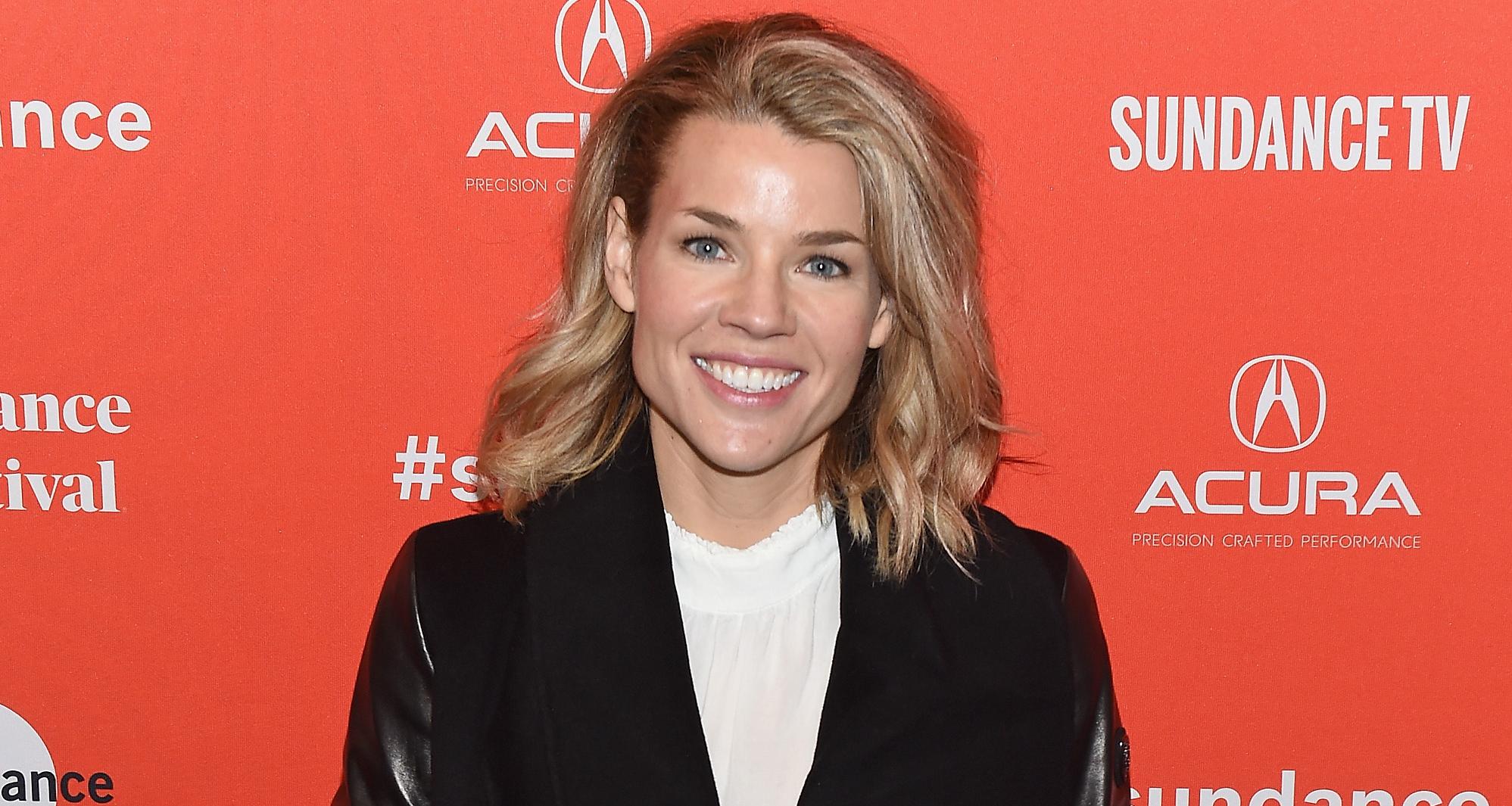 Elizabeth Chomko attends the 'What They Had' Premiere during the 2018 Sundance Film Festival (Photo: Nicholas Hunt/Staff)

It took Elizabeth Chomko quite some time before debuting her first feature film, What They Had. She spent the intermittent years working as an actress and writing plays and essays but now, her film is creating waves and is one of the most eagerly awaited films to be screened at TIFF 2018. Chomko lives in Los Angeles with her husband Jay Montepare and if there anything she loves more than her work behind the camera, it’s animals (especially dogs)! Read on to know more about this talented lady.

The Toronto International Film Festival (TIFF) 2018 will be held from September 6 to September 16 in Toronto, Canada. It will be screening many films directed by female directors and also by first-time directors.

Writer/director Elizabeth Chomko qualifies in both these categories, and her debut feature What They Had has already created a strong buzz at the festival. People are eager to check out this moving and touching film about family and relationships, so here are a few facts about Chomko. 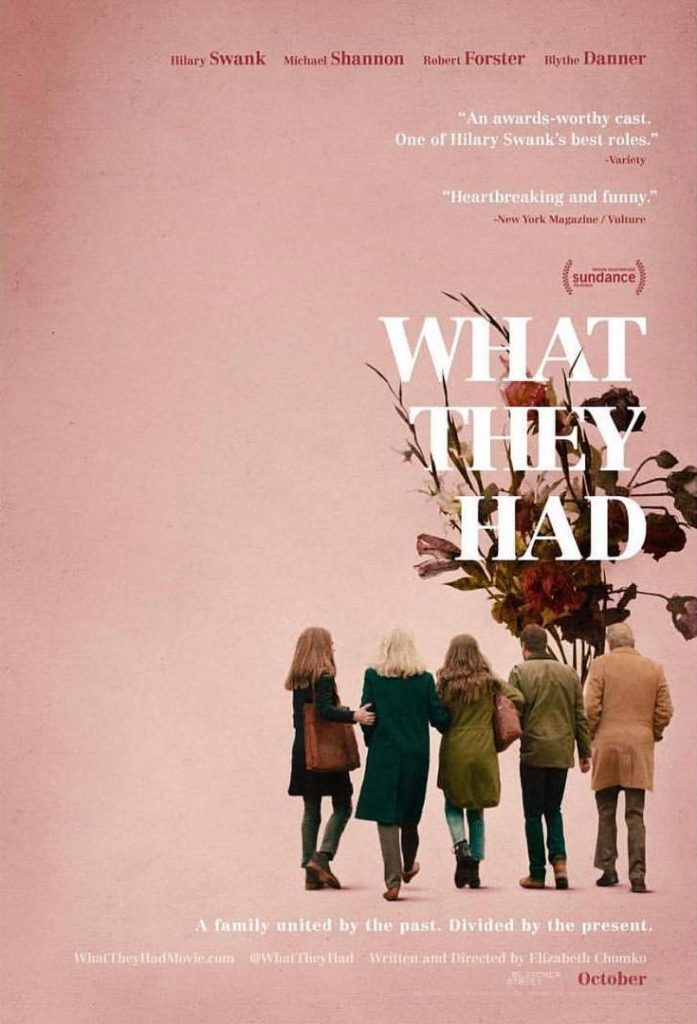 What They Had Movie’s poster shared by Elizabeth Chomko (Photo: Instagram/elizabethchomko)

She Spent Her Vacations in Rural Wisconsin

Chomko was born in Chicago, Illinois, but later her family moved to Minnesota, before coming back again and settling down in Hinsdale, a suburb of Chicago. She also lived briefly in Belgium and the United Kingdom.

When she was about seven years old, Chomko’s family bought a vacation property in rural Wisconsin. Along with her mother and two sisters, Chomko spent a lot of time in Wisconsin because her father was busy working and traveling most of the time.

There were a lot more women than men around whenever the family used to stay at the property. Chomko remembers it as a community of women raising a lot of children, mostly girls, and that was a big influence on her creative sensibilities. Chomko feels that it later affected the stories she was interested in telling and the characters she was interested in exploring.

Female Protagonists Had a Strong Influence on Chomko

The best thing was that there was no TV at her Wisconsin home! So, Chomko and her sisters spent most of their time reading, imagining new worlds, and putting on shows for the rest of the family.

The movies that her mother allowed her to watch were mostly about female protagonists. Some of the movies that Chomko watched were Anne of Green Gables, Julie Andrews musicals, and Judy Garland movies.

Chomko’s mother enrolled her into dance classes at a young age, which led to her involvement in show choirs and musical theater in middle school. Chomko spent a lot of time drawing and painting and playing the piano. She began to feel that art and storytelling were her callings.

She Studied Theater & Philosophy in College

After completing her high school studies at Los Altos High, Chomko enrolled in American University and earned degrees in theater and philosophy, along with a specialty in gender studies.

She focused on feminist philosophy, race, gender studies, and themes of love and desire. She studied the works of a number of philosophers, including Wilhelm Friedrich Hegel, Jean-Jacques Rousseau, and Simone de Beauvoir.

Chomko ended up loving philosophy the most, and while still living in Washington D.C., she got involved with a passionate theater company.

She soon landed a role in one of their plays, and she decided to stay in the creative world instead of pursuing a Ph.D. in philosophy (which she had earlier planned to do). She spent the next two years working as a waitress to support herself while acting.

She then moved to Los Angeles, California, and started working as an actress so that she could afford to do what she really wanted; to write plays. She appeared in several TV series like CSI: Crime Scene Investigation, Terriers, Twentysixmiles, Common Law, Vegas, The Mentalist, and South Boston Legal.

She has also worked in several short films like Latter-Day Fake, Dysmorphia, Narc, Plain Jane Escorts, Flash in the Pan, Jackie and Natalie, and Days Like This. She has just completed her work on yet another short film titled Storytelling. While she was acting, she also spent her time writing plays, short stories, and essays as she really wanted to be a writer.

It was then that Chomko wrote a screenplay titled What They Had in 2015, which she later made into a film with the same name. What They Had will be shown at the Toronto International Film Festival 2018 being held from September 6 to September 16, 2018, in Toronto, Canada.

Chomko Was Inspired by Her Grandmother

For the screenplay, she took inspiration from the life of her maternal grandmother, whom she was very close to. Chomko describes her as a “ball-busting, feisty working woman who was much ahead of her time.” 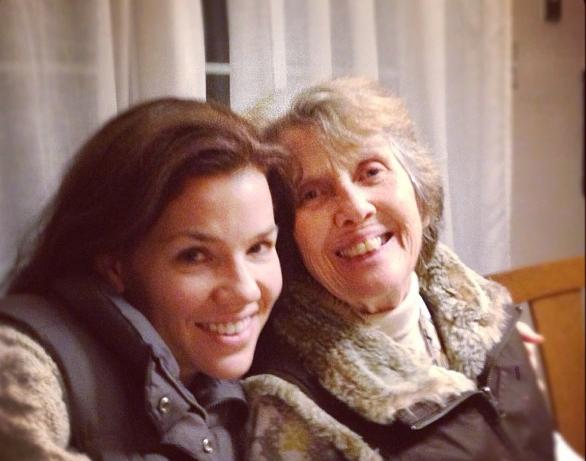 She had a long career as an administrator of nursing homes that specialized in patients with Alzheimer’s before she herself was diagnosed with it at the relatively young age of 67 or 68 years.

Her Work Has Been Noticed and Applauded

Today, Chomko is a film director, screenwriter, playwright, and actress. She has studied at the Sundance Institute’s Screenwriters and Composers Lab, and in 2015 she won an Academy Nicholl Fellowship for her screenplay for What They Had.

Her plays have been produced in The Blank Theater’s Living Room Series and The Kennedy Center’s New Plays Festival. Chomko has also work-shopped with Inkwell Theater’s Playwriting LAB.

Chomko especially likes to watch films directed by women. Some of her favorite women-directed films are Little Man Tate by Jodie Foster, Ratcatcher by Lynne Ramsay, The Savages by Tamara Jenkins, A League of Their Own by Penny Marshall, and Diary of a Teenage Girl by Marielle Heller.

Her Husband’s Also a Multi-Faceted Talent 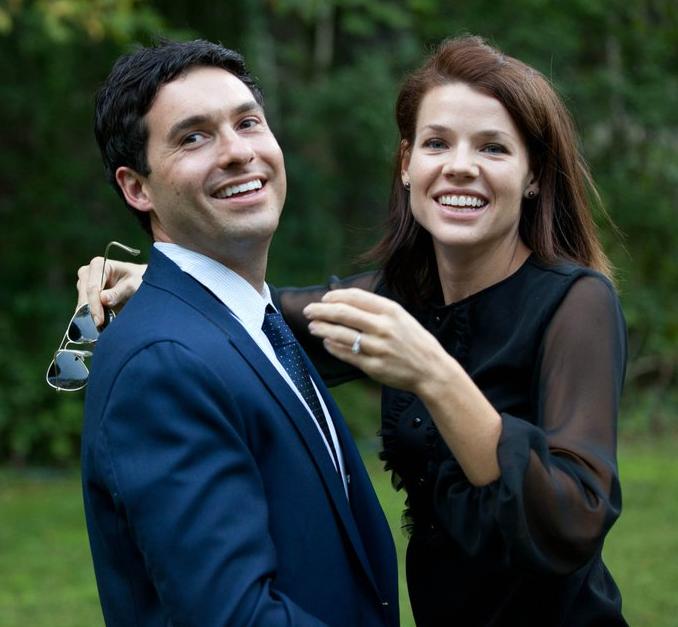 Chomko currently lives in Los Angeles with her husband Jay Montepare and her dogs. Montepare is a carpenter and home decor designer who creates beautiful looking homes for his clients.

He is also a stand-up comedian, actor, host, carpenter, designer, and fabricator. His other interests include woodworking, landscape design, and interior design. Chomko married Montepare in August 2011 and from all reports it has been a very happy marriage.

Chomko Has Only Just Begun

Chomko’s What They Had is one of the most eagerly awaited films that will be screened at TIFF 2018 and Chomko is more excited than anyone else! What They Had may just be the first film of a talented writer-director who has the ability to make many thought-provoking and intelligent films in the coming years.