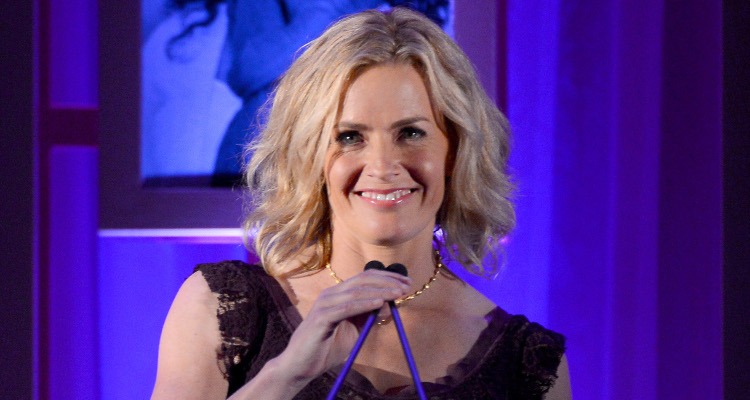 Elisabeth Shue was the girl next door everybody loved in the ’80s. After a brief hiatus from acting, Shue is back with two films to be released in 2017.

In the 1980s, Elisabeth Shue could do no wrong. She appeared in a bunch of iconic movies like The Karate Kid, Back to the Future II & III, and Adventures in Babysitting. People couldn’t help but fall in love with Shue. She was the proverbial girl next door, and her fresh looks and likeable personality made her a favorite among audiences, leading her to being cast as the love interest of stars like Tom Cruise (Cocktail), Val Kilmer (The Saint) and Alec Baldwin (The Marrying Man). Shue was always lovely and friendly, a difficult combination to achieve, and someone who you could take home to meet your mother.

The last few years have seen the actress absent from the Hollywood scene, with fans not getting a glimpse of Elisabeth Shue today. We have the details on where Elisabeth Shue is in 2017. She decided to step away from the limelight after starting a family, as she wanted to spend more time with her kids. When it came to deciding between appearing in a mediocre film or being with her family, Shue chose the latter every time. But she didn’t exactly disappear. Shue had roles in films like Mysterious Skin, Hide and Seek, Dreamer, Piranha 3D, Waking Madison, Hope Springs, and Behaving Badly.

Even though she gave solid performances, we still didn’t see enough of her. However, things look better for Shue in 2017. She has two movies coming out which will introduce her to a new generation of movie goers. One of these films is the sports-themed drama, Battle of the Sexes, which is loosely based on the 1973 tennis match between Billie Jean King and Bobby Riggs. Shue plays Bobby Riggs’ wife and we can see it all unfold on September 22, 2017.

Elisabeth Shue will also be seen in the reboot of the 1974 action fest, Death Wish alongside Bruce Willis. Death Wish is about a mild-mannered father named Paul Kersey (Willis), who transforms into a brutal killing machine after his family is destroyed by a criminal and violent act. Shue is cast as Lucy Kersey, Paul’s wife. Filming for Death Wish has wrapped up and the film is in post-production, giving us plenty of Elisabeth Shue’s current photos. Comparing Elisabeth Shue’s then and now photos makes it clear that time has been good to the actress, who looks as amazing at 53 as she did at 20!

Since making her comeback to the small screen in 2012 with her role as Julie Finlay in CSI, fans have been waiting for Elisabeth Shue to make it back to the big screen. Gone is the naive and harried young girl of the 1980s and in her place is a beautiful and mature woman with the same approachable features. With two new movies and the same lovable Shue, we’re sure that we’ll be seeing a lot more of her!