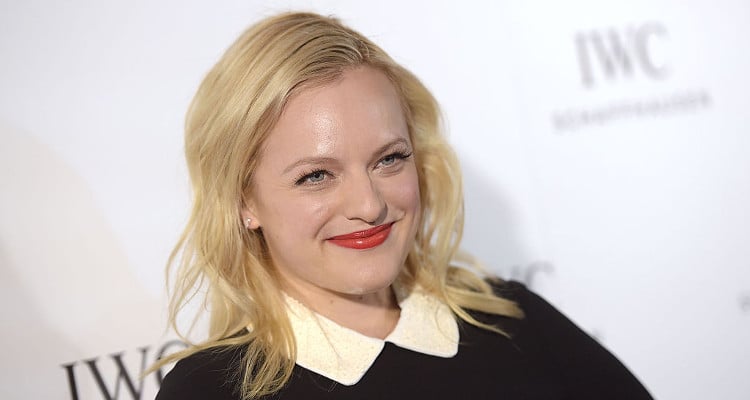 Elizabeth Moss made Peggy Olson the real star of the male-dominated, Mad Men. That seems to be the running theme of her enviable Hollywood career, as now she is staring in The Handmaid’s Tale.

She went from Top of the Lake to making a mark among Mad Men, and now she’s going to tell The Handmaid’s Tale. Elizabeth Moss’ acting resumé is definitely one of the most enviable in Hollywood. She’s once again playing the central lady in a terrifying patriarchy in The Handmaid’s Tale, a show everyone is looking forward to, thanks to Elizabeth Moss. If you’re curious to know about this amazing actress, you’re in luck! We have Elizabeth Moss’ wiki right here, which includes quite a few juicy facts about her.

Moss was born and raised in Los Angeles, California. Elisabeth and her younger brother Derek grew up in a show business family. Her parents, Ron and Linda Moss, are musicians. Ron Moss is a jazz artist and manager, and Linda Moss plays the blues harmonica. It’s natural that their daughter would want to be a performer, too.

But Elisabeth had different performance aspirations. Acting wasn’t her main focus as she learned ballet at the School of American Ballet in New York and dreamed of becoming a professional dancer. She moved to Washington D.C. to study dance with Suzanne Farrell at the Kennedy Center.

While continuing to dance, she would audition for acting jobs. Dancing would help take the pressure off the auditions for her. To balance dance, acting, and her studies, she began homeschooling and graduated in 1999 at the age of 16.

Moss auditioned for several parts until she landed her first major role at the age of 10 as Baby Louise in Gypsy, starring Bette Midler. Two years after completing high school, she acted with Angelina Jolie in Girl Interrupted. Her breakthrough role as a young actor was playing Zoey Bartlett, the First Daughter in NBC’s 1999 political drama, West Wing.

After several small roles, she auditioned for an upcoming TV series in 2007. The show’s creator, Matthew Weiner, who recognized her from West Wing, was impressed by how she seamlessly inhabited the character. “She is that kind of actress where we don’t intellectually ever delve into what is going on with her character. It’s almost like it doesn’t pass through Elisabeth’s brain. It’s completely instinctive,” Weiner said. That’s how Moss landed the role of Peggy Olson, the secretary-turned-copywriter-turned-copy-chief, who established herself as an equal to Don Draper and the other men dominating Sterling Cooper in Mad Men.

The series went on for seven seasons, winning Moss a number of awards and adding to her wealth. The 34-year-old was reportedly paid $75,000 per episode! That, along with her acting and Broadway credits, brought her net worth to $8.0 million.

On my way to The Handmaids Tale premiere last night at TriBeCa film Festival! Even though I've seen the first episode I was still nervous, happens every time!!:) #hallwayseries #handmaidstale @rosettagetty @tiffanyandco

Moss and her family have been longtime members of the Church of Scientology. She often speaks about her faith in interviews and credits Scientology for “sanity” and “stability” in her life. But she refuses to delve deeper into her religion and childhood.

“It has taught me so much about the importance of communication. In my line of work I am often in very stressful situations, in which you would often get totally nervous or clam up—you know, going on stage in front of 2,000 people,” said the former ballerina. In another interview, she said, “I think if there was something that I didn’t know and didn’t understand, I would probably feel as opinionated. You know how you’re opinionated about when someone breaks up? Celebrities break up and you just feel like you know what happened?”

#4. Her Thoughts about Her Ex

The actress popped up on Saturday Night Live when her Mad Men costar, Jon Hamm was hosting in 2008. There she met Fred Armisen, singer, comedian, and a former SNL cast member. Sparks flew, they began dating, and got married in 2009, a year after they met.

But their marriage didn’t last long and they divorced in 2010, with Moss painting Armisen in an unflattering light. “One of the greatest things I heard someone say about him is, ‘He’s so great doing impersonations. But the greatest impersonation he does is that of a normal person.’ To me, that sums it up.” Ouch!

She was looking forward to dating again and has been romantically linked to several of her costars, including Tom Hiddleston. But these rumors were never confirmed.

High Rise, from the brilliant filmmaker Ben Wheatley is in theaters now. It's a wild beautiful film that I'm very proud of, go check it out;)

Moss is a feminist by her own admittance and has made her own brand of feminism in Hollywood portraying Peggy Olson. So, the talk of feminism naturally came about while talking about her role in The Handmaid’s Tale.

The Hulu series is based on the Margaret Atwood novel of the same name. It revolves around a dystopian world, where women have been stripped off all rights in an autocratic patriarchal system. Environmental contamination has created a republic-wide crisis of infertility, so a social class of handmaids have to bear the children for the noble class. Moss plays Offred, a handmaid who dreams of freedom.

Time Magazine with my idol and the legendary one and only Margaret Atwood. . This woman blows my mind every time I see her with her wisdom and wit. She gives some damn great advice too, so check out the link in bio for article and video interview?? @time #HandmaidsTale

On the surface, it appears to be a feminist story. But Moss and her fellow handmaid, Madeline Brewer didn’t think so. Moss said in an interview “…for me it’s not a feminist story—it’s a human story, because women’s rights are human rights.” Some people didn’t agree with her statement.

Atwood chimed in as well with a Tweet, “They needed an ‘only,’ an ‘also,’ and a human rights definition of the F word, imho.” The keeper of the source material didn’t exactly refute the cast’s claims, but rephrased for better clarity. As you’d expect from a Booker Prize-winning author.

They needed an "only," an "also," and a human rights definition of the F word, imho.

Moss later clarified her comment that The Handmaid’s Tale is indeed a feminist story saying, “I think what happened was that I left out a very, very important four-letter word, which is ‘also.’ It’s also a humanist tale. That’s all. Women’s rights are human rights.” The Handmaid’s Tale is a must-watch on Hulu right now.