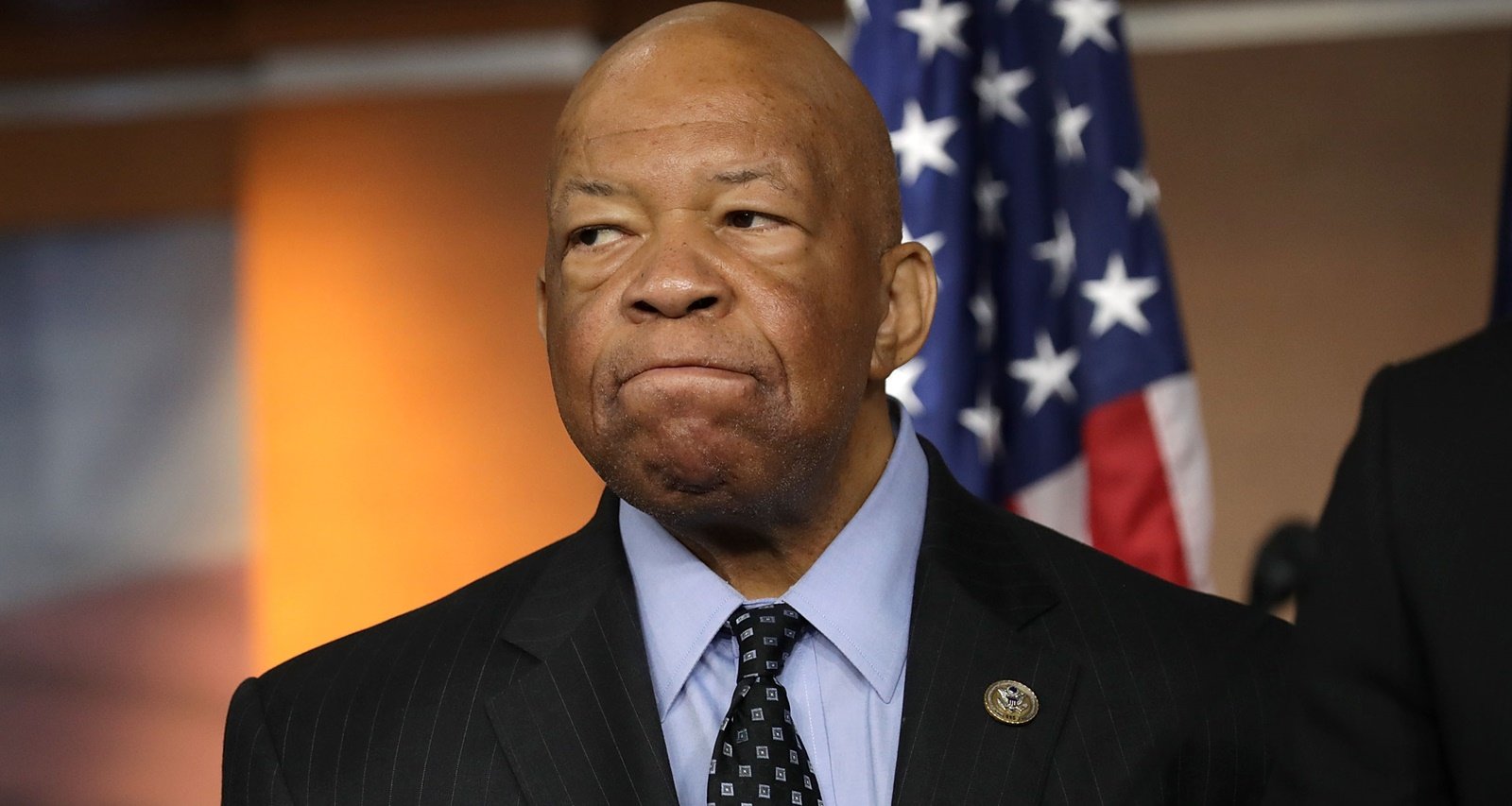 Rep. Elijah Cummings (D-MD) speaks during a news conference at the U.S. Capitol May 17, 2017 in Washington, DC. (Photo by Chip Somodevilla/Getty Images)

Elijah Cummings, a titan in Baltimore’s political scene and a strong Democratic force against President Trump, passed away on October 17, 2019 at the age of 68. Cummings served in the U.S. House of Representatives for Maryland’s seventh congressional district from 1996 until his death. Over the course of his political career and civil activism, Cummings earned an estimated net worth of $600,000, as calculated from his financial disclosures in 2018. Here’s a look at Elijah Cummings’ career by the numbers.

Elijah Cummings was born on January 18, 1951 in Baltimore, Maryland to a couple of sharecroppers, Ruth and Robert Cummings. He started his political career at a young age, as part of the student government at Howard University.

After earning his bachelor’s degree in political science from Howard and his Juris Doctor from the University of Maryland School of Law, he practiced law for 19 years. But he’d put his legal career behind to contest and win the 1996 U.S. House of Representative elections for the seventh congressional district in Maryland.

He had held the public office for 23 years and previously served 14 years in the Maryland House of Delegates.

Making my Instagram debut with a #TBT of my high school senior picture at @citycollegian. #GoCity

On the national level, Cummings had been a major Democratic presence in house committees. He spent his last year in office as chairman of the House Committee on Oversight and Government Reform and engaging in a war of words with Donald Trump, who was the subject of the committee’s investigations.

At the time of his death, Cummings was leading the impeachment inquiry against the POTUS. Rep. Carolyn Maloney (D-N.Y.) will now serve as interim chairman.

Cummings and his wife, Maya Rockeymoore, formed a political power couple in Baltimore. Rockeymoore herself is a force in the Democratic party.

Now Baltimore is in mourning for this man who made a significant impact on their lives and community, despite the president’s criticism.

Also Read: Ric Ocasek Net Worth At The Time of His Death

Cummings’ Made His Financial Disclosures Public in 2018

It’s standard procedure for members of the House of Representatives to file a financial disclosure report for transparency. Cummings had followed this practice every election, including during the 2018 general election, his last one before his death.

Adding to his income was his wife’s salary as a policy consultant with Global Policy Solutions in Washington, D.C. Her annual salary is somewhere between $250,000 and $500,000.

I was proud to speak at @orchleague's national conference today about increasing diversity in the arts. We must not treat diversity as our problem, it is our promise.

They also had investments worth $300,000 and other pension funds.

Back in August, Trump and Cummings exchanged barbs when the president took jabs at Cummings’ hometown of Baltimore. Hours before, police were investigating a reported robbery at Cummings’ home. Cummings later said he had scared away the intruder after his security alarm was triggered.