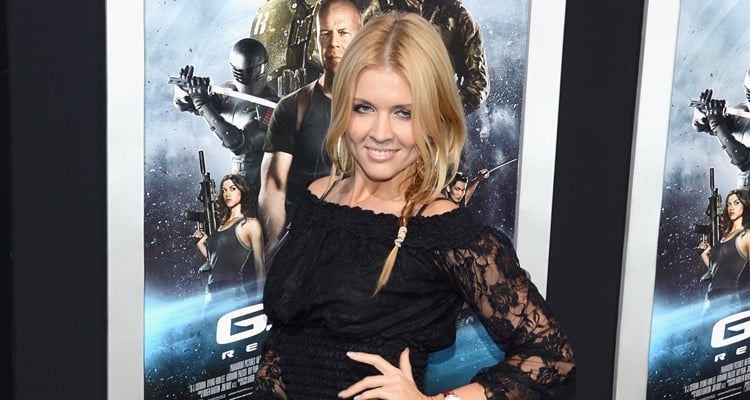 If you have been following Dancing with The Stars, then you must know of dancing professional, Gleb Savchenko. Well, we all know a little about our favorite dancer, so let’s learn a tiny bit about Gleb Savchenko’s wife, Elena Samodanova.

Dancing with The Stars is no cake walk. Each participant has to work hard to make sure they win the title and the prize. In case you did not know, Gleb Savchenko could not participate on Monday night’s (November 7) episode of Dancing with The Stars due to a knee injury. So, Alan Bersten stepped in to rehearse with Savchenko’s partner, Jana Kramer, while Savchenko recovered. Sources claim that his injury is not that serious, which means we might see him again on the show!

Is Gleb Savchenko married? Most of you will be heartbroken to know that Savchenko is, unfortunately, off the market! If you want to know more about Gleb Savchenko’s wife, Elena Samodanova, then keep on reading.

Who is Elena Samodanova?

It comes as no surprise that Samodanova is highly talented in the field of dance as her mother, Irina Samodanova, was also a well-established dancer. Elena Samodanova also has a Masters in Choreography and is certified in Pro Latin and teaching ballroom dance.

Samodanova appeared on the American and Australian versions of Strictly Come Dancing, and Dancing with The Stars. She was also the judge of the Russian version of the show. Apart from being a dancer, Samodanova is also a producer of UK’s One More Dance and Ballroom Superstars Ball.

How Did Samodanova and Savchenko Meet?

During an interview, Samodanova recalled how she met her husband. They met in a dance studio in Moscow, and gradually became friends. They officially started dating in 2006, and they have an adorable daughter together named Olivia Savchenko, who was born in Hong Kong.

Her Hobbies Other than Dancing

When Samodanova is not dancing she likes to spend her time doing Bikram-yoga, surfing, horse-riding, cooking, and making video clips. She says that she loves cooking for her daughter, and often she and her daughter spend quality time preparing various meals together.

Samodanova is Supportive of Her Husband’s Career

Samodanova and Savchenko completely support each other’s careers. Savchenko decided to quit the show Strictly, Come Dancing, because he wanted to be there more for his wife and daughter. He said he missed out on six months when he was on the show, and did not want to miss any more.

The couple truly are an inspirational pair. Despite their busy schedules, they still make it a point to spend quality time with each other and their daughter. We hope Savchenko recovers soon and we see him on the floor of Dancing with The Stars again!