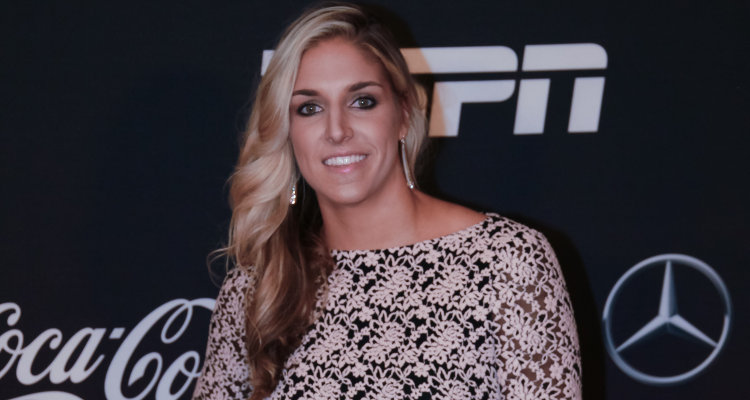 The Olympic games, Rio 2016 is back with full power and new participants! The Rio Olympics 2016 will be starting on August 5, so make sure you don’t forget to watch it and of course cheer for your favorite participants. One of the participants in the 2016 Olympics is Elena Della Donne. Besides, the information that she will be competing against participants, Elena Della Donne has announced publicly, that she is gay and is proud to be sharing the news with the world!

The famous basketball player is currently engaged, so she has two reasons to celebrate! Besides this, if you want to know more information about Elena and Elena Delle Donne’s partner, then you need to keep reading.

Elena Delle Donne was born on September 5, 1989 in Wilmington, Delaware. She has an older brother named Gene and an older sister named Elizabeth. Since she was very young, Elena was fond of playing basketball. She was a high school basketball star at Ursuline Academy and she helped her academy win three straight Delaware State championship titles. Additionally, she was also ranked as the number one high school recruit by Scout and McDonald’s All-American team. She is even considered as the University of Delaware’s “Hometown Hero.” Apart from basketball, she is also an awesome volleyball player.

Due to her outstanding basketball career in high school, she received a basketball scholarship from University of Connecticut. However, in 2008 she dropped out of the scholarship because she could not stay away from her family. Her sister, Elizabeth has cerebral palsy and is also deaf and blind. In one of the interviews, Elena’s brother said, “Her relationship with Lizzie is huge. It’s so close. It’s a big reason why she is such a homebody who came home from UConn, because she craves to be around Lizzie and to experience Lizzie grabbing her and sniffing her and just spend quality time with her.”

She took a long break to sort out her personal issues and finally, in the year 2009, she joined the basketball team. She played for the team, The Blue Hens, and was recognized for her amazing skill set, which helped her team win many tournaments.

She has played several games internationally. In fact, in the year 2011 she played for the World University Games in China. They won the game against Taiwan. She was even considered for the 2014 World Championship games, but could not play due to an injury. In the 2016 Rio Olympics games, she is one of the members of the United States Women’s National Basketball team. They will participate in the 2016 summer Olympics in Rio de Janeiro, Brazil.

This place was so cool! So glad we got the chance to experience the @SavedByTheMax #SavedByTheMax

Her father, Ernie, is a real estate developer and her mother’s name is Joanie. Her brother Gene is also athletic as he played footballer in his college days. Elena plans to open a charitable organization which will focus on Lyme disease awareness. Recently, news about her engagement had surfaced and Elena Delle Donne made the decision to come out publicly as gay. She is engaged to her long-time partner, Amanda Clifton and the two couldn’t be happier! Although several pictures of the pair are up on their social media pages, she officially announced her engagement in one of her recent interviews. We wish Elena good luck in Rio, and we wish the best for her and her new fiance!