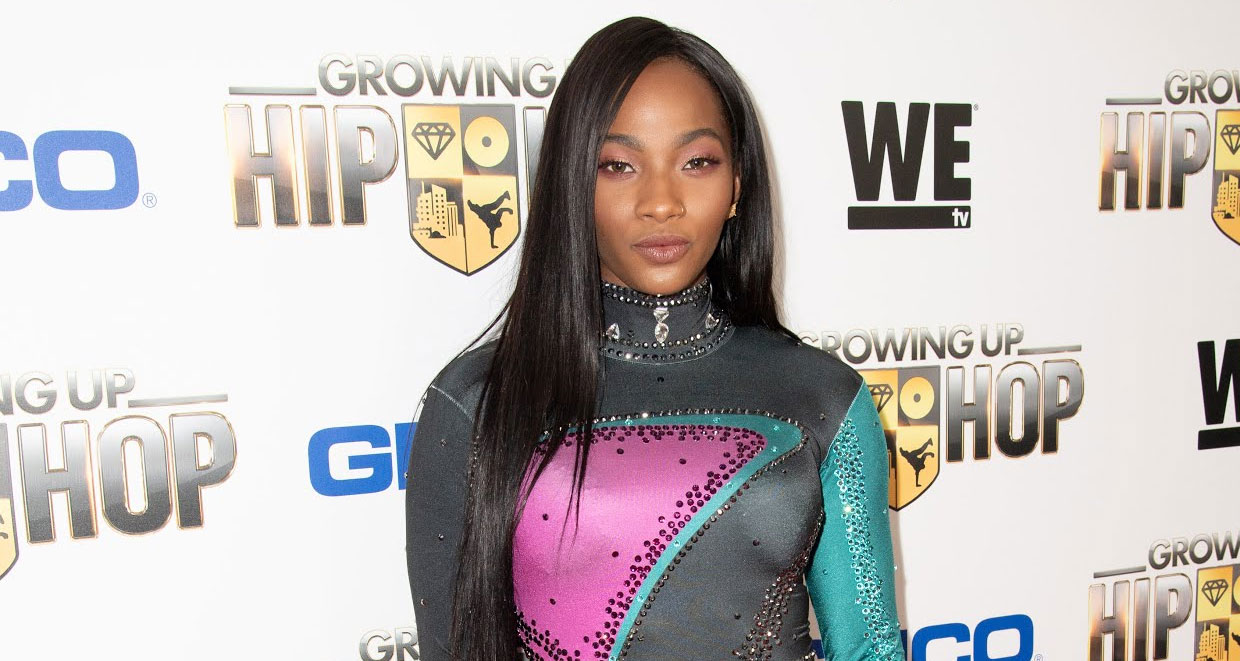 Egypt Criss is only 19 years old but is already generating interest in the world of showbiz. She is an aspiring singer and a reality TV star, who appears on the show Growing Up Hip-Hop. She is the daughter of famous rappers Sandra “Pepa” Denton of Salt-n-Pepa and Anthony Criss of Naughty by Nature. And clearly, Egypt inherited their talent genes, as well. Watch out for this new star in the making!

The fact that Egypt Criss is becoming famous in her own right is hardly surprising. After all, fame is in her genes. She is the daughter of Sandra Denton and Anthony Criss, both of whom have been famous for their own careers in music.

Denton was part of the famous Grammy award-winning female rap trio Salt-n-Pepa while Anthony Criss, aka Treach, was a lead rapper for the renowned rap group, Naughty by Nature. Both of which saw huge success beginning in the ’80s.

Artistic credentials and backgrounds like this don’t come easy, but Criss is also very talented in her own field of acting. She appears in Growing Up Hip Hop, a reality TV show/franchise which airs on WE tv. It chronicles the lives of the children of hip-hop legends, for which Criss definitely qualifies by a large margin.

Criss also has ambitions of having a solo career in music, and at the young age of just 19, she lives with big dreams and hopes in her heart. She’s a staple on the show, and fans just love her. Here are a few details from Egypt Criss’ wiki.

Criss was born on September 2, 1998, in the United States, which makes Egypt Criss’ age 19. She is the only child of Denton and Anthony, and her birth name is Egypt Jahnari Criss. She does have a step-brother, whose name is Tyron Moore.

Music in the Family

Criss has a famous uncle who is also in the music industry; Diesel Criss. Diesel Criss is a rapper in the group Rottin Razkals, a close affiliate of her father’s group, Naughty by Nature.

One can only imagine how lucky Egypt has been to grow up in such a deep musical environment. That also makes people curious to see what verse Egypt will contribute to her family’s rich musical legacy!

Egypt Criss was interested in music from an early age, and her musical education began when she heard her mother’s and other artists’ songs on the radio. Ever since the early stages of her career, she listened to all kinds of music, especially her mother’s songs. That enabled Egypt to have a good understanding of how rap and hip-hop were in the late 1980s and onward.

Denton (aka “Pepa”) wanted her daughter to have an excellent academic education, so she sent Egypt to the finest public schools. She had a healthy and straightforward childhood as her mother strove to protect her from the noisy distractions of her hip-hop career. However, the apple doesn’t fall far from the tree, and sure enough, Egypt did decide to become a musician as well when she grew up!

Denton has still not given her daughter her blessings even though Criss has started working on her hip-hop career. Denton has seen the advantages and pitfalls of the hip-hop industry in her long career, and she wants to protect Egypt from all possible dangers.

So, she has a strong hand in Egypt’s career behind the mic. She often attends her studio sessions to give her pointers and tips on what to do, ensuring that her daughter takes note from her experience. She wants the best for her daughter and wants her to learn from her mistakes.

Egypt’s mother is one of those artists who helped establish hip-hop as a popular music genre, and she tends to be a bit overprotective of her daughter.

But Egypt seems to be okay with that! About her mother being in the studio with her, Egypt says, “It’s good because she’s a legend. She knows what she’s talking about and she’s on board with everything. She definitely puts in her input, so it’s really great.” Denton went on to gush about her daughter’s new music, saying that it’s so good and she can’t wait for people to hear it.

Egypt is more determined than ever to make it in the music biz, and she’s absolutely sure that she is meant to see success in her growing career as an artist. When she was younger, she began to cover several songs by other artists and posted her versions on YouTube generating interest in her musical talents.

Some of her covers that are available on YouTube are: “When I Was Your Man” by Bruno Mars, “No One” by Alicia Keys, “Titanium” by David Guetta, and “With Your Love” by Cher Lloyd. Check out a young Egypt taking on “Hallelujah” below:

Now, on the cusp of turning 20, Egypt is a practicing member of today’s generation who wants to be financially independent at a young age.

Having seen musicians and artists endure bad days due to lack of money and zero financial planning, she is already taking steps in the entrepreneurial department to make sure she’s getting ahead of the game. Egypt has her own line of jewelry called “Be.See.Own” which allows her to showcase her creative side, apart from music.

It is also an insurance policy against a possible failure in her music career by not putting all her eggs in one basket. Very smart move, young lady!

Not that Egypt has any financial problems, though. In 2016, she proved her business smarts by arranging the sale of her shoes, a pair of sneakers called “The Fire Monkey,” for an estimated whopping $4.0 million!

The price was so high because the sneakers were laced with several hundred carats of white diamonds and sapphires. The proceeds from the sale went to the Soles4Souls charity.

Friends in the Right Places

Like most people her age, Criss has an active life on social media and regularly posts details of what she is up to for her fans. Egypt Criss’ Instagram account is full of pictures of her in stylish clothes looking sexy and glamorous, with her celebrity friends like 21 Savage, Tyra Banks, and DJ Khaled, attending red carpet events and promoting her TV show as well.

Star in the Making

These days, Egypt Criss is busy with her work on Growing Up Hip Hop, be it shooting for the episodes or promoting it in the media.

She is also working on her music career, which is a dream very close to her heart. With a mother and father so musically accomplished, there is no doubt that with their encouragement and guidance, Egypt will carve a prominent place for herself in music lovers’ minds!