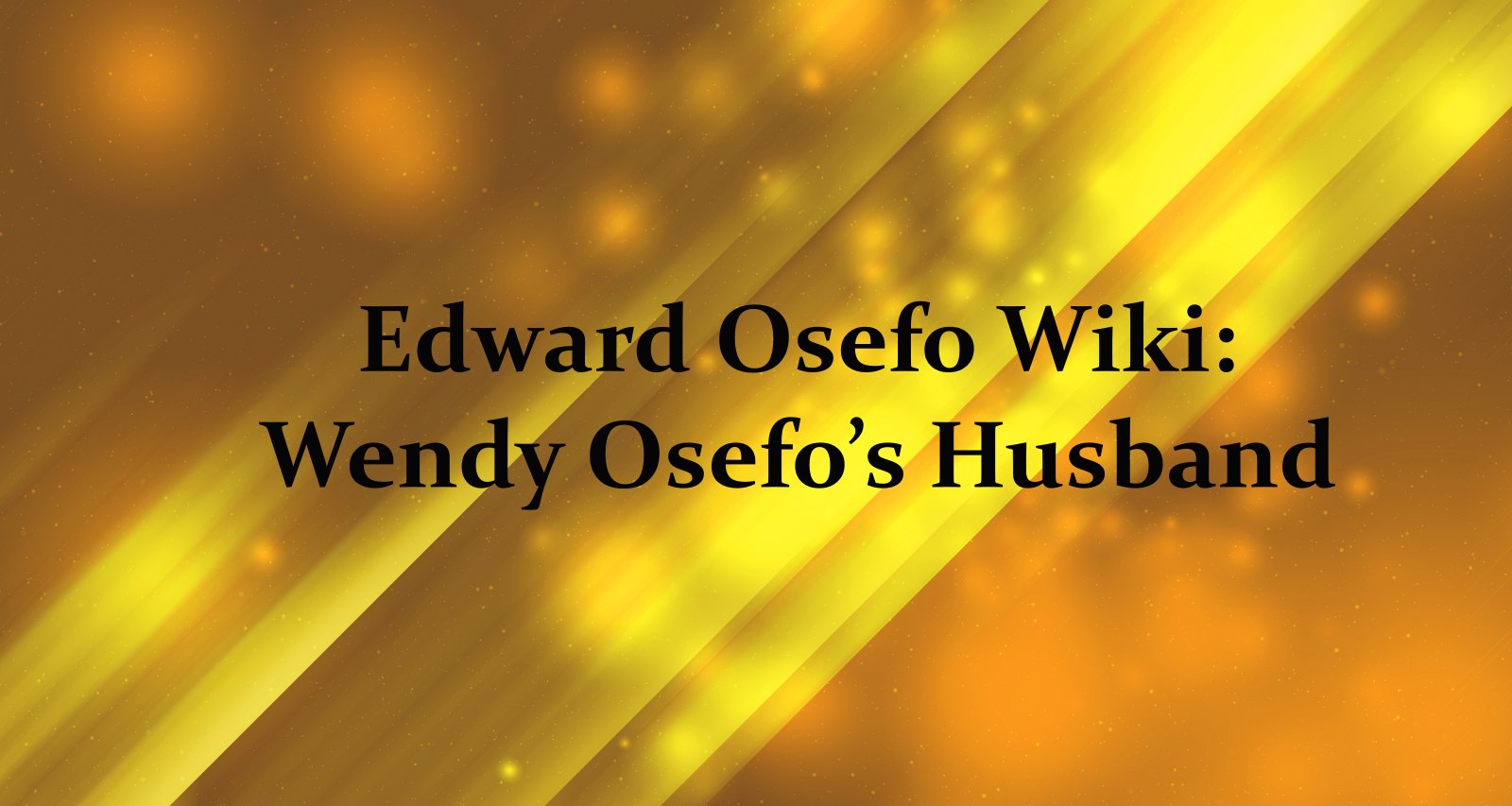 Wendy Osefo arrived on The Real Housewives of Potomac season 5 packing the drama. But it appears that the main contention in season 6 may involve Wendy Osefo’s husband. Edward Osefo (aka Eddie) appeared on the show a few times last year, and the couple’s estranged relationship with Eddie’s family was cause for drama. But now the RHOP gossip mill has word about a potential strain in Eddie and Wendy’s relationship. An explosive interview alleges that Eddie cheated on the political commentator-turned-reality star. We elaborate on the allegations and more details on the Real Househusband in Edward Osefo’s wiki.

Edward “Eddie” Osefo was born on December 20, 1983. He is of Nigerian descent and based in Maryland.

In Wendy’s debut season on RHOP, she said that she and her husband are estranged from his family. She further said that Eddie’s family didn’t attend their wedding and hadn’t met their children.

After graduating from Pikesville High School in Baltimore, Eddie Osefo attended the University of Maryland. He earned a BS in computer engineering before pursuing his MBA at Rutgers University.

Osefo switched tracks to law at Rutgers Law School. He has a JD in taxation laws. He then earned his LLM degree in tax laws from the Georgetown University Law Center.

Osefo was briefly based in Washington, D.C., when he was a business consultant for Deloitte from 2007 to 2008.

Osefo was a summer associate at PricewaterhouseCoopers’ (PwC) Philadelphia firm in 2011. He later returned to D.C. to work as an attorney at the local PwC in 2012.

He was at PwC until 2019 before leaving it to join the Baltimore branch of RSM US. He is currently a full-time attorney at RSM US.

Nigerian-born Wendy Ozuzu met another Nigerian, Edward Osefo, when they were 17. Wendy and Eddie were friends for many years, during which Wendy attended Rutgers University as well.

After years of friendship and graduating college, they officially began dating. Wendy and Eddie tied the knot on August 20, 2011.

Eddie Osefo had a few GIF-worthy moments on RHOP. But he is now a viral topic due to cheating allegations.

A source gave an exclusive interview to gossip website All About the Tea in May 2021 claiming that Eddie had an affair behind Wendy’s back. The source claims that the other woman works in his law firm and he allegedly has a baby with her.

Eddie and Wendy Osefo have not commented on the allegations. They are reportedly in the middle of filming season 6 of RHOP.