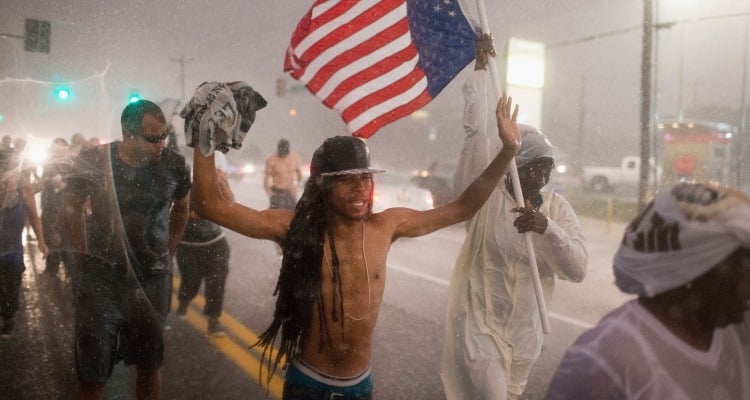 According to the St. Louis Post-Dispatch, Edward’s father, Edward Crawford Sr., 52, told reporters that his son had died from a self-inflicted gunshot wound. He was found dead late Thursday and both Crawford’s parents went to the morgue to identify their son’s body. The medical examiner’s office claimed the death of Edward S. Crawford Jr. was recorded as a suicide at 11:46 p.m. on Thursday. But the official cause of death is pending the autopsy results. The shooting took place near the 1400 block of Salisbury Street, in the city’s Hyde Park neigborhood. Crawford Jr. lived in 7000 block of Dover Street in University City.

According to the police report via St. Louis Post-Dispatch, Crawford Jr. was in the back seat of a car, with two women. The women said to police that Crawford Jr. had started talking about how upset he was over “personal matters.” They heard him looking for something in the back and that’s when the gun suddenly went off.

Edward Jr. is survived by his father, mother, and four children. Crawford Sr. believes the shooting was accidental and not intentional.

“I don’t believe it was a suicide,”  he said. He said investigators weren’t saying much to him yet. “They’re being hush-hush,” he added. He also stated that only two days before the incident, his son was in “good spirits.” He explained that he was applying for a new job (at a Schnucks warehouse) and was living in a new apartment.

“He was wonderful, great, always in a good mood,” the father said. “He just got a new apartment and was training for a new job.” His father also explained that Edward had four kids, who he loved to death.

In 2014, an unarmed African-American teenager by the name of Michael Brown had been shot dead by police officer, Darren Wilson. The lack of justice ignited protests against police brutality to the streets of Ferguson (and ultimately the rest of the country). During a protest in Ferguson in August 2014, Edward Crawford’s Ferguson fame came when he threw a canister of tear gas back at police officers. The iconic moment was captured in a photographic that became so famous, it won a Pulitzer Prize for breaking news photography in 2015. This was the moment Crawford Jr. became known for, but he said later that it wasn’t what people thought.

“I didn’t throw a burning can back at police,” Crawford told the newspaper in August 2015, after the county counselor’s office cited Crawford under two county ordinances for interfering with a police officer and assault. “I threw it out of the way of children.”

It may not have been intentional, but it was an inspirational moment to those who protested the senseless killings of youth in the African-American community, and the photo is still widely regarded today.

He was a Symbol to the People

After hearing of his death, Missouri Senator Maria Chappelle-Nadal, D-University City, took to social media to comment on what Crawford Jr. meant to the people.

“He is #Ferguson’s hero,” the senator wrote on her Twitter account. “For those of us tear-gassed, he was our local champion.”

Chappelle-Nadal said she never met him but believe he was a great symbol for everyone.

“For him to throw it back, it was a rebellion … to say this is not right. We are gonna stand here and not be invisible.”

Many have mourned the loss of this young passionate man after hearing the tragic news of his death.