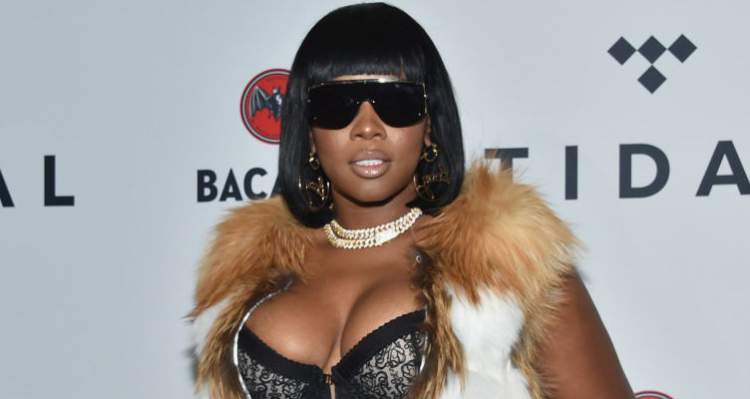 In March 2008, the Bronx rapper was sentenced to jail for shooting her friend, Makeda Barnes-Joseph (who was 23 at the time) in a dispute over $3,000. Remy Ma was 26 years old. So, how long was Remy Ma in jail for?

Remy Ma was able to have her jail time cut back to eight years. The judge originally ordered 13 years, which less than the maximum of 25 years.

According to Remy Ma’s lawyer at the time, Ivan Fisher, she was sentenced by the New York Supreme Court for charges of assault, attempted coercion, and weapons possession. Fisher also claimed that the judge may have been swayed by his client’s emotional statement about accidentally shooting the victim in the abdomen.

“Remy Ma spoke to the court and movingly spoke to the victim, who was in court, to share with her how sorrowful she was about what happened to her,” Fisher said. “It was an extremely moving moment, where she expressed how badly she felt about the tragedy of being shot and that she was very, very sorry it happened to Makeda.”

Remy Ma’s son was seven years old at the time, and she was in a relationship with Papoose, whom she planned to marry. Their marriage was delayed until she was transferred to an upstate prison. They tried to get married at Riker’s Island, but the ceremony was called off when officials found a key on Papoose, thinking that it might open handcuffs.

“I don’t know much about it,” said Fisher. “But I know that if the corrections folks thought this was a key used to open their handcuffs, I doubt very much that they would have released Papoose.”

Remy Ma was released and greeted by her husband (Papoose) and friends, after staying at the New York Bedford Hills Correctional Facility for Women.

Sometime after the “All the Way Up” singer was released, she talked about her time in prison and its affect on her life.

“Well, first let me say, people be like, you’re out of jail now — and by people, I mean idiots on social media who just type because they have fingers — why do you talk about prison so much? I’m almost positive I have some type of PTSD,” Remy Ma told The Fader magazine.

“I really went through a traumatic experience. Almost a decade of my life was consumed by the prison system. Of the past 15 years [as a rapper], I’ve spent most of that time in prison as opposed to the “free world,” so I don’t think I’m going to forget any of the things I went through, and I still have people that I have learned to care about that are there, and will probably end up having to spend the rest of their life there.”

This me all day around @lilkimthequeenbee ?…had to literally get up and move away from her just to finish writing my verse cuz I was dying laughing?Distressed jeans, sneakers, & flight jackets flow?#RemyMa #RemyMafia #7W6S

Oddly enough, Remy Ma used to admire Nicki Minaj back in the day.

“Nick has always been a supporter and vice versa,” Remy Ma said to Rolling Stone. “I like what she does. She’s done wonderful things for females, but I just wish there was more of them. I don’t know what they’re doing; they’re letting these guys take over.”

In a feud older than time, Remy Ma and Nicki Minaj are back at it. And now, Lil’ Kim is in the mix, too.

According to reports, the two rappers are teaming up against Minaj with a diss track littered with subliminal shots at the “No Frauds” singer. Remy Ma is also being managed by Vincent Herbert, Tamar Braxton’s estranged husband.

Are you ready for the tea?