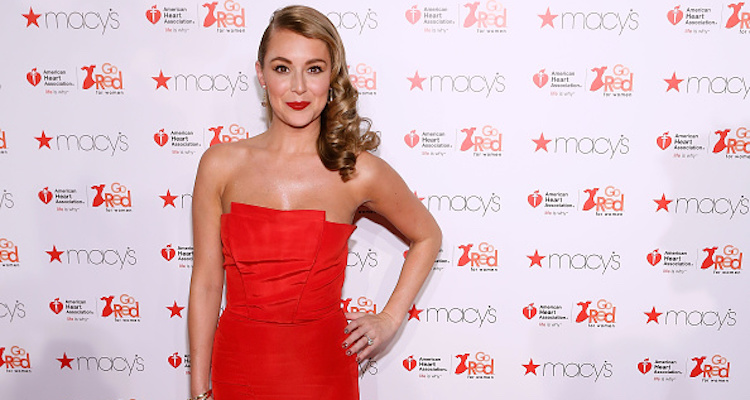 Have you seen Alexa PenaVega’s baby? If not, then head over to her Instagram now, because the Spy Kids and Dancing with the Stars alum isn’t shy to tell everyone just how proud she is to be a mother!

The Dancing with the Stars alum took to Instagram to show her loyal fans a picture of her son (with Big Time Rush alum, Carlos Pena) Ocean King PenaVega. The picture was captioned “This tummy time angel. #GodIsSoGood” and gained over 100,000 likes, with many of Alexa’s fans showing their love and support for her new baby.

The 28-year-old Spy Kids actress and the 27-year-old Emmy-winning Grease: Live star have been married since 2014 and have fully embraced being parents to their first child. Carlos, like any proud father, also took to Instagram yesterday to show his own set of fans a black and white picture of his son captioned, “Can’t believe my little nugget is 2months old today!!” The post had over 130,000 likes and nearly 300 comments sending Carlos and his family well wishes. Ocean may only be a couple months old, but he already has his own Instagram account with over 200,000 followers and only 35 posts! That’s pretty impressive for a baby and we think his famous parents may have something to do with it.

Setting up the Nursery

The young power couple have always been public about their private lives (usually on Instagram), so it was no surprise that they had a feature article in an issue of People, about how they wanted to decorate their then 5-week-old Ocean’s nursery. Alexa left the job up to Carlos, who worked with nursery designer, Vanessa Antonelli.

“I am not great when it comes to design, so I leaned on Vanessa and Carlos a lot! But I was using Pinterest for inspiration,” Alexa told People exclusively.

“Alexa is not good at making decisions, so I was the one giving the green light,” adds the former Big Time Rush member, joking that his main desire for the room was that it included “manly colors.”

Alexa and Carlos decided on a more rustic feel for the nursery and they couldn’t be happier to be parents.

“It’s so hard to be away from him,” Carlos adds. “We LOVE having so much time with Ocean. I really believe these first few months are super important in developing that bond! I seriously can’t wait until he calls me Daddy!”