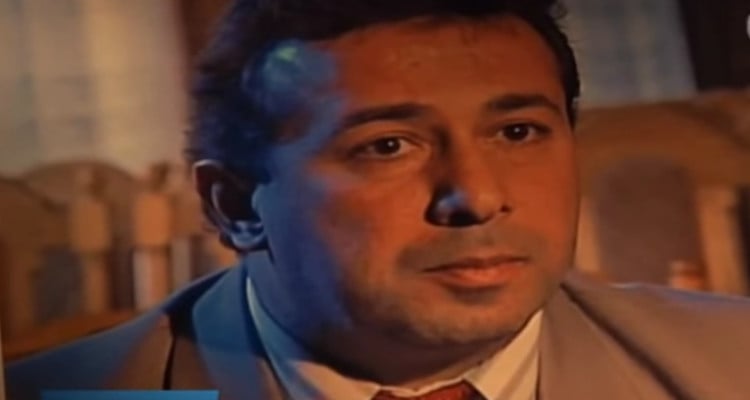 After 10 years of investigation, the NCIS convicted Eddie Makdessi for the double murder of his wife Elise, and her lover Quincy Brown. Makdessi collected almost $700,000 of insurance money for his wife’s death and fled to Russia to start a new life. However, he has finally been brought back to face the punishment for his crimes. A CBS special, 48 Hours: NCIS takes viewers through this fascinating case.

Eddie Makdessi was accused of killing his wife, Elise Makdessi and her lover, Quincy Brown in their Virginia Beach apartment in 1996. A CBS special titled 48 Hours: NCIS premiered, with an episode titled “The Double Cross” on Tuesday (April 25), covering this gruesome case. Since then, interest has risen in this crime that took nearly a decade to solve. People are curious to know more about Makdessi, so we have some details from Eddie Makdessi’s wiki.

On May 15, 1996, Eddie Makdessi called the police to report the murder of his wife and the death of her alleged murderer, Quincy Brown. When the police arrived, they found Elise tied to their bed with her throat slashed and multiple stab wounds to her chest. They also found a man, Quincy Brown, shot dead in the apartment. Elise’s husband told the police that he and his wife were entering their apartment when he was struck from behind. He lost consciousness, and when he came to, he saw Brown raping his wife. Makdessi claims that Brown then stabbed his wife before attacking him. Makdessi claimed he shot Brown dead in self-defense.

The police searched the apartment and found a videotape of Elise in which she tearfully recounts that she was sexually assaulted and raped multiple times while serving in the Navy. She claimed that these assaults happened when she was on duty at the Naval Air Station, Oceana. Elise kept a list of the people who assaulted her, and Quincy Brown’s name was included. Though the police say that they felt something was wrong, they checked the scene of the crime and seemed to believe Eddie Makdessi’s version of events. One month before this double homicide, Makdessi took out a $500,000 life insurance policy on his wife. Makdessi also collected Elise’s $200,000 Navy life insurance policy, and then left the United States. He went to Russia, remarried, and settled down into a new life.

Makdessi thought the case was closed, but the police continued to investigate it. They finally reached the conclusion that Makdessi and his wife conspired to extract money from the Navy and murdered Brown as part of their plan. According to police, Makdessi and Elise lured Brown to their apartment to have sex with Elise. Brown tied Elise up and without Brown realizing, Makdessi shot him dead. Then Makdessi double-crossed his own wife and stabbed her to death. Elise made this videotape of false accusations as part of their plan to defraud the Navy.

Also Read: Prince Wiki: Everything You Need to Know about the Legendary Singer

Eddie Makdessi was arrested when he landed in the States, and in 2006 was convicted of the double murder of Elise Makdessi and Quincy Brown. Now, viewers can see what Naval Criminal Investigative Service (NCIS) agents went through in this bizarre case and learn  the details of how the case was investigated. This six-part documentary from the award-winning team at 48 Hours gives viewers unprecedented access to real-life cases handled by the real NCIS. Makdessi has appealed that his prosecution was racially motivated because he is from the Middle East. He is asking for $50.0 million each from about a dozen people connected to his case.

The police maintain that Eddie Makdessi is guilty of the double murder. He submitted a written appeal to the contrary. The 48 Hours special has brought this old case back into the limelight. Hard hitting and detailed, the special is a riveting watch.