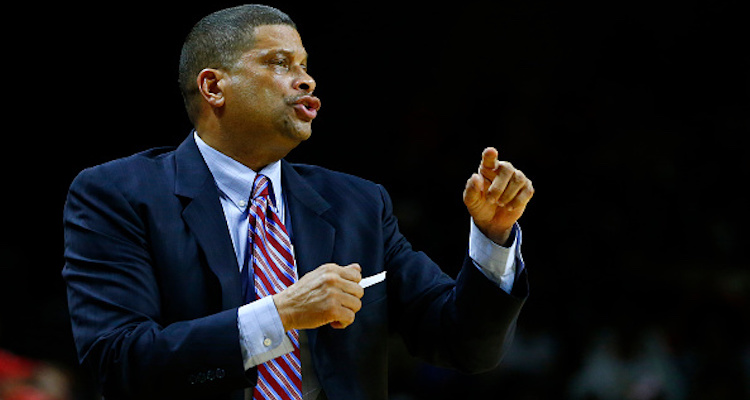 Looks like there’s more drama on The Real Housewives of Potomac and it has to do with infidelity claims! That’s right—Charisse Jackson-Jordan made a claim against co-star Karen Huger during The Real Housewives of Potomac reunion episode, and it was as ugly as expected. Now, questions like “Who is Eddie Jordan dating?” are being asked and fans want answers. If you want to know the truth about Eddie Jordan’s girlfriend, then we have what you need.

Who is Eddie Jordan’s Girlfriend?

There hasn’t been a new girlfriend on Eddie Jordan’s dating timeline for years now, since he married his wife, Charrisse. At this point, it’s just rumors, but it’s not the first time that the housewives have started a fight over allegations of stepping out on their marriages. Eddie is a former head coach of the Washington Wizards and has lengthy ties to the NBA. Does that mean a possibility of exchanging looks at a dancer or fan? Sure. But so far, according to Charrisse, her marriage is just fine and she was surprised that people were trying to flip the script when she made her infidelity claim.

Eddie Said the Show Would Divorce Them

When Charrisse brought up the idea of being on reality TV, her husband made it clear that he wasn’t a fan of the show and figured it would lead to divorce.

“When I told [Eddie], I said, ‘They want me to do this reality show’ — at the time we didn’t know it was Housewives, we were thinking maybe it could be Housewives — and so he said, ‘Well, if you do it, we’ll probably get a divorce.'”

Charrisse added, “It was not the answer I was expecting. So when he said it, I was devastated. Like I literally gave up my career twice because of his career. We moved to California, then New Jersey, Maryland, Philly, then back to Maryland, and now I say a few words, and you’re going to say to me divorce if I do this? So it kind of put me in a different space of, ‘Now I really want to do this.'”

Charrisse admitted to Bravo TV that the idea of a divorce felt “like another death,” but since she had given up enough for Eddie in the past, she needed to make the move to TV for herself.

Oh no she didn’t! But she did, and Charrisse wasn’t having any of it. According to Charrisse, who was interviewed by Bravo TV, Gizelle made claims that Charrisse was dating other people.

“It’s sad that Gizelle feels a need to stoop so low and continue to lie about me sharing anything with her about my marriage,” said Charrisse. “We are just not that close. Part of me is angry as hell with her, but another part of me really feels sorry for her. Why would a strong secure woman go through such measures to create a story to hurt a person they call a friend? Clearly a weak insecure woman.”

These women will never get along, but you can catch it all unfold by watching The Real Housewives of Potomac, which airs on Sundays at 9:00 p.m. EST on Bravo.