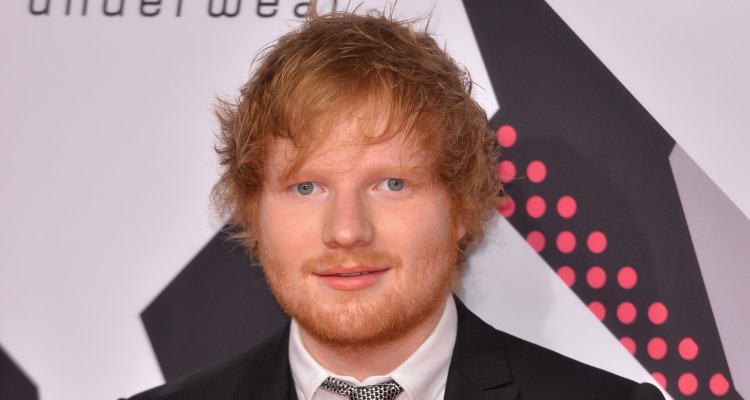 If you’ve been on social media in the past couple of weeks, then there’s no way you haven’t seen the Ed Sheeran look alike that arguably looks more like Ed Sheeran than Ed Sheeran does! This adorable 2-year-old girl has gone viral in a matter of days, due to her uncanny resemblance to the singer. But who is the toddler behind the hilariously cute photos that have been floating around the internet? Her name is Isla Walton, and she’s from Exeter, Devon, England. To find out more about this tiny doppelganger, take a look at our Isla wiki, right here!

Isla, the two-year-old baby now known for looking like the “Shape of You” singer was first posted about online by her aunt. After her picture circulated around social media, Isla’s family began to receive a flurry of comments about how much she resembled the UK singer! Isla and Ed Sheeran share a similar red mop of hair, but that’s not where their resemblances end—they also have strikingly similar facial features, too! Isla’s photo has been shared thousands of times online, this tweet gaining more than 83,000 re-tweets alone!

Why does this baby look more like Ed Sheeran than Ed Sheeran does? pic.twitter.com/3I50d7yQlh

In an interview with the Daily Mail, Isla’s mother, Zoe Walton said, “Everyone has been saying that Isla looks like him for a long time and I never thought anything of it. It was when my sister Stacey put it online we got loads of comments from people.”

Isla’s parents have taken her new-found recognition in stride. When asked about all the attention her daughter has been receiving, the mother of two responded, “I look at Isla sometimes and just think ‘wow’ and people have pointed out to her who she looks like. Now she likes to watch him on TV.”

Have you seen the baby girl who looks just like Ed Sheeran? ??? #EdSheeran #EdSheeranBaby

Sharing her disbelief with E! News, Walton also mentioned that Ed Sheeran would “hopefully one day” meet his tiny doppelganger, and that it would be adorable to see them together.

Isla’s aunt Stacey also reacted to her niece going viral, in an interview with The Sun: “Everyone comments saying how she’s a mini Ed, and I call her baby Sheeran. She loves his music, tries to sing along to the words and has a dance.”

Ed Sheeran finally got a chance to see a picture of his petite look alike when making an appearance on ITV’s Good Morning Britain. Host Richard Arnold presented him with a picture of Isla, to which he jokingly responded, “She’s not mine!” The singer went on to comment how “mad” some of the things that go viral are.

Sheeran recently released his third studio album, Divide, in March 2017, and will begin his North American tour at the end of June. Kicking off his tour in Kansas City, he’ll be wrapping it up in Nashville at the beginning of October. Although he’s preparing himself for the hectic few months he has ahead of himself, the 26-year-old has been doing anything but relaxing. He’s been travelling around the globe doing press and endless photoshoots, all to promote his new album. However, he doesn’t seem to mind his busy schedule since he knows 2017 is his year.

Ed Sheeran admitted to BBC News that he was nervous about releasing his album while the likes of Beyonce, Bruno Mars and The Weeknd were releasing their own, but knows that he waited for the right time since they took their shots last year. “I think this year is going to be the high point. I have a feeling about it,” said Sheeran.

Fans were ecstatic to have the UK singer back online this year, after he deleted all social media accounts in 2016. After releasing two singles that became instant hits from his latest album, we can’t wait to see what else Ed Sheeran has in store for 2017.

And with all the recent rumors swirling around about an engagement to his long-time girlfriend, Cherry Seaborn, maybe Ed will have a little doppelganger of his own someday!