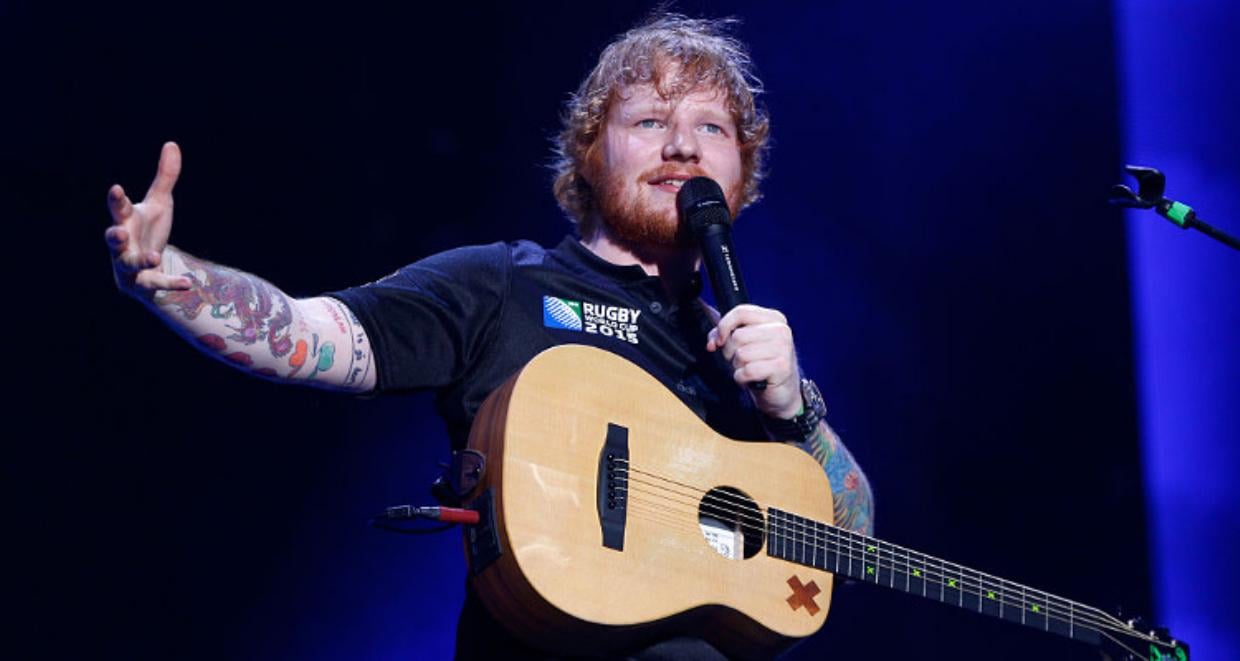 When it comes to people eagerly awaiting Ed Sheeran’s new songs in 2016, the artist may be giving his fans some mixed signals—or rather, it may be his record label that’s doing that. The English singer-songwriter has had a relatively quiet year thus far, and releasing a new album isn’t really at the top of his to-do list right now. But if his label has it their way, the upcoming album may be dropping sooner than not only fans think, but also Ed Sheeran himself.

Sheeran’s last album, x (pronounced “multiply,” not the letter), released on June 23, 2014 and went on to do exceptionally well. If being Sheeran’s first Billboard number one hit in the U.S. wasn’t enough, it also made some number one lists in Canada and Australia and was the best-selling album of the year in his homeland of the U.K. And, of course, with every successful album comes an accompanying tour—the x Tour took place from August 6, 2014 to December 12, 2015.

The safe assumption was that Ed Sheeran would rest for a bit following the tour’s conclusion, and then head back to the studio to work on a third album while demand for it was red-hot. However, the “Thinking Out Loud” singer apparently has different plans for himself than what his fans were hoping for. And it turns out he actually made this decision quite some time ago—in early October, to be exact!

Back then, following the release of “Lay It All On Me,” Sheeran revealed that he had some pretty extreme plans when it came to taking a vacation. The song was first accompanied with a social media post that made things very clear: “This is my final thing I’m releasing for a while. Bad news if you like me, great news if you don’t. We cater for everyone at SheeranCorp.”

He would later clarify even further in an interview, revealing exactly what he was going to be doing. “My plan is to get rid of my iPhone, get rid of internet, get a Nokia 3310 and just go off into the wilderness somewhere for a bit,” he explained. “Even if it’s just a month without contact with other people.” Apparently he felt, at least at the time, that his life involved too much time in front of screens, specifically addressing texts and e-mails and he didn’t want that to become his entire life. While his desire for privacy is certainly understandable, no online contact at all seems a little extreme, especially given the wait for Ed Sheeran’s new songs in 2016.

And his record label, Asylum Records, apparently felt the same way. In November, shortly after Sheeran mentioned his plans for a sabbatical, they made a very bold claim: that they were aiming for a September 2016 release date for the star’s next album (which, given the naming conventions of his first two, will likely be called – or ÷). What’s more, they said this despite likely knowing full well that the man would be taking some serious time off and that asking him to churn out an entire album that quickly is a tall order.

Sheeran agreed, but not for the reasons you may think. Rather than a time or quality issue, he said he disagrees with that date because it would mean a battle at the Grammys between his newest album and that of Adele and, likely due to being humble, he doesn’t like his chances in that matchup. Needless to say, both singers tend to fare pretty well on the list of Grammy nominations. However, those fans waiting for Ed Sheeran’s new songs in 2016 needn’t fret too much; he promised that the next upcoming album will not only be, “a lot more honest than the last record,” but that it’s “going to be better than anything [he’s] done.”