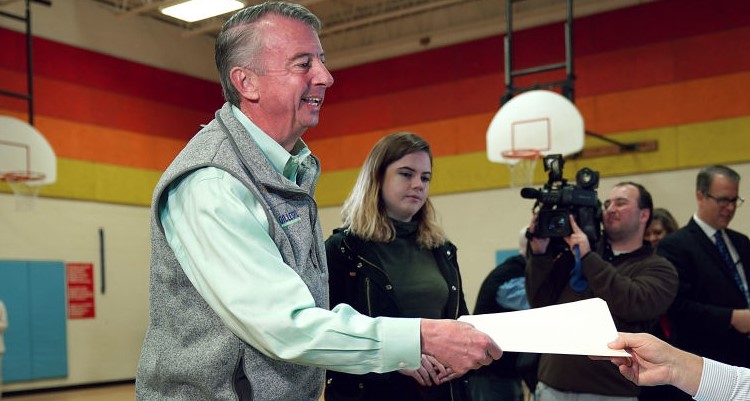 Ed Gillespie and Ralph Northam have been competing in the Virginia Governor race for months and now, all their campaigning is finally over. The election is on Tuesday and everyone wants to know more about the Republican candidate. For more details, have a look at our Ed Gillespie wiki.

Who is Ed Gillespie?

Ed Gillespie’s age is 56 and he was born on August 1, 1961, in Mount Holly, New Jersey. The son of an Irish immigrant, he grew up working at his parents’ grocery store, The JC Market. He graduated from Catholic University of America in Washington, D.C. and became a lobbyist and politician.

Ed Gillespie’s wife is Cathy and they have been married since 1987. They have three children: Carrie, Mollie, and John and they live near George Washington’s Mt. Vernon in Fairfax County, Virginia.

Gillespie has a number of social media accounts, which are most likely used to reach voters, but the best way to see what he’s doing on the campaign trail is his through his Instagram. From kissing babies to group photos, Gillespie can be seen taking time to reach out to his fellow Virginians and encouraging them to vote.

“Lots of voters out this morning in Fairfax at Waples Mill Elementary School! Find your precinct at https://vote.gop/ and then go cast your ballot!,” he captioned his latest post.

Lots of voters out this morning in Fairfax at Waples Mill Elementary School! Find your precinct at https://vote.gop/ and then go cast your ballot!

To keep things transparent and fair, government officials are normally not allowed to accept gifts, usually over the price of $20. In an interview with The Washington Post, Gillespie talked about his own gift policy and what he would do differently.

“In that regard we’ve passed some policies in response to that since, but I believe there’s much more we need to do and I’ve unveiled a 15-point plan. I call it my “FAITH in Government for All Virginians” plan, and FAITH stands for fairness, accountability, integrity, transparency, and honesty,” he said.

He continued: “And the first thing I will do if elected governor of the Commonwealth we love is sign an executive order that is a zero-gift ban. No gifts at all for me, for my immediate family, for my appointees. I will also make sure that our state legislators — and I’m proud that they have joined me in calling for this — that no personal use of campaign funds.”

He added: “And also put an end to the bait and switch practice that elected officials have been able to use here in the Commonwealth where they raise money to run for one office and then use it to run for another office. That’s unfair to people who don’t hold elected office, makes it very difficult for them to run for office. You know they start at it at an inherent disadvantage, and we need to open up that process and make it more fair.”

Ed Gillespie’s polls were slightly higher than his Democratic opponent, but that may change come election day. The campaign was civil at first but like most, it turned ugly and resorted to cheap attack ads on both sides. The Ed Gillespie and Donald Trump relationship has been distanced, since Trump isn’t a popular figure in Virginia. Despite trying to shake the Trump name, the president’s son, Donald Trump Jr. sent out a tweet telling people to vote for Gillespie, and even got the voting date wrong. So far, Gillespie and his reps haven’t commented on any Trump involvement.