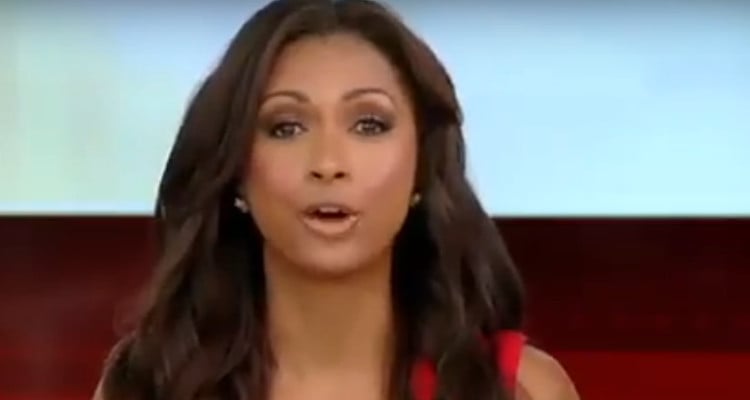 Eboni K. Williams inherited her independent streak from her mother, who single-handedly raised her while working from home. Williams is a host on Fox News with her own segment called “Eboni’s Docket” which she uses to express her views. She called out President Donald Trump, labeling his initial response to the Charlottesville riot as “ambiguous” and “irresponsible.”

President Donald Trump was denounced by several quarters for his failure to condemn the white nationalists who organized a “Unite the Right” rally in Charlottesville, Virginia. The white nationalists sparked the chain of events that led to the death of a young anti-nationalist, Heather Heyer who was protesting against the rally. People expected Trump to come out strongly against the white nationalists and condemn them for their actions. However, his statements have been perceived to be weak in condemning the actions that took place last weekend, and several people have called him out for it. One of them is Eboni K. Williams who denounced Trump’s failure to clearly condemn neo-Nazis and the Ku Klux Klan in his initial statement regarding the incidents at Charlottesville. Eboni K. Williams is a Fox News host who has her own segment called “Eboni’s Docket” on Fox News Specialists. Here are a few details from Eboni K. Williams’ wiki.

Born on September 9, 1988, in North Carolina, Eboni K. Williams’ age is 28. She was single-handeldy raised by her self-employed mother, which is one of the reasons why Williams is so fiercely independent. She received her B.A. in communications and African-American studies from the University of North Carolina at Chapel Hill before earning her law degree from Loyola University New Orleans School of Law. While still a student, Williams helped New Orleans council members manage the damages resulting from Hurricane Katrina.

Also Read: Christopher Cantwell Wiki: Who Is the White Nationalist Crying over a Possible Arrest?

Williams started out as a correspondent for ABC News and frequently contributed to Fox News. She was on shows like Hannity and The O’Reilly Factor and co-hosted Outnumbered and The Five. She is also a co-host for Fox News Specialists in which she called out the president. Since June 5, 2017, Williams has co-hosted a noon-to-3:00 p.m. talkshow on WABC Radio. Eboni K. Williams and Donald Trump have not been at odds before this issue, and Williams said that she initially withheld her judgment, but the events in Charlottesville forced her to speak up. Williams called Trump’s initial statements about the riots “ambiguous” and “irresponsible” and proceeded to give an example of what a powerful condemnation should have sounded like.

Happy New Year!!???? So excited to share the brand new version of www.ebonikwilliams.com. Please check out the re-launch of my website for on-demand videos featuring my political and legal analysis of the latest headlines! God blessed me with all of the desires of my heart in 2015 and I cannot wait to see what 2016 brings. Blessings to each and every one of you!! ???????? #newyearnewlook

People are scouring the Internet to find Eboni K. Williams’ hot pics. They should head over to Eboni K. Williams’ Instagram account as it is full of pictures of her in dresses, with her family and friends, colleagues, and in the studio. Unfortunately for those looking, there are no bikini pics of Williams. She might be young, but she has a very mature and enlightened head on her shoulders. Speaking up against the president takes a lot of conviction and courage, and she has both in ample measure. Though the fallout from Williams’ words against President Trump is unknown, she is one of the many who are speaking out against his words.