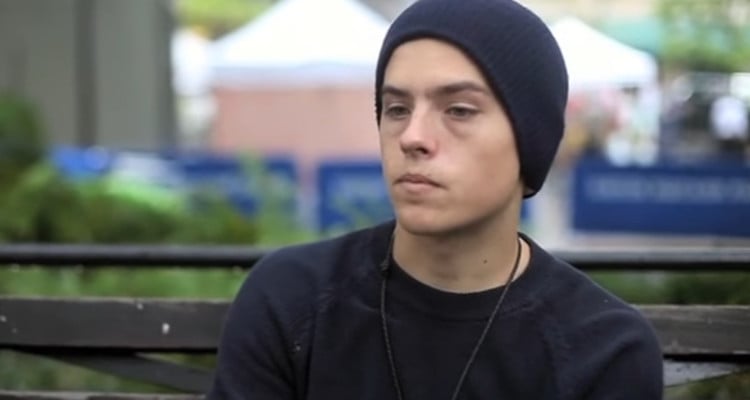 Dylan Sprouse is one good-looking 25-year-old. He has been linked with several pretty girls in the past and is now with Dayna Frazer but the couple struggles to maintain their privacy and stay out of the public eye. After having a happy and successful career as a child actor, Dylan Sprouse is getting serious about his career and life.

Dylan Sprouse is one-half of the famous Sprouse brothers. Dylan and Cole Sprouse are twin actors, who were first noticed in the film Big Daddy in 1999. They later appeared in several TV shows and starred in several straight-to-DVD films like I Saw Mommy Kissing Santa Claus and Just for Kicks. Their biggest claim to fame (in preteen and teen audiences) was in the Disney Channel sitcom, The Suite Life of Zack & Cody. Dylan Sprouse played Zack Martin in the show, and Cole played Cody. Since then, the brothers have become a magnet for girls all over the country. But who is Dylan Sprouse dating? Keep reading for some details about Dylan Sprouse’s girlfriend in 2017.

It is rumored that when Sprouse was 17 years old, he began dating another child star named Kara Crane. She was even a guest star on Suite Life, and their vibrant on-screen chemistry was quickly noticed. It looks like that chemistry spilled off-screen as well and the couple was together for a few months before things came to an end. Another actress who appeared on the Suite Life who caught Dylan’s attention was Brenda Song. Though they were friends on the show, they looked to be pretty close once the cameras stopped rolling. They were spotted arm-in-arm in Vancouver, Canada, making everyone think that they were a couple.

Then, in 2014, Dayna Frazer came into Dylan’s life, and things changed for him. Dylan Sprouse and Dayna Frazer have been together for three years now, and they make one of the cutest young couples in Hollywood! Frazer is a lifestyle blogger and a top model for Freedom Models. She graduated from a college in Connecticut and majored in science and history following which she moved to New York City. Her first job in the Big Apple was that of an assistant attorney recruiter at a law firm. Though both Dylan and Dayna prefer to keep their relationship private, Dayna occasionally posts photos of her boyfriend or the two together on her social media accounts.

There rumors that Dylan also dated actress Kathleen Herles who was born on November 13, 1990, in Queens, New York. She is famous for voicing Dora on Dora the Explorer and Go, Diego, Go!. However, these rumors were never confirmed by either party, so it could have just been speculation. At the moment, it looks like Dylan Sprouse’s girlfriend is Dayna Frazer, and according to reports, they are still going strong. Though the couple is still very young, they are serious about each other.