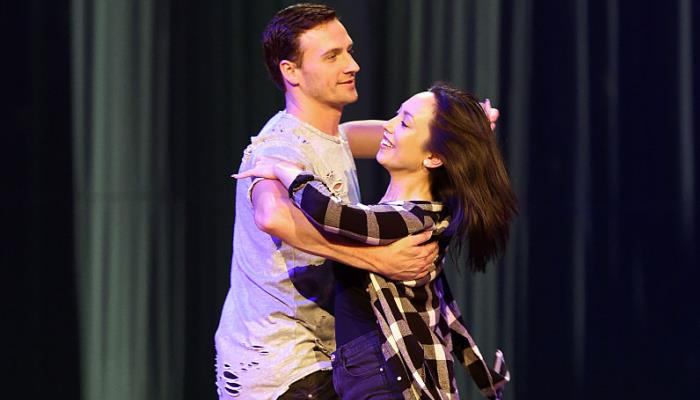 Fans will be glad to know that the one and only Len Goodman is back, just in time to send off the weakest team. For those who don’t know, Goodman had to skip several episodes of Dancing With the Stars due to his duties as head judge on Britain’s Strictly Come Dancing. This is why there have been guest judges for the past few weeks in Goodman’s place.  Now the gang is back to critique the dancers, but they are going to need to do more than impress the judges and voters, if they hope to avoid elimination tonight.

On tonight’s episode of Dancing With the Stars, the contestants will be divided into two teams—Team Past and Team Future—and will performing different dance routines to the tunes from different decades.

Who Will Be Eliminated on Eras Night?

Is it really the end of an era? Fans will soon find out who may perform their very last jive tonight as the elimination results get revealed. Even the most amazing dance routine couldn’t save the team with the lowest score and after Amber and Maks went home (which was no surprise to anyone), but some fans are wondering why Olympic gold medallist Ryan Lochte and Dancing With the Stars champion Cheryl Burke are still in the game. Not to say that Cheryl is a bad dancer—it has more to do with Ryan’s abilities as a performer. Ryan is basically a fish out of water (pun intended!), and despite low rankings, it’s clear that fans are clogging up the phone lines with their loyal pleas, voting for Ryan to stay on the show week after week.

Ryan wasn’t very welcome his first night on the dance floor when he was attacked by men who were against him being on the show due to his Rio Olympics scandal, where the Olympian was caught lying about being a victim of a robbery. The scandal cost Ryan several endorsements but he has since moved on.

Either way, Ryan will need to perform on land, the way he performs in the water or he will be swimming in his own tears of defeat.