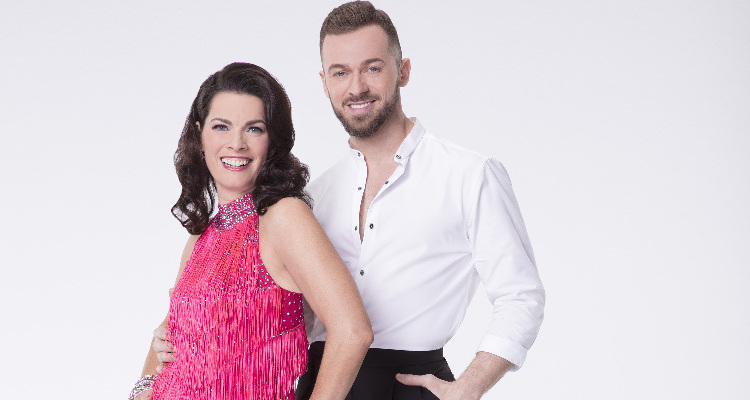 Get ready for the dance floor to heat up hotter than summer! The ballroom of Dancing with the Stars season 24 officially opens for 12 celebrities and their pro-partners to take the stage. Last season, Laurie Hernandez took home the prized Mirrorball Trophy. Who will follow in her footsteps? You need to watch DWTS to know. What time does Dancing with the Stars come on? We’ve got you covered. Just keep reading and you’ll know everything there is about the sequined season premiere.

When and What Channel Does DWTS Come On?

Dancing with the Stars season 24 premieres tonight (March 20) at 8:00 p.m. EST. The sambas, salsas, sequins, and spray tans return in tonight’s two-hour premiere on ABC. For those of you who might miss the premiere, or prefer to watch online, you can live stream the show on ABC’s web site.

400 Nights of Glitz and Glamour

DWTS undoubtedly provides the most glamorous night for dance. There are 12 couples made up of celebs and pro-dancers who have practiced their moves, perfected their looks, and are ready to win the coveted Mirrorball Trophy. The season premiere will also be the 400th episode of ABC’s reality juggernaut. So the traditional opening number by the pro-dancers just won’t cut it.

Tonight’s season premiere will begin with an opening number by the four judges; Len Goodman, Julianne Hough, Carrie Ann Inaba, and Bruno Tonioli along with the 12 celebs. That’s sure to get the crowd wild and give us a taste of how good this season’s contestants are. All the celebs will advance to week 2 in the show hosted by Tom Bergeron and Erin Andrews.

After an Olympian won the last season, DWTS enthusiasts have high expectations from this season’s athletes. Last season’s winner, Laurie Hernandez’s teammate Simone Biles and her partner Sasha Farber are already expected to get the highest scores. But we also can’t rule out NFL-pro, Rashad Jennings and Emma Slater. The third favorite to win is Nancy Kerrigan, a former figure skater who’s partnered with Artem Chigvintsev. Former MLB pro, David Ross is partnered with Lindsay Arnold and wrestler-turned-actor Mr T is performing with Kym Herjavec. Professional bull-rider, Bonner Bolton is teaming up with Sharna Burgess.

Some celebs are already polarizing the votes. Glee star, Heather Morris was a former professional dancer who performed with Beyoncé. Because of this, a few of the celebs and pros —along with a few fans— feel she has an unfair advantage. But her partner, Maks Chmerkovskiy will take any advantage he gets to win the competition and even the score with his brother and fiancé.

Another celeb to look for this season is Normani Kordei. Riding on her popularity as a Fifth Harmony member, we know she already has the moves. But we’re eager to see her go from the pop stage to the dance floor. She is partnered with Val Chmerkovskiy, who knows a thing or two about winning DWTS (literally—he won twice).

And then we have the ballroom newcomers who might just turn the tide. Comedian and actress, Charo is already looking good in her practice run with Keoikantse Motsepe. Real Housewife and chart-topping club music artist Erika Jayne will be dancing to her own song, “XXPEN$IVE” with Gleb Savchenko. Newly (and finally) engaged Bachelor, Nick Viall is on his fifth reality TV run on DWTS. Hopefully, new mom Peta Murgatroyd will teach him some moves beyond the “baby dinosaur.” SNL’s Chris Kattan rules the comedy stage, but we’re looking forward to seeing him on the DWTS stage with Witney Carson.

Excited for the Dancing with the Stars premiere tonight? Here’s a full list of songs and dances the couples will perform tonight.

Don’t miss the dazzling 400th episode of Dancing with the Stars when season 24 premieres tonight at 8:00 p.m. EST only on ABC.