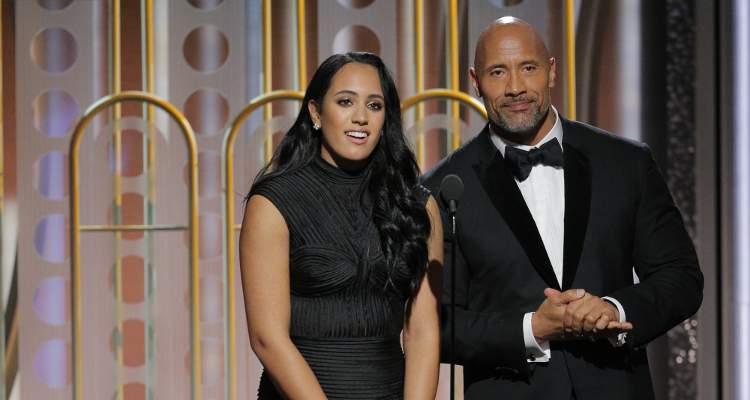 Simone Garcia Johnson’s parents are former professional wrestler turned actor Dwayne “The Rock” Johnson and Dany Garcia. Her mother is instrumental in managing the careers of quite a few celebs, including her ex-husband’s, along with producing a lot of his films.

She has a half-sister named Jasmine, who was born to Johnson and his longtime girlfriend, Lauren Hashian. The couple are expecting their second child together later this year.

If fans get what they want and Dwayne Johnson runs in the 2020 election, Simone Garcia Johnson could be a future first daughter!

Also Read: What is the Time’s Up Movement? Why Are Celebrities Wearing Time’s Up Pins?

Simone Garcia Johnson, aged just 16, was told about being the first Golden Globes Ambassador on her last birthday. She feels that the title change is in sync with what is happening around the world, and she is vocal about her support for these causes.

finding words to describe exactly how i feel right now is a bit hard. thank you thank you thank you. thank you to the HFPA, my parents, and everyone else who has helped this all come together. I feel so blessed to be a part of this incredible journey and be known as the first Golden Globe Ambassador. #Globes75 @goldenglobes

One look at the youngster’s Instagram account and you will know what we’re talking about! She plans to use this opportunity as a platform to speak up and be heard.

During the Golden Globes, Simone Garcia Johnson joined stars like Meryl Streep in wearing black because “the movement is special. One of my favorite things about it is, not only is it shedding light on sexual assault in Hollywood, but it is shedding light on sexual assault across all different work fields and pushing for equality by saying that this treatment of women is over.”

With over 269K followers on Simone Garcia Johnson’s Instagram account, she actively and intelligently uses the platform to promote the causes she supports, including gender equality, women’s rights, and refugees.

Despite receiving hate over some of her posts, Simone Garcia Johnson has said, “I’ve definitely gotten some backlash over certain things, but you can’t please everyone. I’ll read the comments sometimes, but I tend to focus more on the positive ones.”