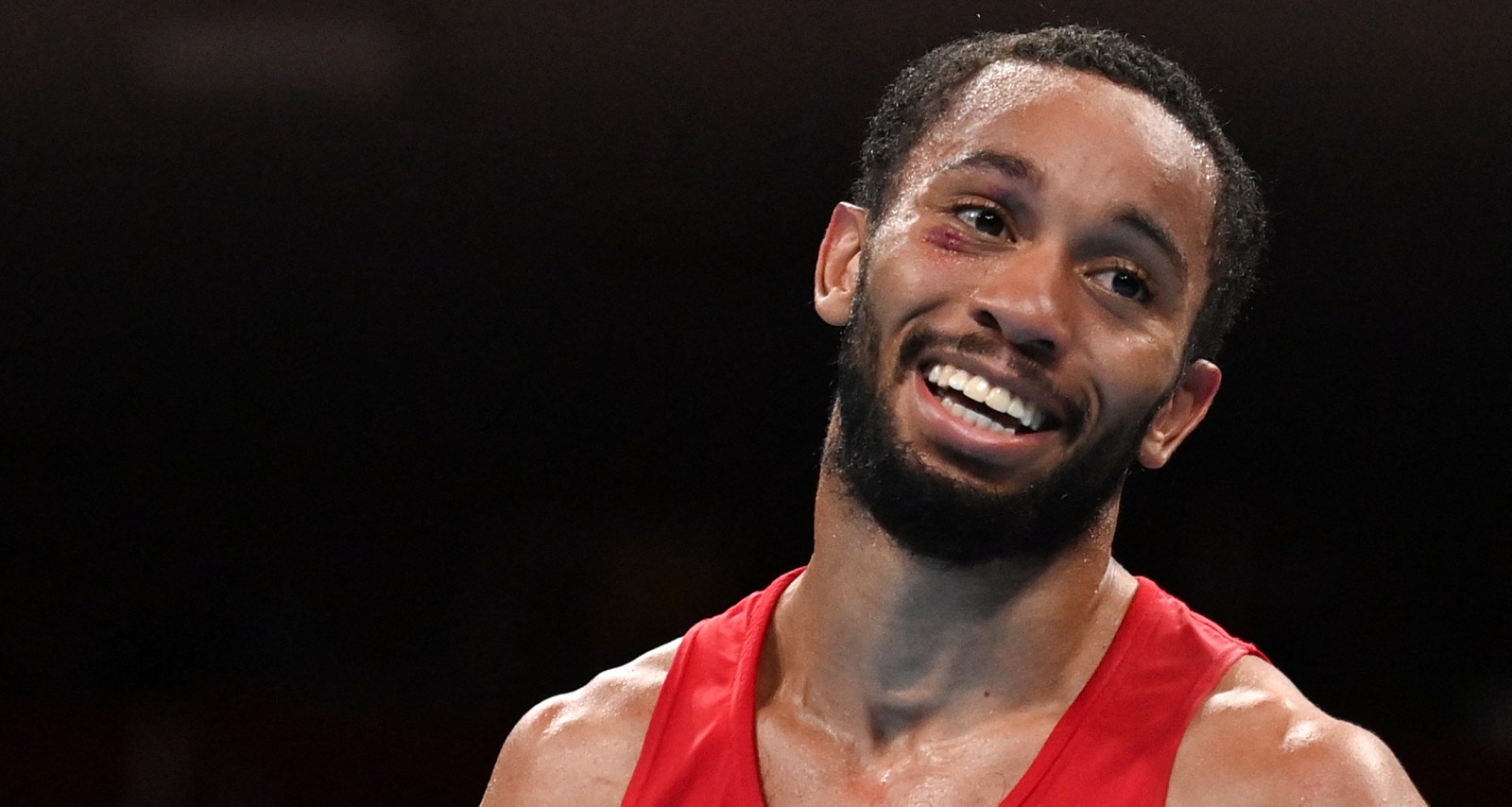 Duke Ragan at semi-final boxing match during the Tokyo 2020 Olympic Games at the Kokugikan Arena in Tokyo on August 3, 2021. (Photo by Luis ROBAYO / POOL / AFP)

Duke Ragan won silver at the Tokyo Olympics, becoming only the second silver medalist from Team USA in the men’s featherweight boxing division since 2000. His rapid rise to his biggest accomplishment to date, at only 23 years old, has also shifted focus towards Duke Ragan’s family. The Olympian got into the sport because of his family, and his father accompanies him as his lifelong coach. While Ragan dominated the ring, he also had to sacrifice time with his child, who is his biggest motivation to get better. As they are the reason he is in the Olympics today, we turn the spotlight on Ragan’s family.

Duke Ragan was born on September 18, 1997, and is a native of Ohio. He is the son of Derek “Duke” Ragan and Mary Walker.

His foray into boxing is a well-known story. Especially with the presence of his father, Duke Sr., in the Tokyo Olympics as the younger Ragan’s coach.

Duke was introduced to boxing by his father and brother. He first put on the gloves to train with the sandbag in the basement of the family home in Cincinnati.

“I basically was introduced by them. I used to watch the two of them train, but my dad would say I was too little to hit the bag, which made me want to do it even more,” reads Duke’s Team USA bio. “I even have pictures of me as a baby with boxing gloves on.”

Duke had his uncle and then his father as his coach. By the time he was eight, improvements showed, and he won his first bout.

Making it to the Olympics is a huge accomplishment for Duke’s family after some hardships they went through not long ago. Derek and accomplices were arrested in 2010 for allegedly running an illegal gambling operation from his convenience store, Duke’s Place.

Derek was convicted on the charges, and was looking at a 30-plus-year prison sentence. But he reportedly escaped prison time by forfeiting the near $1.0 million seized from his alleged illegal operations.

In June 2021, Derek and two others pleaded guilty to charges of conspiring to distribute fentanyl from the same establishment. He faced between 10 years and life in prison at sentencing.

Duke was raised alongside his brother and two sisters. One of his sisters goes by “Niqua Ufancy Boo” on Facebook.

A profile on Duke isn’t complete without the mention of Louis Walker, his older brother. Duke took up boxing when he saw Louis train with his father. When Duke showed a promising career, Derek solely focused on him.

Duke was in a relationship with a woman named Jamika Campbell. She runs a beauty business in Cincinnati.
Campbell gave birth to their daughter, Kynnedi, on February 14, 2017. Duke, however, couldn’t be present at her birth.

He was on his first international trip, training with Team USA in Kazakhstan. Thanks to his family, he watched his daughter’s birth through FaceTime.


He returned home to spend a week with his newborn baby before returning to camp and immediately winning the first U.S. silver medal at the AIBA World Boxing Championships since 2009. For the first year of her life, he’d travel back and forth between home and international training camps.

Father Derek and mother Mary help Duke Ragan balance boxing and fatherhood. Derek encourages him to keep getting better so he can provide for Kynnedi.