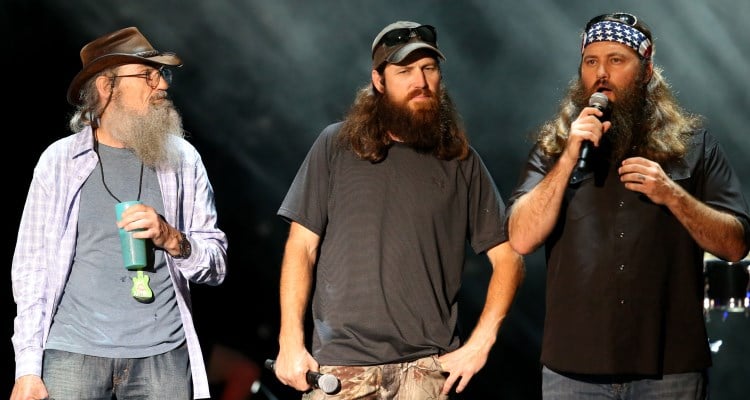 For those living under the heaviest of rocks, Duck Dynasty is a reality show about the Robertson family who owns the incredibly successful business “Duck Commander,” which makes goods for duck hunters, including their world-famous duck call. Given the Duck Dynasty cast’s net worth, you know it works! The company is headed by CEO Willie Robertson, and the family as a whole is known largely for two other important things: their long beards and their highly religious beliefs. The latter has caused trouble with the media more than once, like the time Phil Robertson, Willie’s father, made comments during an interview with GQ Magazine that were considered incredibly homophobic.

Based on some of the information that has already been released, season 10 promises to be just as interesting as the prior nine have been. According to Jessica Robertson, this season will see at least two couples working towards marriage, though whether the nuptials will happen this season (if at all) is still up in the air. And if romance isn’t your thing, Jessica’s husband, Jep, promised that Duck Dynasty season 10 will feature the Robertson family doing more of their fans’ favorite thing to see: blowing stuff up.

The Duck Dynasty cast is rather large for a reality show with 16 members as of the end of season 9. The majority of the Duck Dynasty season 10 cast has been around since season 1, including the main members of the Robertson family (those most closely related to Willie Robertson) and their spouses. More recent additions to the cast are Alan Robertson (Willie’s brother) and his wife, Lisa, who became main cast members starting in season 7 after first appearing in season 4. Alan, who is a preacher, returned to Duck Commander to use the series’ fame to spread the word of God to viewers and customers alike. Also returning (but not yet a full Duck Dynasty cast member) is Mary Kate Robertson (nee McEacharn), who married John Luke Robertson, Willie’s oldest son, during season 8.

Season 10 of Duck Dynasty will begin airing on A&E on tonight (July 6) at 9:00 p.m. EST. For those who would prefer a Duck Dynasty stream, the network also airs its programming online, though access requires a subscription with an accepted cable or satellite provider. More information about this service can be found at this link.