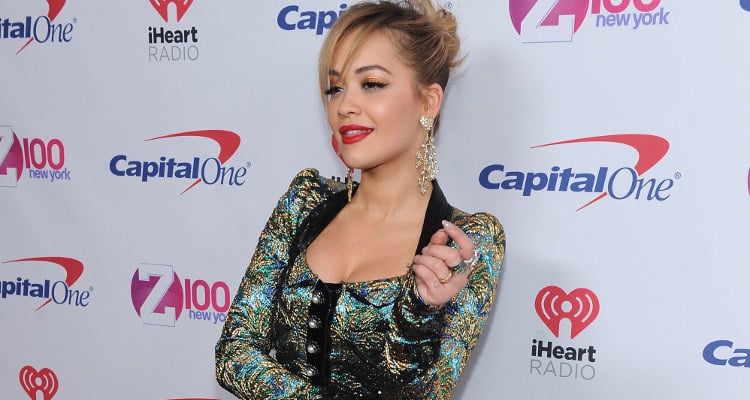 Rita Ora is famous for her stunning red carpet looks showcased on her Instagram page. This time, the 26-year-old singer changed it up with a cool, casual look.

Rita Ora wore a casual Louis Vuitton shirt and sunglasses, looking almost unrecognizable in her latest Instagram photo. Her hair is blonde, loose and wavy and the star is giving us her best pouty look. 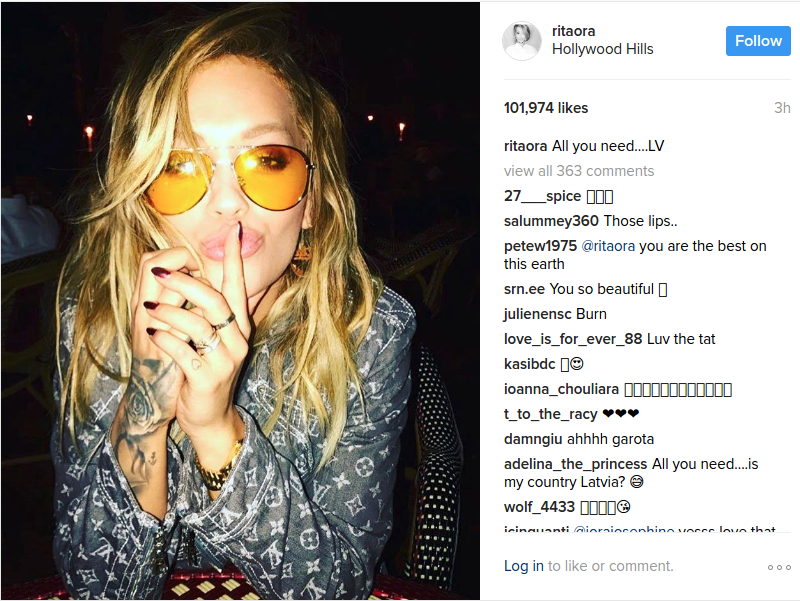 Though she has only been in the music scene for a short time, Rita Ora’s songs have gained her considerable success. Her first single, “RIP” off her 2012 debut album, Ora, was co-written by Drake and featured rapper, TinahTempah. It debuted at number one on the U.K. charts and was followed by other hit songs, including “How We Do (Party)” and “Shine Ya Light.” 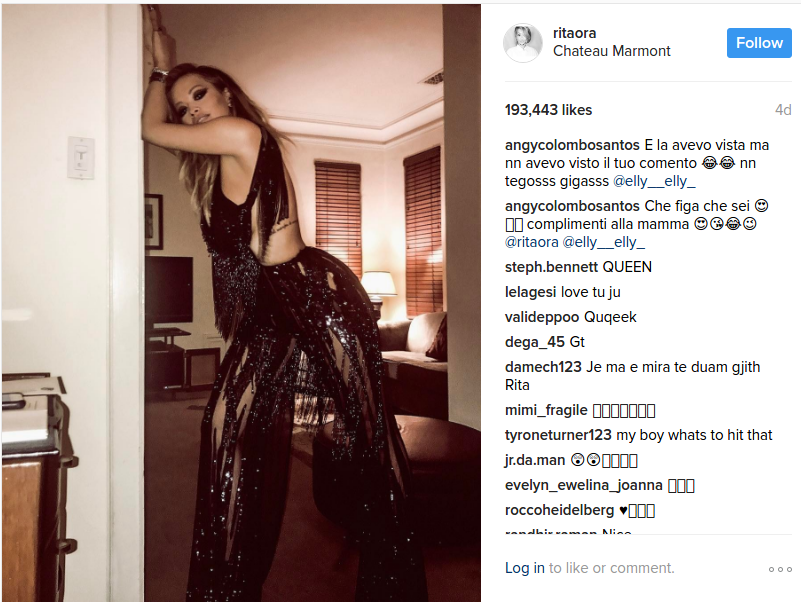 It’s been a busy year for Ora and the 26-year-old singer isn’t slowing down anytime soon! When she’s not on screen as Christian Grey’s sister, she can be seen hosting America’s Next Top Model.