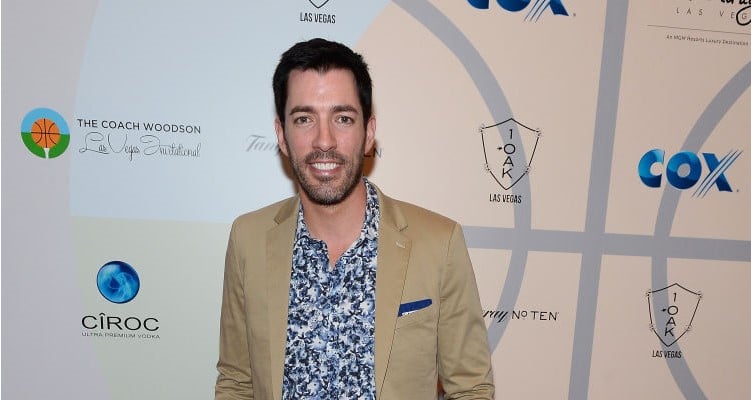 Drew Scott recently revealed that he’s lost 25 pounds while preparing for DWTS! Well, not only does he look great, but he’s also a strong contender for the Mirrorball trophy. We’ve got you some interesting details about him, right here in our Drew Scott wiki.

Drew Scott on Dancing with the Stars is being talked about for his brilliant performances and his strong chance of winning the Mirrorball trophy. Drew Scott and Emma Slater have exceeded everyone’s expectations so far and fans can’t wait to watch more of them. Drew seems to be in sync with Emma’s brilliant choreography skills and while we know enough about her as a pro partner, we’ve got you some interesting facts about Drew Scott.

Born on April 28, 1978, Drew Scott’s age is 39. Best known as the co-host on the TV series, Property Brothers, he is an actor, entrepreneur, and realtor. Produced by Cinefix Media, Property Brothers is a home renovation program which features Drew as the realtor and hiw twin brother, Jonathan as the contractor. The enormous success of this show led to several spinoffs, including Brother vs. Brother, Buying and Selling, and Property Brothers: At Home. Along with his two brothers, Scott is also a co-founder of Scott Brothers Entertainment, which creates and produces films, TV shows, and digital content. Together, the brothers have also launched the home furnishings brand, Scott Living and its subsidiary, Dream Homes.

Drew Scott is not married yet. However, he is engaged to Linda Phan. Scott met his fiancée at the Toronto Fashion Week in 2010 and became engaged in 2016 on December 13. They are currently in the middle of planning their European destination wedding, which is set for the Spring in 2018. Their wedding will incorporate elements of both the Chinese and Scottish culture. Earlier this month, the couple moved in together and are currently residing in Los Angeles.

Drew Scott’s net worth is estimated at $10.0 million. Since a young age, he has been acting in theatre and sketch comedy. He made television appearances in Breaker High, Smallville, and Madison. In the later years, Drew developed a keen interest in directing and producing. In order to fund projects, he started investing in real estate along with his twin brother. Their venture was a success and in 2004, they founded a company by the name of Scott Real Estate. The company oversees the sales and construction of residential and commercial projects. It has offices in Calgary, Vancouver, and Las Vegas. They incorporated their real estate business with the Dividian Production Group. Through DPG, Scott has produced a number of television galas, films, and events like the Producer’s Ball during the Toronto International Film Festival and the Leo Film & TV Awards in Hollywood North. In addition, Drew (along with his twin, Jonathan) also co-hosts the reality series, Property Brothers on HGTV. The series is now on its third season and is intended to help families move into their dream homes without exceeding their budget.

Drew Scott is pretty active on social media, especially on Instagram. Check out some of his posts below!

What a magical night ✨You can make it even more magical by voting #TeamHotProperty! 1-800-868-3404 or the link in my bio. Thank you for keeping us safe another week! @dancingabc @theemmaslater #dwts

Be it as an actor, realtor, or even dancer, Drew Scott has always managed to stand out with his efforts and talent! We sincerely wish him luck on DWTS. Let’s see if he’s the one made for the Mirrorball trophy this year!