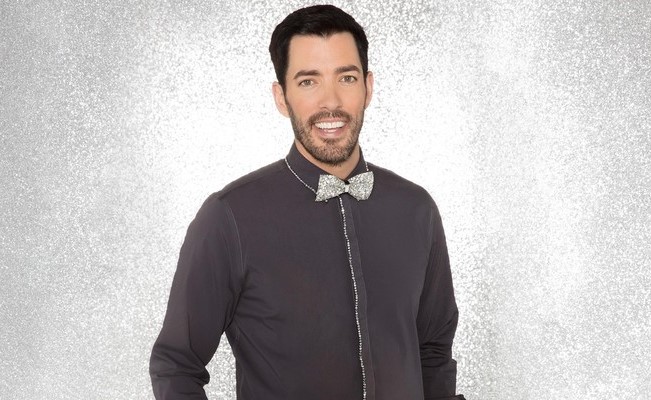 It’s true! Drew Scott and Emma slater are on Dancing with the Stars tonight, and fans of The Property Brothers cutie couldn’t be more excited! If you’re one of them, then you probably want to know more about Property Brothers’ Drew Scott and Emma Slater on DWTS. If you want to learn more about the realtor and the pro dancer, then keep reading because we have what you need.

Drew Scott on Dancing with the Stars

Drew is known for selling hot properties in Canada with his twin brother, Jonathan, but now he’s one of many to join the Dancing with the Stars cast.

“I’ve been a fan of the show for a while,” Drew told Hello! magazine. “It just never worked. But this time is different because I’m getting married. And learning how to dance from the ultimate professional right before my wedding? That’s pretty awesome.”

Emma Slater on Dancing with the Stars

We’re all used to Emma Slater on DWTS, but this is Drew Scott’s DWTS debut and they’ve been doing nothing but rehearsing all the right moves.

“Rehearsals have been fun,” said Emma, who won the competition last season. “Drew picks up choreography pretty quickly and he’s got rhythm! I’m really impressed.” We couldn’t resist asking how a dance-off with his famous sibling would turn out. “He’d have no chance against me,” quipped Drew.

While Drew is prepping for his Dancing with the Stars routine, he’s also preparing for his wedding to fiancée, Linda Phan.

“That’s a tough one. We’re filming Property Brothers at Home: Drew’s Honeymoon House now so Linda’s right in there doing the renovations. That’s really been taking a lot of our time. The wedding will be in the spring. We’re slowly getting there. We’re having a destination wedding in Europe, so we’ll hopefully lock down our location next.”

Emma and Drew on DWTS

Fans can’t wait to see the reigning champion and the famous realtor hit the dance floor, so it was a shock to hear that it almost didn’t happen! Drew has a very hectic schedule but made time to squeeze in Dancing with the Stars, along with wedding planning and travelling for work.

“I’ll be filming two of my shows up in Toronto and one of my shows in L.A. And the Sept. 18 premiere comes right in the middle of our book tour to promote our book, which comes out Sept. 5, so Emma and I will be rehearsing in a different city every night,” Drew said to People. “But this is a once-in-a-lifetime opportunity. And I’m going to learn how to dance just a few months before my wedding. That’s going to be amazing.” Talk about busy!

Fans don’t know what song or dance routine the duo will be working on, but you can bet that Emma and Drew will be giving it their best shot. Drew is naturally competitive and doesn’t plan on coasting at any point in the show.

“I’m the most competitive person you’re ever going to meet. Jonathan is my ultimate competition. But for me, it isn’t about knocking anybody down, it’s about pushing other people to do better,” Drew said to Hello! Not a bad attitude to have going into the show tonight!

Season 25 of Dancing with the Stars premieres tonight, Monday September 18, at 8:00 p.m. EST on ABC!